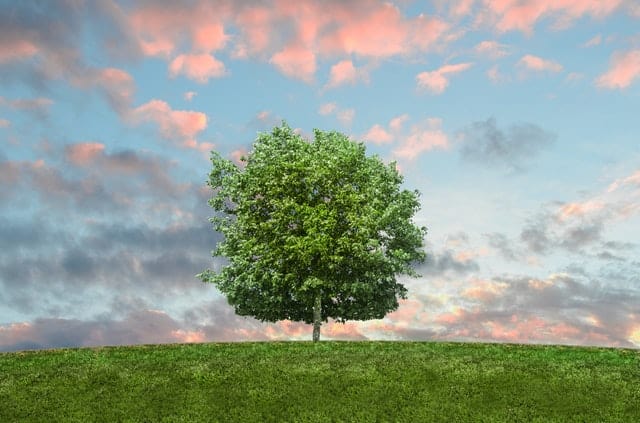 Resources are scarce and need to be used optimally. Consequently, there are measures to ensure that the available resources are monitored. Energy is a commodity that is generated from these available resources. It is one of the main reasons why man seeks to discover more resources in terms of water, wind, minerals and others to generate energy. This can be in the form of electricity or heat energy. It is thus very essential to conserve and use the available energy for the right purpose without wastage.

Energy is used in running a lot of gadgets as well as machinery and in the long run, ensures there is production of food and provision of security in a country. On this account, there are various apps that have been created by companies to monitor the utility usage of energy in households. These ‘15+ green apps’ have been explained in this article.

This is an app on iTunes developed by Graham Haley. It can monitor up to 9 separate meters including electricity, gas, solar and water. This is done by tracking the utility meters present in the house. The utility meters show the consumption of the above in a household and provides the data in terms of graphs, which have been properly analyzed through cost benefit analysis. It is able to compare the current usage and costs with the average consumption of energy.

This app shows the consumption in a household as an average. It measures the amount of electricity and gas consumed and the amount of carbon released as a result of combustion. It is optimal for monitoring the input of energy and the waste release of carbon.

This app is available on iTunes and is used to determine the amount of energy that the gadgets and appliances used at home consume. It able to calculate the average consumption of each appliance on a monthly basis. Therefore, one is able to maximize the use of energy saving appliances and reduce the use of heavy energy-consuming devices. In addition to this, the app acts as a regulator for carbon emissions and offers an alert when the carbon released exceeds the recommended release.

This is used in television sets. It is used to know the level of energy consumption of televisions. Essentially, it enables one to acquire a television that is energy-saving and efficient as well. The labels which were made in Europe have been set up with their standards that assume that the average human watches television for 4 hours in a day, a case that is not entirely true for the younger generation.

This is an app on iPhone and iPod that monitors the fuel usage of cars. It is made possible through the keying in of the relevant data when refueling takes place. The distance that the car covers as well as the next refueling makes the monitoring by the app easy. Therefore, once the rate has been established, it is easy to choose the most efficient energy consuming car to make travels during family vacations or work related trips. In doing so, the user is able to save on costs.

The app is developed by Nest Labs and is free on iTunes and available on iPhone, iPad, and iPod touch. Unlike most ‘green apps’, it has a thermostat that enables the app to have sensors on the temperature present in the household, released from various home appliances. Further, the app is used to regulate the energy in the household and the good thing is that it can be done away from the house.

One can track the temperature in the house while at work and seek to either increase or decrease it by controlling various appliances through the use of the iRemote. Moreover, as the app does the regulating, it shows the efficiency of the devices by displaying the time taken to increase or lower the energy thus making the necessary adjustments in case it slows down. It also records the energy that has been used for a certain period.

The app developed by Arca de la Alianza is found in iPhones and iPads and is free on iTunes. It lets you calculate the energy used and determine the cost. For it to work, the user needs to enter the power consumption of the device and the number of hours the device will be used in a day.

It is an app available on iTunes, Android, Windows and iPhone. Unlike most “green apps”, this app offers calculations on the amount of energy consumed and is able to determine the energy costs of various electronics. The owner of the app is required to enter data on the amount of data used on an hourly basis and the number of hours used in a day.

This data, forms equations on the trends of energy consumption thus enabling easy calculation. Not only does the Energy Cost Calculator calculate the cost of the energy used for a specified period but it also gives the amount of carbon emissions realized in the same time period. This app is recommended since it provides accurate readings, which enables one the user to pay for the exact amount of energy used.

This app calculates the amount of energy that users have consumed or used on a day to day basis. The app has 5 key fields that help to determine the energy composition of a user. These are; Electricity, Food, Recycling, Travel and Usage. The app enables the user to check the areas that have been covered in a day and the app is able to translate the information that has been keyed in and to display the energy that the user has used or consumed in that time period. The app uses carbon units to estimate the energy spent or gained. Each task completed earns the user a number of carbon units, which are used for the overall daily computation.

It was discovered in Seattle. Just as the name suggests, the app measures the user’s energy in trees, thus ‘leaf’. It takes the energy released by a user (carbon) and translated to the number of trees that that energy would be offset fully. The app has an alert system that warns the user once the energy consumed is far above the level that is recommended or that is safe.

This is another app on iPhone and iPod. Just like the Carbon Footprint, it is also used in vehicles. The app measures the efficiency of the car by taking in the data on the fuel usage and the power of the engine of the car. The results from this app enable consumers to be able to reduce fuel consumption while maintaining driving efficiency. It does this by gradually detecting your driving habits and using those trends and patterns to conserve fuel. This is a huge boost to the environment.

This is an app that has an external plug that is put between the power outlet and the appliance and is able to determine the energy that the appliance uses and transmit this data to the app. With this data, the app can calculate the energy consumption for every appliance and as well put a cost on the rate of consumption. The app is able to efficiently do so for a myriad of appliances without difficulty since it has an in-built memory thus can store a lot of data.

This is an app by British Gas. It works on the same principle as the Meter Readings but one has to key in the readings directly into the app to determine the energy that has been consumed. It is therefore a more accurate app that ensures that the exact energy used is what is paid for.

This app is developed by David Holzer. It estimates the costs needed to run an appliance by entering the relevant data related to it. That is, the power consumption, hours of use and the utility rates of energy. The results generated are accurate and can be used to determine the exact amount to pay.

The app is developed by the Neurio Company. It entails the pre-installing of two monitors, which transmit the energy consumption data in the house to the app of the user. The data on this app can also be checked using a computer and can be easily compared with that of other users to determine how well or poor the user is at regulating his consumption.