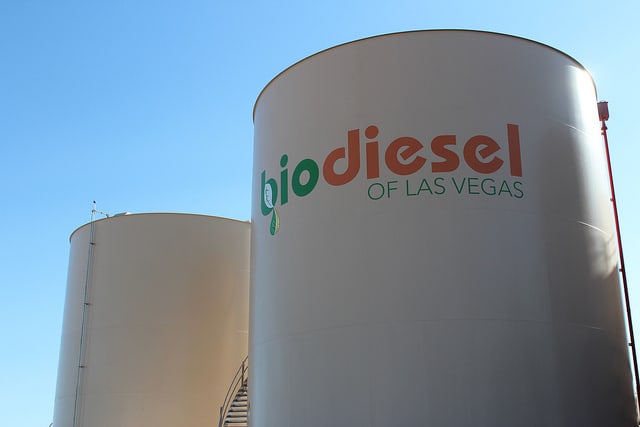 This biodiesel can be used in any standard biodiesel engine, on its own or mixed with petrodiesel in many proportions.

In the modern world when gas is a necessity, and prices are rising steadily, biodiesel has a strong advantage over others. In addition to it being more eco-friendly than fossil fuels it can be made at home with few simple steps. It’s best to use fresh oil, but waste cooking oil works fine too. The home environment has some, but to maximize the effect, you would want to use waste cooking oil from restaurants. People have begun eating out more and more in recent years, and this shift made restaurants work in fifth gear. With more meals being made, naturally, there would be more waste ingredients, including our cooking oil.

On average, during a year, a person generates 9 pounds of used cooking oil for his meals. This translates to enormous amounts. Obviously, not all of this oil is turned into biodiesel. However, according to Londonwasteclearance.org.uk, a waste disposal company that thrives in removing cooking oil from London restaurants, the amount of oil they dispose of can be used to provide biodiesel for half of the city’s needs.

Most of the chemicals used here are highly toxic and can cause severe chemical burns or worse. Inhaling some vapors can also be very dangerous. Always make your biodiesel in a ventilated area. If you spill chemicals on your hands, immediately wash it off with water. Read the warning labels for all products before using them for maximum safety.

Before you start the process of making biodiesel, make sure the room temperature is at least 70 degrees Fahrenheit. The chemical reaction will not finish if the temperature is lower than that.

And there it is. You made your own Biodiesel out of some oil and other home found ingredients.

Blends of biodiesel and hydrocarbon-based diesel are products mostly used in the retail diesel fuel marketplace. Worldwide, a “B” factor system is in place. It states how much biodiesel is in the mixture.

Blends with 20% or lower can be used in any engine without modifications (damage caused by these blends is not under warranty).

Czech jet aircraft has completed a test flight completely powered by biodiesel. In November 2011 United Airlines did a first commercial flight using biodiesel. Unlike the train, this airplane used B60 blend.

There is a law in Massachusetts that dictates that at least 2% of the home used diesel is in fact biodiesel. According to the same law, by 2013 that percentage should rise to 5%. New York City has passed a similar law.

What makes biodiesel so good? First of all, you can make it at home. Second, it’s eco-friendlier than some other fuels. And then, there is the price. You can substantially decrease money spent on fuel if you make your own from vegetable oil or similar.