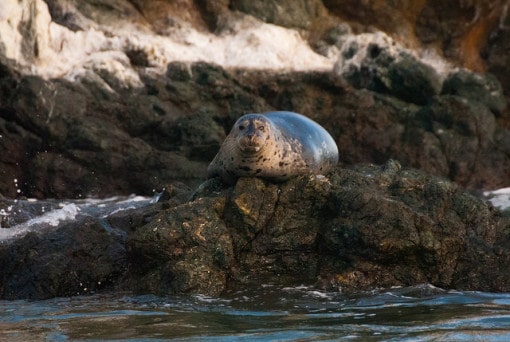 Variations in natural environment, including fauna and flora, are determined by an area’s climate, land formation and composition. Biomes are extremely important to continue life on Earth as it is known today, as each one helps to balance other biomes through climate and variation, and provides unique necessities to both biome and human. For example, land offers food for human consumption, while the aquatic biome offers an important part of the water cycle. In other words, a biome is a large ecological area on earth’s surface with distinctive plant and animal groups which are adapted to that particular environment. Biome study is why and how animals and plants are dependent upon one another, and how balance is maintained. Through this study, we only learn about the world, and ourselves.

Major biomes include, Chaparral, Desert, Aquatic, Grasslands, Forests and Tundra. These divisions are based upon climate types, soil types and plant and animal species that live in an area. Plants and animals living in a biome have special adaptations to climate and the environment which has made it possible for them to exist in that area.

“A biome is a major community of plants and animals, classified according to its predominant vegetation and characterized by the adaptations of its organisms to that particular environment.”

We do not inherit the earth from our ancestors, we borrow it from our children.
– Native American Proverb

There are roughly seven biomes found on planet Earth, with many different “sub-biomes.”

1. Chaparral: Found in many areas around the globe, but is best known in southern California, Australia, and in the Mediterranean. It is a temperate region, with low rainfall but high wildfire danger in drier summer months. Though fires are disastrous for humans, it is a necessary part of regrowth. Chaparral is one of the highest sought after places to live for its mild temperatures, at no less than 40 degrees F in winter and high generally in the upper 80s and low 90s in summer.

Plant life must be drought-tolerant, digging roots deep into the earth or having just the right kind of leaf structure. Examples of such plants are cacti, oak (including poison oak), Eucalyptus, sage, and shrubs. Many of these plants possess waxy leaves to prevent moisture loss. Drought resistant plants lose their leaves in summer to conserve energy and water needs during the hottest times of the year. This conservation is what makes these plants successful in their environment. One might catch a rare glimpse of a bobcat or cougar; animals you would see frequently might be lizards, snakes, and deer, or koalas in Australia.

2. Desert: The most notable attribute of any given desert is the image of unforgiving landscape and high temperatures. However, some deserts are actually quite cold through most of the year. The flora and fauna of the deserts offer the most extreme adaptations to live in both drought and heat. Animals of this region are able to feed less often, thus conserving energy both by slowly metabolizing food and by conserving energy by not needing to frequently hunt or forage. A desert biome can be sub-categorized into four different types: Hot and Dry, Semi-Arid, Coastal, and Cold.

3. Aquatic: Aquatic biome cover any part of the earth that is covered with water. The Aquatic biome can further be divided into two, Freshwater Biomes (lakes and ponds, rivers and streams, wetlands) and Marine Biomes (oceans, coral reefs and estuaries).

4. Grasslands: Tropical Savannas and Temperate Grasslands make up this biome, but the types of grasses in this treeless biome characterize both. Grasslands can be cold in the winter, while the summer gives way very high heat. It receives 30 plus inches of rain each year. The American plains and prairies, but also the steppes of Russia and China, the veldts of South Africa, among others, characterize grasslands and Savannas. Found between the desert and mountain biomes, grasslands are considered a transitional biome. Animals found in Temperate Grasslands might be the bison, prairie chicken, geese, grasshoppers, and even the Gray Wolf. Here the balance between flora and fauna is even more delicate than other biomes.

6. Tundra: Making up roughly 20% of the earth, the tundra is a treeless plain. Though some vegetation exists, it tends to be sparse, and generally very short trees and shrubs. The most likely cause of this stunted vegetation is the permafrost, which is the frozen ground of the tundra that never thaws. The two sub-biomes are Arctic and Alpine.

We can learn much from biomes. Conservation of energy in the Chaparral, adaptations to be energy efficient in the Deserts; losing one biome could impact the entire globe negatively. Within and between biomes, it is observable that energy is a careful balance between conservation and adaptation, continuously evolving and planning ahead for survival.