With soft, feathery evergreen foliage, Cypress trees make an attractive addition to any landscape. Their nearly 130 species are native to almost every climate and habitat.

If you want your winter garden to have a more dramatic flair, adding a cypress tree with its thick, green foliage is a terrific way to add color to your landscape.

Cypress trees can give a sufficient amount of shade in the yard without the need for a great deal of laborious upkeep because of their ability to grow to quite large heights. However, did you know that there are more than 130 kinds of cypress trees worldwide?

In this article, we are going to take a look at 13 different types of cypress trees.

The new growth of an Italian Cypress tree may attain a height of between 3 and 5 feet every year. This attribute contributes to the tree’s reputation as a fast-growing species. These trees typically reach heights of between 30 and 40 feet, have a somewhat thin crown, and are adaptable.

They do not get cultivated, reaching a width of just 5 feet when mature, which makes them an excellent choice for use as accent privacy barriers. Driveways and walks are common locations for planting Italian cypress trees because of their regal appearance.

Coniferous trees of moderate size, Monterey cypress trees are endemic to the state of California. The top of the cypress tree is distinctively flat and extends in a lateral direction. The height of a mature Californian cypress tree may reach up to 40 meters (130 feet). These cypress trees are native to the United States, but you may also find them growing in Europe, New Zealand, and a few nations in Africa.

When the leaves of Monterey cypress trees are crushed, a lemony odor is released. These leaves are scale-like and have a vivid green color. As the tree ages, its hard, fibrous bark becomes a grayish tint and begins to peel away in strips. Monterey cypress trees exhibit this characteristic. Oblong in shape, the conifer cones that develop on Monterey cypresses may reach a length of up to four centimeters in length.

Bald cypress one is native to Florida and does very well in wetter environments such as ponds, marshlands, and flood zones, where it may almost flourish. This cypress gets its name because it loses all of its needles throughout the winter.

They may reach heights of up to 70 feet and can survive in dry soils, making them an excellent option for any garden. They are characterized by their upright and triangular structure and the fact that their roots are wound around the knees.

The bluish-green tint of the foliage of blue cypress trees is where the tree gets its common name. In residential and commercial settings, this tree is often used for landscaping. The Southwestern United States and Northern Mexico both have a significant population of the Blue Cypress tree. The Blue Cypress tree is very resistant to disease and has a very sluggish pace of development.

The southern region of the United States is the natural habitat of the Gowen cypress tree. Typically, you may find it in swampy or boggy forest areas. The height of individuals in this species may vary widely, although they often reach thirty feet or more. The Gowen cypress tree is a huge evergreen tree known for producing trunks and branches that are often bent in shape.

No other species of cypress can compare to the beauty and elegance of the Cupressus Cashmeriana, which, despite its name, is really indigenous to Bhutan and not Kashmir. However, there are two reasons why it should be considered for incorporation into nearly any environment. The fact that it can only survive in Zone 9 and grows to be an immense size are, however, two factors that make it impossible to recommend.

On the other hand, nothing should be a barrier for you, provided you have the space and are in an area with a pleasant temperature. Its drooping branches sway gently in the wind, and the blue-green tint of its foliage makes it easy to pair with almost any other color. Even though it was originally from a location that experiences monsoons, it performs pretty well in gardens with just a modest amount of watering.

The Nootka cypress, the Alaskan cypress or the Yellow Cypress, is a tree indigenous to the west coast of North America, ranging from Northern California to Alaska. It thrives in chilly climates and, preferably, in USDA Zone 9, although it may even thrive in Zone 5 if conditions are right.

Even though there are numerous types of Nootka, the Green Arrow is by far the most common and popular garden culture. It is characterized by a compact form abundant in dark green foliage. Despite its height, it has a somewhat compact root system so that it won’t take up much space.

It has the potential to reach a height of twenty feet and a width of two to three feet. Therefore, it is an excellent choice for cultivating a tree in a restricted space, such as a small garden.

The Chinese Weeping Cypress is yet another well-liked kind of Cypress Trees. It is distinguished by its medium-sized coniferous growth and its pale green leaves. Because of the way it looks while it is in mourning, it is also known as the Mourning Cypress.

The tree seems to be in a state of sadness due to the drooping limbs that dangle off of it. The tree’s growth pattern makes it a good choice for use as an attractive evergreen tree.

The majority of its propagation takes place in expansive gardens and public parks. The Chinese Weeping Cypress, also known as the Mourning Cypress, thrives in zones 7-10. It is necessary to have direct sunlight for at least half the day and some shade for the other half of the day. At maturity, it may reach a height of between 20 and 30 feet.

Arizona tree is mainly grown in Arizona and is one of the most beautiful trees in the world. It comes with yellow flowers that are produced in later winter and early spring. Arizona cypress tree requires full sun for 6 hrs each day and can provide shade in summer as well as winter months.

See also  Can You Compost Raw Eggs? (And Cooked Eggs Too?)

This tree can grow up to 50 feet tall, and comes up in a pyramidal shape which makes it excellent for Christmas trees.

The Dwarf Cypress tree is a little, fragile tree native to the Southeast region of the United States. You may find them there. It is an evergreen shrub that is low to the ground and has a broad, flat crown. These trees have the potential to reach heights of between 20 and 30 feet when fully mature.

The leaves are shaped like needles and grow in a manner that is low to the ground. This tree is known to produce stunningly lovely white blossoms somewhere between the end of spring and the beginning of summer.

This one is indigenous to Japan and is considered an important character in Shinto rituals. It is a cypress that matures very slowly and has the classic pyramidal shape. The tips of its leaf have a drooping appearance, while the foliage itself is needlelike, dark green in color, and seems glossy.

They may become quite tall, sometimes reaching heights up to 80 feet. There is also a kind of dwarf hinoki cypress that is perfect for growing inside containers.

Lemon cypress may very well be the most well-liked landscaping cypress available. They are cherished for the velvety texture of their leaves and the golden yellow hue they maintain throughout the year. It has a columnar growth pattern, spherical cones, and scaly bark. It also has a good appearance.

To create a natural, living hedge, plant Leyland cypress trees next to one another in areas that receive enough light. A natural, evergreen fence between 2 and 7 meters tall may be grown to offer seclusion to a garden. The height of the fence should be between 6 and 22 feet. 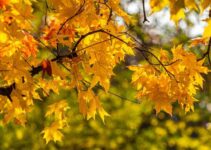 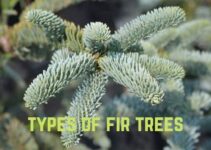 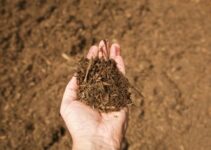 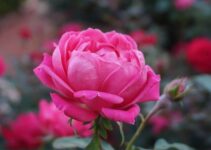 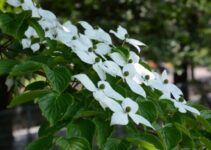