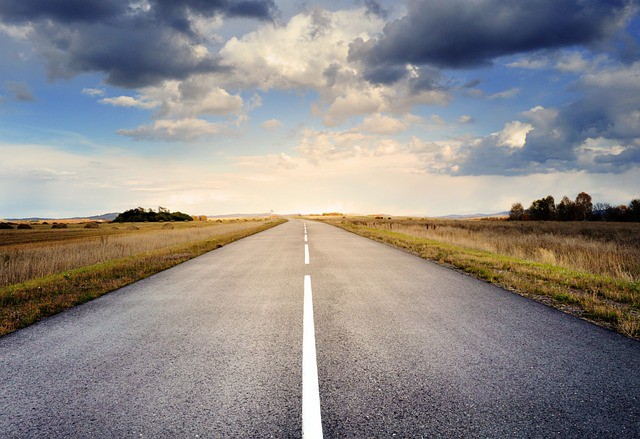 The auto industry has seen significant sustainable evolution over the course of the past decade. The same can be said, though, for the roads that these cars will soon drive on. The infrastructure of international highways is changing to match the ecological and economic priorities of different countries. As such, several green road options have arisen as viable ways of powering not only individual lights but passing cars and entire cities.

Research into sustainable energy’s integration into international roadways has been ongoing for nearly two decades. The various options now available still need fine-tuning, but they offer an energy-efficient view of the future.

To start, let’s look at a technology that can seamlessly make use of an already-occurring phenomenon.Piezoelectric Energy Harvesting makes use of the ‘rumbling’ of your car as it makes its way down the highway. Crystals embedded in piezoelectric roads are deformed when driven over. When the ‘rumbling’ occurs, the energy released in that distortion is placed into batteries.

The California state government began considering the integration of piezoelectric energy harvesting roads into their freeways back in 2014. They have, in the years since, installed a ‘rumble road’ that uses the energy gathered from passing cars to power the streetlights on the side of the road. This rumble road is, so far, the best advertised. The energy-harvesting methods behind it have been researched by institutions around the world, though. Further integration seems to be only a matter of time.

Piezoelectric energy harvesting limits the amount of electricity that goes into the upkeep and management of these roadways by making use of a natural – or, at least, common – resource. It also makes use of that age-old nuisance: noise pollution. While it doesn’t limit the amount of traffic noise that makes it off of the highway, it does redirect that noise and produces energy for it.

For a sustainable option that’s more familiar, consider a photovoltaic system – or, traditional solar panels as integrated into a roadway. Popular culture has made solar panel’s method of collecting sunlight and converting it into energy reasonably well-known. With the inclusion of a protective layer between these panels and cars on the road, highways can make use of that captured energy to much the same degree that the integrators of the piezoelectric energy harvesting methods can.

These solar roads have seen wider installation. Conversation about these sunshine roads began in 2010, thanks to a study released by Doctors Simpson, Markel, and O’Keefe. In the years since, Scott and Julie Brusaw have helmed the creation of Solar Roadways, an American company advocating for the installation of solar panels into roadways around the country.

While Solar Roadways has yet to see national success, France has debuted one kilometre of roadway that is now said to power nearly 800 homes. This stretch, based in Normandy, was put into place by Colas’ Wattway in late 2016.

Solar energy limits the number of resources that local governments have to spend on maintaining their roadways. For example, the energy collected from solar panels can be used to de-ice winter-y roads, eliminating the need to spread ice salt and contaminate local ecosystems. In the case of Normandy, France, these roads stand in for traditional power centres, providing energy to those who need it without taking up additional acreage in the form of solar farms.

One variation on the solar road includes solar panels integrated with UV permeable material. UV light exists outside of the span of visible light and has a shorter energy wave. UV photons provide more electricity when collected via solar panels because it takes less energy to convert them from their raw form to a consumable form. As such, these materials’ integration in international highways may see more efficient solar roadways than those which already exist.

The use of UV materials alongside solar panels on the road has yet to see integration, although conversation about the topic has been on the rise since 2012. Of all the possible driving forces, Wattway, the same company that saw France’s first solar road come to light, looks as though it may lead the charge into this improved system of energy collection. Wattway’s solar interstates debuted in the United States as of 2017 and now stand ready near the Alabama and Georgia border.

China, too, is on the verge of enjoying greater electric efficiency. Quli Transportation Development Group, in affiliation with the Chinese government, recently installed a one-kilometre solar interstate in Jinan, China. While it appears that this roadway makes use of more traditional solar panels, as opposed to those which would make use of additional UV accessible materials, it so far has been used to power nearly 300 homes off the interstate.

With the additional power provided by UV protons, roads that integrate UV accessible materials into their solar panels could see more benefit than just charged streetlights. These roads could also charge electric cars as they drive or park on the highway. At their most efficient, UV permeable materials could see drivers charging their phones on the road without the need for wires. The energy instead could be transferred from the solar panels into the cars without the need for drivers to slow their travels.

Even more experimental than the use of UV light comes the use of electromagnetic induction to generate energy on the road. When an electric coil is installed beneath the road, it can make use of the magnetic field surrounding the planet and direct captured energy into the cars above it, so long as they’re primed with a receiver. This form of energy transference is, like its predecessors, contactless, meaning that both electric cars and the compatible devices within them could receive a charge when driving on electromagnetic roadways.

Germany and Korea have both been researching electromagnetic induction as part of their roadways, but neither country has integrated the system into their existing infrastructure. In Germany, this research is helmed by Ingenieurgesellschaft Auto und Verkehr, or IAV. Korea looks to its Korea Advanced Institute of Science and Technology, or KAIST, to lead the electric charge. The research performed by both organizations has an origin in late 2015 and seems to have progressed steadily since.

Electromagnetic induction may be more efficient at energy collection and redistribution than its solar cousins, though its environmental impact is much the same. It provides countries the opportunity to power homes without the use of fossil fuels and to limit the number of dangerous resources used to maintain roadways in the colder months of the year. Electromagnetic induction will also not rely on the same delicate materials as solar panels, potentially making it a less costly installation.

The opportunities for more sustainable roadways are, as suggested, limited only by the imagination. While integration of the four different options listed here is still in progress, research into their most effective forms continues. All the same, within them lies a hopeful and energy-efficient glimpse of a more sustainable future.