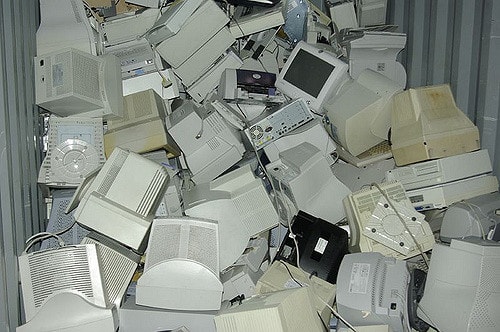 Computer recycling refers to the reprocessing and reuse of desktop computers and laptops that have been discarded or considered to be obsolete. It also includes computer components such as monitors, screens, keyboards, motherboards, mouse, and central processors. Recycling of computers is done to reduce landfills, conserve precious non-renewable resources, and to promote human and environmental health by disposing computers and their parts in an environmentally friendly way.

Computers are usually made of cadmium, silicon, lead, mercury, hexavalent chromium and numerous other materials. All these metals, wires and plastics make up a single component of a computer which takes a long process to be formed. So why should waste money and resources, when you can renew them by e-waste recycling? It will save energy and money also!

In the recycling facilities of obsolete computers and laptops, a general recycling process is used. The process is well elaborated in the steps outlined below.

Unwanted or obsolete computers have to be collected from the owners or computer waste collection points when they fill up to the recycling company. The computer collection centers operate differently depending on the policies used during collection. Some recyclers may pay the owners of the computers while others charge the owners for disposal. Some, mostly computer manufacturing recyclers, trade in the old computer in exchange for a new one at a small cost. It is a way of reducing the environmental footprint, recovering some items for reproduction, and promoting the sale of new computers.

All the collected computers are then manually sorted by item type before moving into the advanced stages of processing and reuse. Computers with cathode ray tubes (CRT) in them are processed in one line and the rest processed in another.

After sorting, the computer devices are tested for possibility of reuse. If still functional or in a fairly good working condition, and the parts are not superannuated or only requires a little upgrading, the computer is likely to be upgraded or refurbished and then sold or donated. It is usually done after enhancive repairs and memory wipe after which the computers are donated to charity for second life or sold to second hand computer shops where the demand for second hand computers are high.

After the entire computer sets are checked for potential reuse, the ones that don’t satisfy the need for refurbishing or if the upgrade costs outweigh the reuse benefits, the computer components are taken apart. The basic computer components that are disassembled generally include: speakers, sound and graphic cards, circuit board, DVD drives, hard disks, and keyboard among other parts. The process is manually carried out by highly skilled personnel so as to maintain the utility of the components.

The components that function after manual disassembly are sold to second hand consumers or computer manufacturers for use in manufacture of new computer sets or for refurbishment.

Some recyclers may at this stage also dismantle the devices and further categorize them into plastics, ferrous and non-ferrous materials, circuit boards, and CRTs. CRTs are handled with great care due to their composition of hazardous materials such as lead, cadmium, mercury, phosphors, and barium. They are taken apart and sent to specialized facilities skilled at removing lead from the CRT glass panel.

See also  Are Air Filters Recyclable? (And Are They Washable?)

Other dangerous components, such as the rechargeable batteries, are sent to secondary recyclers specialized in battery recycling and production.

All hard drives and processors are shredded or crashed in a ten ton process. It is essentially done to ensure all the data in the hard drive is destroyed. They are then processed into aluminum ingots for use in automotive industry.

Once the useful and hazardous components of the computer sets have been harvested, the pieces left are further shredded by material composition. For instance, plastic shells of the computers, metals, circuit boards, wires and so on are broken down separately.

The resultant debris is then passed through screening techniques to remove valuable components. Smelting is as well used to recover any further precious metals such as iron, gold, silver, and copper among other valued components from the debris.

The various materials recovered can then be ferried downstream to respective secondary material recyclers for additional processing. The secondary recyclers, manufacturers, or raw material buyers reuse the materials for manufacture of new products. For example, the metals are sent to metal recyclers to manufacture new steel and other metallic materials.

The same is done for plastics in the manufacture of plastic products, and similarly applies to other recovered materials. The only exception is CRT glass which is taken through a specialized recycling process to remove lead and other hazardous materials from the glass. In most cases, CRT is sold to downstream CRT recyclers or manufactures who extract glass for reuse or for manufacturing new CRT devices.