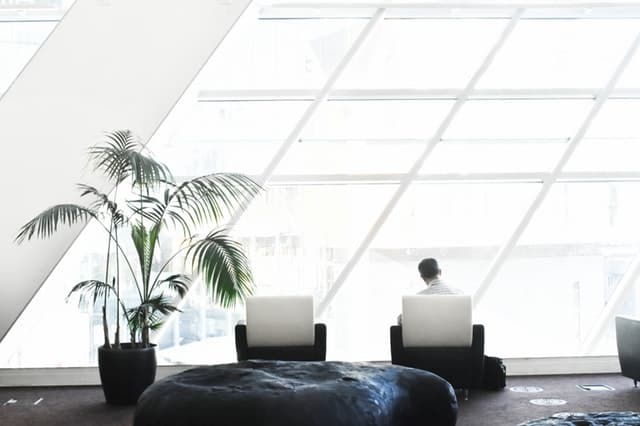 Minimalism is an act that is intentional and marked on purpose. It is a culture that embraces the promotion of that which we love most followed by a simultaneous decrease in the stuff we do not need. One cool thing about minimalism is that it is a lifestyle being positively embraced globally. Minimalists believe that less is better, that is, the less you have the more the satisfaction an individual will derive.

Modern life dictates otherwise, where more possession signifies wealth and actualization. More to this, minimalism escapes the grasp of consumerism and encourages the boosting of family and relationships. There is more personal interaction in a minimalist lifestyle since there is less contact with social ‘virtual’ life and more real-life connections with people. This article seeks to pinpoint 25 powerful reasons why everyone should become a minimalist.

If one’s life is simple, contentment has to come. Simplicity is extremely important for happiness. Having few desires, feeling satisfied with what you have, is very vital: satisfaction with just enough food, clothing, and shelter to protect yourself from the elementS

1. It guarantees success at a young age

The minimalist living encourages people to be more determined with what they want to pursue in life. Also, the absence of noise pollution caused by cable enables more time to focus on studies and other projects.

In this view, a young individual seeking to study hard will do so optimally in this type of living. Dreams can be realized by becoming a minimalist.

2. It promotes a healthier mind

In a minimalist’s life, there is less junk to feed the brain. There is little or no television, no social media, emails, and just occasional calls.

This means that the space occupied by this media in one individual in modern society is free in the minimalist enabling him to have a very clear mind and to set out to do as he/she desires without any mental distraction.

3. It enables individuals to be more careful with what they say

Minimalists have calmer thoughts and with less junk in their minds, one would expect them to place a lot of their knowhow on others. Nevertheless, they value people more. As such, they are more interpersonal and understanding and always seek the best in people. Moreover, they are cohesive and aid in mending broken relations.

4. It ensures a better love life

This lifestyle offers more time for interpersonal interaction. It reduces the time spent on social media and promotes relationships. This is the best time to be dating since there are fewer distractions and a lot of time to get acquainted with the partner.

Also, there is less privacy and thus, partners are able to see more of each other which boosts the love for each other.

5. There is less debt management

By living a minimalist life, options such as smaller housing come in. The evolution of tiny houses has seen the slashing on electric costs and mortgage costs. By living with less, there is less to pay for on a timely basis.

6. It ensures appreciation for what goes on globally

There are a lot of people who need help in the world. This lifestyle enables the charity to begin at home with residents helping those who cannot help themselves either financially, emotionally, psychologically, or physically. This show of affection is the same one that is seen globally since there are more minimalists making the world a better place.

Living as a minimalist teaches people to appreciate that which they value most. It is for this reason that individuals choose to be minimalists. They are inspired to follow their dreams and to see them to completion.

Also, they are willing to aid others to further their own case as they prosper as well. As a result, everyone around them is able to grow and move from one level of fulfillment to another.

It is normal for people to seek to have new friends that they can interact with. Nevertheless, old is gold and the old friends should be treasured since they have stood together with you when times were hard and when they became better. They are the same people who will advise you when they see you veer off from the track.

9. An ability to create opportunities where others see none

Individuals who live a minimalist life are used to living with less for more utility. They are able to utilize the few and the small to build happiness. As a result, in an area where most people would be willing to quit, they are able to survive with less and seek ways to prosper.

10. Focusing on talents and abilities

With less to stress about, there is a lot of time to think of constructive matters. As such, as people focus on their dreams, some might have their dreams embedded in their talents. If this is the case, then a minimalist lifestyle will see the growth of these talents and abilities to help others.

11. There is an ease in making travels

Travelling is made even easier in this lifestyle. For starters, there is a lot less packing to be done. Most travelers are stressed with the amount of luggage to carry and how or what to carry it.

This is a non-issue to the minimalists who thrive in having less even in their travels. Moreover, they realize that the essence of a visit is not in the souvenirs but in the time spent with family and friends.

As people who have a clear purpose as to what they want to do, minimalists have a clear sense of time and punctuality. They recognize the fact that in order to continue furthering their dream, they have to be serious about appointments and deadlines.

It is also to their best interests that they keep a good rapport with their bosses who will recognize their value.

13. There is a boost in confidence

People, who have identified their purpose in this world, have set their visions right and are on the road to realizing their dreams are confident. They are confident that they can conquer anything sent their way with ease.

Their ability to create a good rapport with people wherever they go also helps in increasing their self-awareness and thus, their self-confidence.

The basic concept of minimalism entails less. By having a lot of stuff to deal with or to store up, an individual is set to be stressed on the security of all items or where to store it. Consequently, by practicing this culture of minimalism, there is less stress due to fewer things to think about. This frees the mind.

15. It enables one to be empathetic

There is a general desire to see to the peace of everyone by a resident who practices the culture. For this reason, they are able to allocate time to see their friends and neighbors and provide a listening hear. They are also able to do so because they know the value of people and always see the good in people.

16. There are more friends to make

There is a chance to make a lot of friends. This is because minimalists are very friendly people who always seek to know more people. They have an air of understanding about them that enables them to connect with strangers and turn them to friends.

17. It provides an understanding of the presence

Minimalists are able to easily connect with nature and tell what they need just by looking at it. With less at home, they are able to have a keen eye for what they need most. This coupled with their sense of choice enables them to have only that which they need.

18. It keeps a smile on their faces

The many activities by the minimalists will provide a smile at night. With the knowledge that they have helped people, they have realized their dreams and visions and aided others to see to theirs, they will sleep peacefully and happy.

There are very few things if any, holding a minimalist down. Therefore, they have all the time to focus on what they desire to pursue in the form of dreams and visions. Entering the entrepreneurship industry is a profit-maximizing venture for one who has set his sights in it. They are willing to take risks since there is less to lose.

20. It promotes a healthier body

By keeping less, they know the benefits. It is also essential for the same to be replicated in the consumption of food in the body. Also, working out enables a healthier body. By reducing excessive weight and eating healthy, there is the growth of a healthy human body.

A minimalist’s life is characterized by living easy with less on your plate. This provides happiness. When an individual sleeps in their bed and sees the life he is living, he is able to beam with joy at what he or she has done for himself and for the world at large.

Living a minimalist life enables family members to grow together. In the instance that there is a strain, then the resolution is quick since understanding is paramount in the household. This enables families to grow strong, maintain the bond and spread the love to the younger generation.

23. There is a sense of respect that is cultivated

As people seek to achieve their dreams, they meet others who have made it. It boosts their morale to work harder to realize their goals and it is in this sense that respect is earned. In a similar situation, when they see others struggling to make it, the offer assistance and advice with the utmost respect.

25. To be environmentally conscious

Minimalism reduces our impact on the environment. With less stuff, there is a lower incidence of pollution. 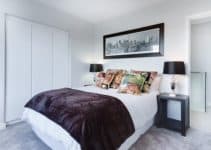 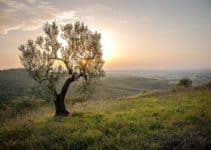