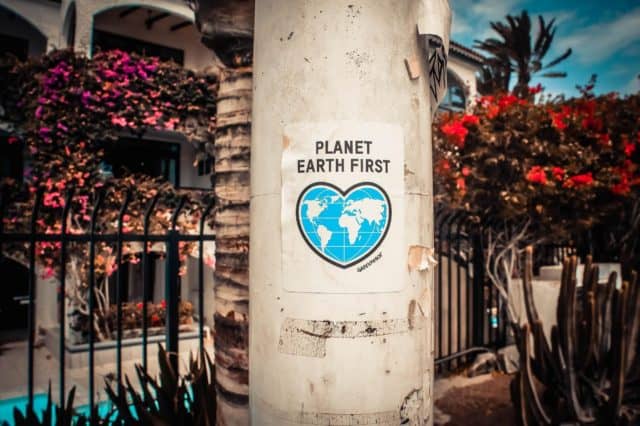 Making money by saving the environment may sound too good to be true, but if you take a closer look the fight to save the planet offers some rather lucrative opportunities. When economic interests and environmental conservation efforts align, savvy entrepreneurs and clever savers have an opportunity to reap the rewards.

Perhaps the best example of this alignment is in what a Gumtree report calls ‘The Second Hand Economy’.

The report counts each action of selling, swapping, buying or donating a used or pre-loved item as part of the second-hand economy. According to Gumtree estimates, this sub-industry is flying under the radar, rapidly expanding, and could soon be worth multiple billions of dollars globally.

The report, which focused on Australian households, found that nearly 90% of Aussies had unwanted goods lying around the house that could be reused or resold to someone else. There are an estimated 25 such unwanted items per household and selling them all could net each family $4200.

For context, Australia’s median household income is $84,032 annually. That means selling used goods and unnecessary items could add two and a half weeks worth of pay to every household’s annual budget.

That’s the sort of the difference that can have tangible impacts on the family’s quality of life and the robustness of the wider economy.

Of course, this phenomenon isn’t restricted to Australia. Research from the University of Toronto and Montreal’s Observatoire de la Consommation Responsible indicates that consumer spending on second-hand goods contributes nearly $34 billion to Canada’s economy every year.

This spending is mainly driven by dollars that would otherwise have been spent on importing new goods. Similarly, the market for used clothes in East Africa was worth $274 million in 2015 and second-hand goods account for 1 million rand worth of purchases in South Africa.

These substantial sums of money indicate the inherent economic value of the second-hand goods economy.

It seems reasonable that the reuse of goods would have positive economic impacts. Efficiency is, after all, a fundamental trait of capitalism. Reusing a good that has been manufactured, sold, and used by the first owner adds an extra layer of value to the good before it is completely depreciated.

These efficiencies can lead to more jobs created for those who either repair, deliver, or resell used goods. Perhaps the most interesting economic feature of the second-hand goods economy is how universal it is. Reusing or reselling items goes beyond borders and class. Rich, developed nations are participating in this secondary economy nearly as much as the poorer, less developed parts of the world.

Not only is the second-hand economy a booming business, but it’s also a critical element of the fight to save the planet. Each reused item prevents a sizable amount of greenhouse gas emissions.

From the electricity and water used in production to the fuel spent by trucks and ships across the global supply chain, each new item of consumption contributes to the deteriorating state of the planet’s ecosystem.

According to The Carbon Trust, clothing alone accounts for around 3% of the global production (or 850 million metric tonnes) of CO2 emissions per year. Other items like CDs, electronics, furniture, toys, books, and white goods have varying degrees of impact on the atmosphere.

See also  How Many Amps Does a Treadmill Use? (Answered)

Cutting out the entire process of manufacturing and delivering a new item culls its carbon footprint. Every reused glass bottle or piece of furniture saves not only the raw materials used to create it, but also the oil, gas, electricity, and water used in the manufacturing process.

In the case of some goods the reusability and environmental impact of the manufacturing process are both magnified. Leather, for example, has a much longer shelf life than most other materials. While faux leather cracks and wears out easily within a few years, the genuine stuff can last for up to two decades. This means a pair of dress shoes or a premium leather belt can be worn and resold or reused by multiple people across generations.

Furthermore, leather production is also considered to be one of the most environmentally harmful processes. Cattle reared for their hide may be the biggest contributor to the planet’s annual greenhouse gas emissions. In certain parts of the world, the process of extracting leather may be excessively cruel to the animal. Meanwhile, the salts and chemicals used to process the leather and preserve its natural qualities often end up in rivers, polluting areas far beyond the production center.

Finally, transport and greenhouse gas emissions from the transportation of finished leather goods expand the carbon footprint of every handbag and every leather belt even further.

Leather is just one example of a material that is destructive to produce and viable for reuse for many years. Other such materials such as plastic, cotton, aluminum, and copper are equally abundant in the modern world.

In recent years, certain mainstream items have combined a wide range of materials sourced from different parts of the world and assembled in a complex structure which magnifies the potential environmental impact. Digital devices are the best example of this. Smartphones, laptops, and tablets contain trace amounts of rare earth minerals, batteries that can leak toxic substances into the ground or water around them when they degrade, or complex plastic coatings that are non-biodegradable.

Although these digital devices are frequently resold and reused, minimizing the potential impact on the environment, manufacturers admit to design them with planned obsolescence which caps the potential for reuse. This is where consumer groups and regulatory watchdogs need to pressure legislatures and political leaders to take action and compel the industry to have better standards.

Understanding the way things are built and the materials used allows consumers to make conscious decisions about their environmental impact. Often, the best choice for most consumers is to buy second-hand items that are marked down in price and available conveniently where they live. For sellers, reselling or donating used goods strikes the perfect balance between making money and saving the world.