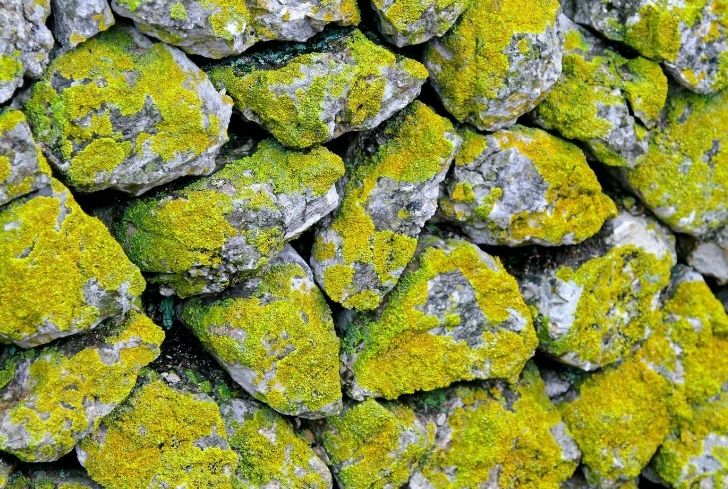 The beautifully moist soil right under your plants may not sustain grass. But that doesn’t stop it from being lavishly green with a unique range of mosses. But as your tiny piece of green starts to thrive, a bunch of weeds starts growing right under the moss.

Even though you can use a glyphosate-based product like Roundup to weed out the weeds, they aren’t as effective moss. In the following few sections, we will tell you why.

No, Roundup will certainly not kill the moss under your trees. The primary ingredient of Roundup is glyphosate which manages to have a bare minimum impact on the moss below. As a gardening enthusiast, you need to first understand that every type of weed killer may not have the same impact on the moss.

Why? Because plants don’t grow the same way. If you want to kill moss, you need a certain herbicide or a type of weedkiller.

Currently, you will find a range of moss-killing products available over the counter. Almost many of them are highly effective. You need to explore your options to find a suitable solution to get rid of the moss that seems to invade your garden.

In this article, we will discuss what Roundup kills and doesn’t and also share some additional advice on preventing moss from growing along with the pavers.

Does Roundup Kill Moss on Bricks?

As mentioned already, while Roundup is one of the most effective products when it comes to killing weed, it does not have the same impact on moss. You can use Roundup on a wide range of weeds.

Because the type of glyphosate in question is nonselective, it will end up killing weeds as well as your favorite plants. You don’t want this to happen and that is why you need to use it sparingly.

Glyphosate won’t kill moss, and to get rid of moss you need to use some powerful formulation that is already laden with herbicides like triclopyr. These will also help get rid of shrubs and any other wooden vine in your area.

The product works by breaking through the waxy external covering of the leaves, unlike glyphosate that reaches the roots of the plants, ultimately killing them.

Does Weed Killer Kill Moss on the Patio?

Unfortunately, no, a weed killer cannot kill moss on your patio. In certain cases, Weed Killer happens to be the primary substitute for Roundup. In fact, certain people also use the term interchangeably.

If you are really looking to kill the moss on your patio try following this simple tip:

Let it soak in enough sun. Sun is often the simplest and most affordable option when it comes to getting rid of moss from around and under your trees. Just make sure the moss gets enough sunlight.

To do this, you might have to do some moving around. First move the cars, swings, and any other furniture you’re using on the patio. Next, get all your shrubs and trees properly pruned. Finally, let your trees and moss soak in the beautiful sun. In the majority of the cases, moss won’t grow if the area itself is fully soaked in sun.

Additionally, it hates dry spots. So, if you have moss growing around your patio it might be because of the excess moisture. And in this case, your best and simplest savior would be a good dose of sunlight.

Repeat this a couple of times more until you find the moss finally drying up. If the layer of moss isn’t as thick, this should be your only solution to figure the issue out.

Does Roundup Kill Moss Between Pavers?

This is perhaps the simplest and most affordable way to get rid of moss. Just make sure the affected area gets ample sunlight. To facilitate the process, you may need to get your cars and other furniture out of the area and allow the moss to be in direct contact with the sunlight.

In case the moss had developed due to an impaired or leaking faucet, you may need to adjust or tweak it as needed to avoid moss developing in that zone.

If you want a surefire way to tame the unwieldy moss on your patio, you might want to add boiling water to it. Just let the water get to a full simmer and then pour it onto the affected region. The impact on your other garden plants would be minimal and the process is extremely simple.

Once you’re done pouring the water, you might need to scrub the area with a sturdy scrubber. This will help get rid of any trace element of moss in that specific area.

This is yet another natural but effective way to get rid of moss from your pavers. Because this process requires plenty of water in full force, that is why we have recommended this later. Try the previous options and in case the moss still doesn’t go, consider pressure washing.

While power washing, the sand along the joint of your pavers may wash away. To avoid this, you might want to clean the paver and seal it once you are done.

If you do opt for power washing, you may need to replace joint sand between your pavers if it is washed away in the process. Cleaning and sealing your pavers are a great way to remove moss and restore the original appearance of your paving stones.

This is a strong solution that will certainly help you remove moss from pavers. However, because bleach is extremely intense make sure you do not have children or kids in the area. You also want to make sure the bleach doesn’t touch the plants in the vicinity.

Even before you apply the bleach, you should ideally scrub off the whole section with a solid broom or brush. Now take a spray bottle and add half a cup of water and half a cup of bleach to it. Give the whole thing a good mix and allow it to settle for at least 15 minutes.

Finally, spray the bleach on the affected area and rinse it off with flowing water. If it doesn’t work the first time, repeat the steps until it finally works.

This is your final straw when nothing else works. We do not recommend moss killers because they are often laden with carcinogenic agents. In case, you absolutely need to buy it because none of the solutions worked or the moss is extremely stubborn, try to choose a subtle variant that won’t damage your other plants.

Does Roundup Kill Moss on the Roof?

Unfortunately, no, Roundup can’t kill moss on any concrete surface including your roof. But that doesn’t mean you can’t get rid of moss from your roof.

Here are some simple tricks to kill and prevent moss from thriving on your roof:

Create a solution of vinegar and water in a 1:4 ratio and sprinkle it on your roof. You might need to do this several times a day until you achieve desired results. Either way, follow this for a while until you entirely remove the moss from the area.

As with the previous method, you might need to give your roof a good scrub after adding the mix.

Roundup will effectively kill all types of vegetation including the grasses on your lawn. You might want to use this to get rid of existing grass or before you add a new layer of grass seeds. Roundup can also be used to get rid of annual lawn grasses.

Will Roundup Kill Moss in a Pond?

While Roundup will kill algae in your pond, it won’t get rid of moss entirely.

How Do You Stop Moss From Growing Between Pavers?

If you want moss to stop growing amid your pavers, you might want to treat it with some baking soda. Simply sprinkle some baking soda on your paver cracks and you will soon notice that moss doesn’t grow as frequently as it used to.

Now that you know what Roundup can and cannot kill, we are certain, that most of your doubts are clarified. If you’re looking to kill a weed or any other grass variant, you can always use a Roundup to kill them. However, when it comes to moss you need something sturdier and better.

Also, since we shared our unique insights on stopping moss from growing along with your pavers, you will certainly have an easier time navigating this area. Remember, a bit of moss under your trees doesn’t do any harm.

Your key here is to inspect the kind of moss and only get rid of it if it is too slippery or appears toxic. Until then, use Roundup to kill weeds and use our suggested solutions to prevent moss growth.