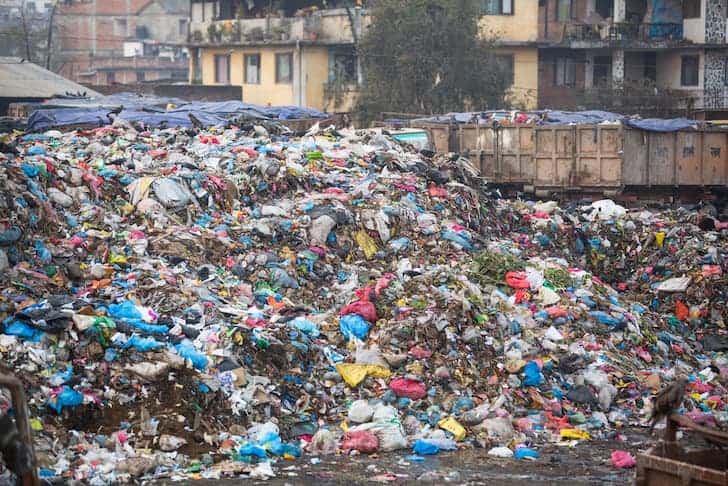 You’ll hear a lot of chatter about the importance of groundwater. And to be honest, it’s fair.

Groundwater is an essential component of most lives in the US. After all, it satisfies the drinking water needs of more than 50 percent of the US population.

Unfortunately, groundwater can get contaminated. And this occurs in cases where human-made items like road salts, chemicals, and gasoline come in contact with groundwater.

Although various sources can contaminate groundwater, one of the significant sources are landfills. However, there’s quite some uncertainty and confusion about if it does. And if yes, how it does.

To clear up the confusion, in this article, we’ll answer the question, do landfills contaminate groundwater. Dive in!

How do Landfills Impact Groundwater?

Just before getting to how landfills impact groundwater, you’ll need to understand landfills. So, what exactly are landfills?

You must have heard about places where people physically pile up waste. Well, that’s what landfills are.

Just like their name, they are lands that people fill up their waste with, usually, government-approved. And this waste can be semi-solid, solid, or sometimes liquid, although in small quantities.

Usually, they are always far from habitable areas. And this is to ensure that there’s no health risk to people.

Then, after ten years or a stipulated duration, those land areas get closed and treated. And this is also to ensure your environment doesn’t get contaminated.

So, now that you have an idea about landfills let’s get to its impact on groundwater.

Usually, landfills come with a protective layer at its bottom. And this is to ensure waste from the fill doesn’t seep into groundwater.

Well, the reason is apparent. Landfills can contaminate groundwater and cause loads of health issues. Still, how does this happen?

Landfills impact groundwater through the formation of leachate or what you’ll hear people call “garbage soup.” Usually, landfills also accumulate liquid waste, although in small quantities. There’s also the place of liquid from the rain.

So, there’s always some form of the liquid component in every landfill. Now, it’s this liquid component that now results in leachate. And it’s a water-soluble compound that gets extracted from the waste composition.

You might be wondering what makes leachate bad news for groundwater. It’s simple – its composition.

Leachate comprises calcium, chloride, magnesium, sulfate, nitrogen, copper, nickel, and lead. And while some are naturally part of groundwater, leachate supplies them in large concentrations, making it unhealthy.

In turn, leachate has a high alkalinity level. It also comprises various hazardous components, such as heavy metals and volatile organic substances like lignin and tannic.

You should know these various materials constitute health hazards to groundwater. For instance, it can alter the state on an aquifer. And, in turn, make it unstable for drinking purposes and other primary use.

So, in case you’re still asking, how do landfills impact groundwater, it’s simple. Landfills produce leachate, which contaminates groundwater and makes it unhealthy for your use.

However, you must know that these impacts depend on six factors. They are:

1. The Depth of a Water Table

Generally, if the depth is low, then there’s a reduced risk of concentration. And this is because contaminants would most likely get filtered before it gets to the groundwater.

Alternatively, where the water table is high, there’s an increased risk of contamination

2. The Concentration of the Contaminant

3. Toxicity of the Contaminant

Usually, leachate consists of different materials with varying toxicity levels. As such, leachate may be extremely toxic or harmless, depending on its composition.

So, if the leachate is very toxic, contamination is sure to be high. And if its harmless, pollution gets technically reduced.

4. Permeability of the Area

Usually, the more porous an area, the more possibility of contamination. And this is because the garbage soup will find its way to the groundwater faster than ever.

This is also important since usually, the area type determines the degree of contamination. For instance, clay materials filter contaminants better. And as such, contaminants may be less likely to get to groundwater.

What Prevents the Contamination of Groundwater in Landfills?

Just like most issues that affect men, there’s a need to resolve them. And that’s why over the years, people have paid attention to preventing groundwater contamination by landfills.

You might be wondering how this occurs. Well, there’re various means through which people ensure that their landfills don’t contaminate groundwater.

Today, there’s a policy that compels landfills to come with liners. And these liners function to contain leachate or collect them.

Usually, they involve placing pipes under the landfills. And these pipes ensure the leachate gets to a separate container rather than groundwater. So, with this system, the liners prevent leachate from ever getting past it.

However, there are other methods, especially in cases where the landfill isn’t lined. And this involves using a placement technique.

This technique involves placing the landfills in an area with the hope of reducing contamination. Usually, people apply this method in two ways.

First, you may find the landfill close to surface water such as streams or rivers. Well, this isn’t a mistake. The idea is to allow the leachate leak.

However, this method minimizes the size and length of the garbage soup plume. And this is to ensure that the leachate leaks into surface water. While this still poses a risk to the water source, it prevents groundwater contamination and directs leachate to surface waters.

There’ also another method that requires organizers to place landfills far away from surface water. And the idea is to reduce leachate leakage to surface waters. However, it turned out it wasn’t so effective preventing groundwater contamination.

What are the Effects of Groundwater Contamination?

Now that you’re aware of landfills’ capacity to contaminate, you might be wondering about its effects. Well, as we already stated, leachate contamination poses a lot of health risks.

And you might want to pay attention to its components to ascertain this. For instance, leachate sometimes contains fecal and bacterial contamination. In turn, these can cause various issues like hepatitis, cholera, dysentery, and poisoning.

Worse, these effects might not show up at first. And can accumulate, leading to congenital disabilities and other serious illnesses such as the Blue Baby Syndrome. There’s also a connection between groundwater contamination and cancer.

Also, groundwater contamination has a significant effect on aquatic life. Don’t be surprised. They are also living things. And an unhealthy change in water composition affects them.

For instance, various reports show that fishes die faster when living in a contaminated environment.

Does Contamination of Water by Landfills Considered as Environmental Pollution?

In fact, you’ll find a lot of articles that refer to groundwater contamination as groundwater pollution. And in case you’re not convinced, look at this way.

So far, we have offered clarity as to the impact of landfills on groundwater. Now, without a doubt, you know that landfills do contaminate groundwater.

We’ve also discussed the best options to prevent this. And this is through the use of liners and leachate collection systems.

So, maintain these prevention methods. This way, your water stays clean. And you can avoid the various health issues that come with groundwater contamination.