Can Solar Batteries be Used in Cars?

If you’d told anyone in the early 1900s that the internet would be a worldwide phenomenon, they’d probably have laughed at you. Well, technology continues to surprise us with unimaginable and creative inventions to make life easier.

The car battery is a vital component for turning over the engine. There are different types of batteries, each designed for a particular purpose. So, it may seem impossible for another kind of battery to power a car, making solar batteries a wonder.

That’s because of their high-end use cases, including the belief that you can use them in cars. While that may be right, there are notable conditions attached, and you’ll discover them when you keep reading.

What is a Solar Battery?

You probably mistook it for a car battery the first time you saw a solar battery. Well, they share a striking resemblance. However, these two batteries function differently.

A car battery can produce high amounts of energy within a short period. That’s enough to power the engine until the alternator takes over. On the other hand, the solar battery works slowly, providing sufficient but steady currents to drive the machine.

Can You Use Solar Battery in Your Car?

You’re likely familiar with solar batteries if you have a larger vehicle like an RV or a boat. They’re also called deep cycle batteries, and they produce a steady flow of energy over a longer period.

In contrast, a car battery provides a high burst of currents to turn over the engine. The alternator takes over and keeps the engine running while facilitating the battery’s recharge cycle. It essentially expends a considerable amount of electricity, higher than solar batteries are designed to produce constantly.

A solar battery hasn’t been engineered to produce this intensity of energy repeatedly. As such, using it as a starting battery isn’t advisable.

The deep cycle battery is notable because of its ability to facilitate numerous charge and discharge cycles. It’s not designed to offer a quick start, so it’s more suitable for larger machines like golf carts, forklifts, RVs, and boats, to name a few.

Because of how a solar battery is built, you can use up to 80 percent of its power before it requires another charge cycle. However, experts recommend expending a mere 45 percent to avoid damaging it.

All these features contrast with those of a car battery. A car battery shouldn’t be exhausted too often because it’s not strong enough to withstand frequent discharge and recharge cycles.

Essentially, a car battery and a solar battery function differently. As such, these systems aren’t equipped to replace each other. For instance, running a high-power machine with your car battery is a recipe for disaster.

See also  When To Install Solar Batteries? (And How Do they Work?)

The same can be said about frequently powering your vehicle with a solar battery. Don’t do it!

Can You Use Solar Battery as a Normal Battery?

Although a solar battery and the conventional battery may look physically alike, they function differently. A deep cycle battery is a battery that powers larger facilities and machines. Unlike a car battery, deep cycle batteries can run for an extended period.

The steady power source is only achievable because of the way they’ve been designed, which is significantly different from the functioning of a car battery. Solar batteries deplete slowly, making them suitable for powering heavy machinery.

Because of how it’s been designed, it can withstand the frequent charge and discharge cycles. That’s different from how a normal battery functions. They generate short but powerful bursts of energy, strong enough to turn over a car’s engine.

In contrast, solar batteries are incapable of executing that service because they cannot chemically generate that intense energy level. So, you can’t use solar batteries like a normal battery. It can’t produce high watts, which many battery-operated devices rely on.

Can You Use Car Batteries For Solar Power Storage?

Stating the obvious – solar energy is unavailable at night. And since solar panels rely on photons from the sun for synthesizing electricity, the power generated must be stored somewhere until it’s needed.

Can it be in a car battery? Well, you may be tempted to purchase and use car batteries since they’re cheaper and more accessible. But there are many reasons it’s not the best idea, most notably because car batteries have been designed to release quick and intensive bursts of energy.

That makes them significantly different in functioning than deep cycle or solar batteries. To answer the question, you can use car batteries for solar power storage, but chances are there’ll be notable changes in output or efficiency.

A car battery is a starter battery; designed to produce short but high amounts of currents to start an engine. The flow of electricity is significantly different from its solar battery counterpart, which is better at delivering stabilized and lengthier energy.

Solar batteries are better at storing energy for longer periods because that’s what they’ve been designed to do. They’re also better at providing electricity for longer hours; you can use it continuously without worrying about damaging or cutting its lifespan in half.

It can withstand numerous charge and discharge cycles without significantly impacting the lifespan. Although you should keep the number of times your inverter dies minimal, a solar battery can handle that utility.

It won’t pack up within a short period – the durability makes it stand out.

On the other hand, it’s best to avoid using car batteries until they die. And that’s what will happen each time you use them for your solar panels.

Without a doubt, car batteries and solar batteries look alike. Of course, the former is cheaper, but it’s the wrong choice for your solar panels.

Difference Between a Car Battery and a Solar Battery

Car batteries and deep cycle batteries share similarities, notably that they’re both lead-acid batteries. However, they function differently, particularly in the way they expend energy.

A car battery has been engineered to produce a large amount of energy for a short period. That’s usually enough to turn over the engine; then, the alternator takes over. Car batteries last longer because we rarely use twenty percent of their charge when driving.

On the other hand, a deep cycle battery has been designed to be expended repeatedly but over a longer timeframe. It’s naturally stronger than a car battery; you can drain it completely countless times, yet it’ll still come on and serve its purpose when you charge it.

Car batteries can’t survive being used in this manner. Experts recommend avoiding activities or situations that kill your car battery completely, as the more times it dies, the chances are it’ll spoil faster.

Perhaps the most notable difference between a car battery and a solar battery is the cold-cranking amps; it determines its power or capacity. It’s the number of amps the battery can deliver in thirty minutes at a temperature of 0°F.

Car batteries are chosen based on the CCA, typically higher than solar batteries.

Another factor is the number of cycles. That’s what determines the battery’s lifespan – it’ll charge and discharge a stipulated number of times before it becomes obsolete. Since a car battery isn’t meant to be depleted frequently, it has a lower charge cycle.

Although it expends a significant portion of its energy when turning over the engine, there’ll be just enough juice left to keep it alive until the alternator charges it again. It experiences a partial discharge.

On the other hand, a deep cycle or solar battery can die numerous times. It’s been designed to provide a steady energy source for a long period. This often depletes the battery, and it’ll have to be charged again.

Again, at the risk of stating the obvious, solar lights are constantly charging. Although they don’t synthesize photons at night, there’s scarcely a break for this energy source. So, it’s expected that the battery gets expended and recharged countless times.

The depth of discharge also differentiates a car battery from a solar battery. The latter can facilitate about five thousand cycles even when it’s deeply discharged, but the same cannot be said about a car battery. If anything, using a car battery in this manner will reduce its lifespan considerably.

Can You Use a Deep Cycle Battery in a Car?

A car’s battery is indispensable to its functioning. As such, vehicle owners are often careful about choosing their batteries.

Now, it’s no joke that a car battery and a solar battery look alike. So, do they function the same way? Can you use a deep cycle battery in a car?

Well, the answer is No. You cannot use a deep cycle battery in a car because it hasn’t been engineered to provide large bursts of energy for a short period. Instead, it works slowly and steadily, supplying just enough to keep the machine running.

The battery has strong inner plates which allow you to discharge them completely without negatively affecting it.

These features are excellent, but not for powering cars. In fact, deep cycle batteries weren’t engineered to supply energy to automobiles. Another alarming feature is its low cold cranking amp reading.

Deep cycle batteries have a lower CCA compared to car batteries. And cars function based on this factor.

Let’s also consider a solar battery’s inability to produce high energy bursts, which car engines need to turn over. It’s a bad idea to use a deep cycle battery in a car, even if you’re lucky enough to get a reaction. Chances are, the battery will be too weak to provide the required amps to start your vehicle.

Can a Car Battery Be Used For Inverter?

Indeed, you can use a car battery for an inverter. However, these devices must be compatible in size. If you’re using a small inverter, a small car battery is appropriate.

However, the battery may require a semi-frequent charge cycle, often every thirty minutes to an hour. In addition, you must make some modifications to the current consumption of your devices to be on the safe side.

Essentially, a car battery and an inverter have different functions and systems. As we’ve discussed already, car batteries produce impressive bursts of energy for a short period, usually enough to power the engine. They are incapable of providing that amount of power for a prolonged period, unlike inverters.

But again, inverters can supply power for a long time because of how they’ve been designed. Like solar batteries, they slowly and steadily provide electricity until they need to be charged again. And chances are your inverter will totally run out of juice many times.

Solar batteries are incredibly powerful; after all, they can illuminate your home for an entire night! However, they’ve been designed to produce extended but stable energy, as opposed to car batteries.

As such, interchanging the roles of these batteries won’t bode well – they’re much too different for that. 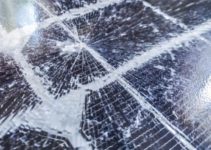 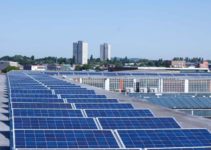 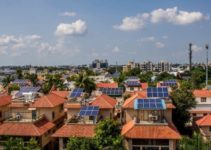 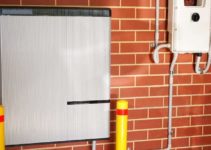