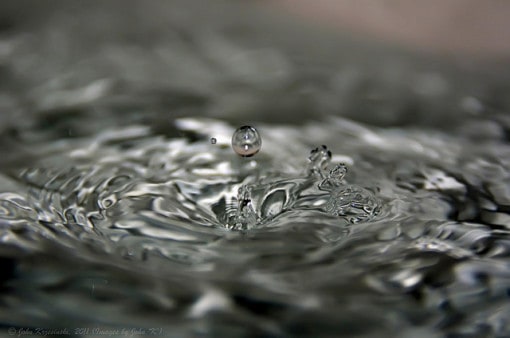 You may know that water is the one resource we can’t do without, but there is a whole lot more to water than you may suspect. Most of us have no problem getting access to safe drinking water at any point of the day as fresh water flows out of our taps which can be used for drinking, washing clothes or watering the garden. Shockingly, in many parts of the world people have to travel several miles to get a bucket of water to quench their thirst. This not only takes huge amount of time but also takes a toll on their body as they have to port water on their backs. Among those who get affected are women and children who are primarily responsible for water collection in developing countries.

Although about 70% of the Earth’s surface is covered with water and you may argue that their is plenty of water available on this planet but the truth is that a very small percentage of water is readily available for human use. In the year 1993, U.N. declared March 22nd to be observed as World water day. Here are 51 facts about water from all over the world that will change the way you see, and use, this vital resource.

Ocean: A body of water occupying two-thirds of a world made for man — who has no gills.
– Ambrose Bierce

Fact 1. Water in New York City would cost you ten times less than water in Nairobi.

Fact 2. There are more countries where half the population does not have access to clean water than those with clean water for all.

Fact 3. The cost of having poor water is estimated to be at $260 billion globally. The lack of clean water causes sanitation, disease and nutrition issues.

Fact 4. On the continent of Africa people spend 40 billion hours getting clean water (and not from the tap).

Fact 5. The majority of the world’s population lives in areas that have the least amount of water. How many people is that? Calculate 85% of the current world population and you will have an idea.

Fact 6. Figuring out the average cost of water coming from main utilities to homes in the US is easy. The penny will get you 5 gallons of water.

Fact 7. You can cut corners on food, and even go without it for a month, but don’t expect to live out the week without water.

Fact 8. Pipes burst during cold weather because any water in them will expand by 9% in volume when it freezes.

Fact 9. This may surprise you to find out, but there is the exact same amount of water on the Earth as there was almost a million years ago – but how much is used has risen dramatically in the past 100 years.

See also  Different Stages and Importance of The Water Cycle

Fact 10. The water mains delivering your penny 5 gallons will also leak out almost a full gallon before it reaches your home.

Fact 11. Americans flush their toilets each day to the tune of 5.7 billion gallons of water.

Fact 12. Want to save money? Buy one 99 cent bottle of spring water at the store and then refill it from the tap. You can do this over 1,700 times before you will have used the same cost of water in a new bottle.

Fact 13. The average human being uses 12 gallons a day to cook, bathe, drink and toilet.

Fact 14. Every time you breathe out you exhale water too. By the end of the day you have breathed out about a cup.

Fact 15. The rise of water use by 2025 stands to put countries in severe straits. The use is expected to go up by 50% in developed areas.

Fact 16. This means that by 2025, half the world’s population will have difficulty getting enough clean water for cooking, drinking and other uses.

Fact 17. Washing the dishes by hand uses an average of 20 gallons, but doing one load of dishes in a good dishwasher will only use just over 4 gallons of water.

Fact 18. Using water for outdoor chores can average 180 gallons a day. The sad part is that 90 of those gallons are wasted. They either evaporate or are used to over water plants.

Fact 19. A cup of tea is twice as efficient to make as a cup of coffee, which uses twice as much water.

Fact 20. Even the meats we eat have a water cost, chicken or goat require the least amount of water to raise for food – while pork and beef require the most.

Fact 21. Wars have been fought over water since the beginning of time with 256 conflicts recorded in human history.

Fact 23. Humans aren’t the only ones dependent on fresh water, but plants and animals are too.

Fact 24. Need fresh water? The best place to get it is in Antarctica where over 90% of the Earth’s supply of fresh water is located.

Fact 25. 97 percent of the water available on Earth is salty. Only 0.03 percent of world’s fresh water is found in rivers, lakes, ponds, streams and swamps. The rest is trapped in glaciers or is in the ground.

Fact 26. For every person in the industrialized world, 10 gallons per day is lost due to leaks.

Fact 28. It may take almost 70 gallons of clean water to fill a bathtub, far more water used than the average 8 minute shower – 17.2 gallons.

Fact 29. A 700 mile round-trip by plane is not going to help the environment much. While you may be saving on carbon emissions you will be using over 9,000 gallons of H2O.

Fact 30. In the last century a pattern has developed that shows that water use rates double (and nearly triple) the rate of growth of the world’s population.

Fact 31. While there is plenty of water on Earth, very little of it is usable to support human life. It is estimated that about 0.007% of the Earth’s water resources are potable.

Fact 32. About 70.9% of the Earth’s surface is covered with water. Without water the Earth’s temperature wouldn’t be regulated.

Fact 33. Swimming pools release about a 1,000 gallons of water into the atmosphere through evaporation. That may be good for air water levels, but they still have to be refilled.

Fact 34. Using alternative fuels doesn’t look so good when you compare how much corn ethanol uses water compared to gasoline. One gallon of the ethanol needs 170 gallons of water to be made. For gasoline the water cost is just 5 gallons per gallon of fuel.

Fact 35. In the US only 40% of our freshwater is used for farming, the rest goes for potable (drinkable use). This is why the US has one of the lowest disease rates from contaminated water.

Fact 36. China is water starved, over 65% of all of their freshwater has to go to farming, that leaves far less than what is needed to provide safe water for people.

Fact 37. In some countries, freshwater is used mostly for farming. This can lead to higher levels of illness from contaminated water for human use.

Fact 38. Even with low water use toilets they still do too much water. We could save the equivalent of a ½ mile by ½ mile pool of water that was 8 feet deep if we all flushed one less time a day.

Fact 39. If saving 85 billion gallons of water a day in the US sounds like a good idea, you’ll be even more surprised at how it would be done. If everyone took a shower that was one minute shorter that’s how much we’d save.

Fact 40. There is a lot to be thankful for on Thanksgiving Day – including water. To get dinner for 8, with all the trimmings, to the table takes almost 43,000 gallons of water. That could fill an Olympic swimming pool.

Fact 41. Water is more common than dirt. It is the most prevalent substance on earth in all its forms – fresh, salt and frozen.

Fact 42. All those old glaciers on those mountains are more than just pretty to look at; states like Washington draw more than 470 million gallons of water each summer from them. This is also why snowfall in those ski resort areas should be important to everyone. It replenishes the surface of the glaciers.

Fact 43. The human body is mostly water. It makes up 66 percent of the fluid content of the body along with the blood and lymph fluid system too.

Fact 44. While you always hear that you should drink 8 glasses of water a day there is no real reason for that. No scientific study has established a daily amount. Instead, certain physical signs of hydration are used to determine what you need such as the color of your urine and fatigue.

Fact 45. Yes, drinking too much water is just as dangerous as not drinking enough. Water intoxication is fatal and occurs when you drink too much too fast.

Fact 46. The atmosphere that surrounds the Earth holds more fresh water than all the rivers, lakes and reservoirs combined. When there is damage to that atmosphere, or it becomes polluted – there is less fresh water available.

Fact 47. You always hear about all the H20 in the Earth’s atmosphere and many scientists talk about how to tap into this during a drought, but if all that water did fall to the ground at the same time there wouldn’t be any kind of flood. All the water would at most put an inch of water everywhere in the world.

Fact 48. In just over 7 years the average American family will use 750,000 gallons of water in their home. That is the same amount that goes over Niagara Falls in about a second. That doesn’t mean that we have a lot of water to spare, it means as our population grows we will eventually deplete that resource.

Fact 49. If you want to give back some water to the atmosphere then plant an acre of corn. One acre has a daily evaporation rate of water equal to 4,000 gallons of water.

Fact 50. Over 80% of all the crops grown on Earth for us to eat and to feed the animals that we also eat is watered by rain. This is why rainfall amounts are so important, and droughts so scary. If there isn’t enough rainfall, the crops don’t grow and food prices rise.

Fact 51. 748 million people in the world do not have access to an improved source of drinking water.

The efforts to conserve water and to find new ways of delivering water to populations in need are becoming increasing priorities. These facts can help you understand just how we affect our water supply and how it is essential to our lives. The future can either be very dry or as wet as we need it to be depending on the steps we take now.