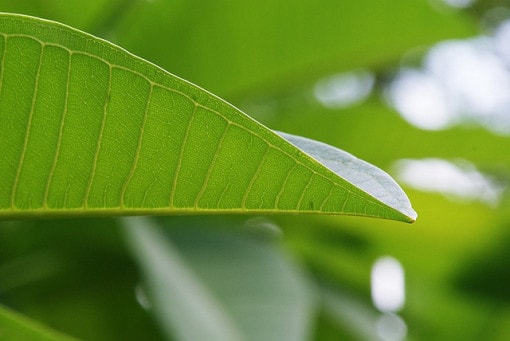 Few, if any, activities have the environmental impact that farming does. It’s a process that uses lots of energy and water. This leaves the production of food in a delicate balance that can easily be upset if the weather does not cooperate or energy becomes expensive.

Fortunately, changes in farming practices and advances in technology are helping to make consumption of these resources more efficient.

Purchasing Used Equipment Instead of New

A look at used John Deere tractors for sale shows that the savings from purchasing used equipment can be substantial. A 2014 model 8320RT with several amenities is available for $258,000. A brand new base version of that model lists for $342,000!

The University of California at Davis has provided recommendations on purchasing new vs. used tractors through its Small Farm Program. New tractors have the advantages of income tax considerations, reliability, and the ability to obtain financing.

Used tractors are a better option when starting new farming ventures. It is important to look at the history of the equipment: how many hours it has been run, what it has been used for, and accident history. Tractors used with front-end bucket loaders, or that have been used on construction projects are not recommended, since these applications are especially hard on tractors.

See also  Causes, Effects and Solutions to Industrial Pollution on Our Environment

When done properly, biofuel creation not only helps the environment, but can also save money. One example of this is in the production of biodiesel. Roger Rainville, a Vermont farmer, has successfully made this fuel from canola and sunflower seeds.

The process requires precise timing when it comes to harvesting the plant and extracting oil from its seeds. Once those obstacles were overcome, Rainville was able to produce biodiesel at a cost of $1.70 per gallon, much less than the cost of diesel at the pump.

Since his farm uses 5,000 gallons of the fuel he produces each year, he is not only saving money, but also reducing the environmental impact of his farming by cutting his fossil fuel consumption.

Putting Animal Waste to Good Use

According to the State Energy Conservation Office (SECO) of Texas, one form of biofuel is being used in the production of another.

Over one million head of cattle are located within a one hundred mile radius of the Hereford, Texas, which is located in the Texas Panhandle.

The town is also home to a plant owned by Panda Ethanol, which has come up with an ingenious way to produce ethanol without using natural gas in the process. The plant collects manure from local feedlots to produce methane gas, which fuels the production of ethanol. The plant produces 100 million gallons of ethanol annually and is estimated to save 1,000 barrels of oil per day.

One of the problems with manure and other forms of waste is that once they are wet, they decompose faster leaving little fuel left for digesters and plants to use and making it impractical to transport.

A group of researchers from Canada’s University of Guelph thinks that it has a solution to the problem. By pressure cooking the waste, it changes into a form that is compact and does not break down nearly as fast, making it feasible for transporting. This process is still in the lab stages, but if it makes it into commercial use, the cost savings and environmental benefits would be impressive.

Using Technology to Control Resource Use

In Sweden, digital sensors are being used to control fertilizer use, ensuring that application only occurs when needed. Sensors placed in the soil detect nitrogen levels. When these levels are below a certain threshold, a mechanism applies fertilizer to bring them back to normal levels. One farmer who used the system claims to have reduced costs by four percent, while increasing them by the same margin.

The International Journal of Soft Computing and Engineering used a similar method to control irrigation. A collection of wireless sensors measure moisture levels in the soil. If the soil is too dry, the sensors open valves closed on the irrigation system and water the soil. Under any other conditions, the valves remain closed and no watering occurs.

Thanks to creative minds, profitable farming and environmentally sound practices are not mutually exclusive. Farming businesses can make changes in the way they operate that are not too complicated. This allows them to reduce waste and pollution, and conserve natural resources without sacrificing the bottom line.