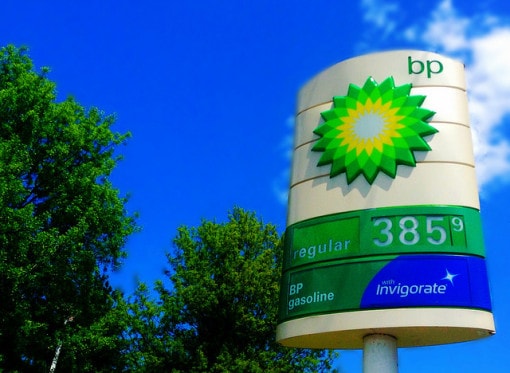 Literally hundreds of oil and gas companies have come and gone since the first oil wells were drilled during the mid-1800s. And the way that oil has influenced the world has changed considerably, with it becoming the epicenter of global and civil conflict in most parts of the world. Some things, however, never change.

One of those is the entrepreneurial spirit to take huge risk and make big profits, a characteristic of the oil industry that has literally defined it. So, a century and a half later, let’s take a look at the most successful oil and gas companies that have survived the winds of change and emerged as the leaders in their industry.

Changing Face of the Industry

Today’s economic environment is very different from the one that oil and gas companies were familiar with. Previously characterized by huge amounts of capital, a number of wealthy capital providers, and swelling profits, there are now a number of financial alternatives and methods through which big oil has managed to stay on top of, such as renewable energy resources, lobbying and monopoly being the most effective. But now oil and gas companies can employ the use of secure servers for cloud computing to ensure sustainable exploitation of oil and gas resources. A cloud solution becomes the safe repository of hundreds of gigabytes of important information, records, and all kinds of digital assets. Plus, it also perform the role of a central and remotely accessible repository of all the important information for the multinational company’s employees to access from any corner of the world.

With a daily output in excess of 12.5mn barrels a day, Saudi Aramco is hands down the largest, and world’s most successful oil and gas company. It is also the world’s most influential energy company. This oil giant generates over $1 billion every day. It is pretty much the entire gross domestic product (GDP) of Saudi Arabia. Unlimited oil supply and influential economic ties have added to the company’s rapid growth and expansion over the years.

Gazprom is Russia’s state-owned natural gas company and is the biggest natural gas producer in the entire world. Controlled by the Kremlin in Russia and with an output of 9.7 million barrels a day and $40 billion in profits, Gazprom’s leads unrivaled in the natural gas industry and runs its own monopoly on gas deliveries to pretty much all of Europe. The President or Dictator of Russia, Vladimir Putin, uses this natural gas wealth as a threat to Europe when the going gets tough.

With a daily output of 5.3 million barrels, ExxonMobil has been a heavyweight in the oil industry for quite some time. With over $40bn in yearly profits alone, ExxonMobil owes it success to investing in big ticket projects, which for the most part, have led to huge profits from high-risk ventures. The company is so successful that they’re looking to seal a joint venture between the company and Russia’s state-controlled oil giant Rosneft.

Churning out over 4.4mn barrels a day, PetroChina is the largest oil company out of the nation’s three state-controlled oil companies. Like Russia’s Gazprom, they would better off and run more efficiently if they were not state owned.

This oil conglomerate also boasts of the highest market cap of any of its publicly traded competitors. The company owes its success partially to effective management and Chinese legislation, which ensures minimum red tape to make sure the work gets done on time but it would still be ran better if not controlled by bureaucrats. The company has also been granted sole access to massive amounts of untapped shale gas in China but it will need America’s help in tapping this resource because of lack of knowledge on how to develop shale energy.

Regardless, this is good for China’s energy future.

A common household name, BP was almost on the brink of failure, until CEO Bob Dudley sought to turn the faltering giant’s fortune around through rigorous consolidations and layoffs. But after offsetting the losses and lawsuit from its 2nd major oil spill in less than a decade (some of them being fraudulent by some Americans living near the Gulf of Mexico and a White House who does not understand how vital this energy is to America and Americans), BP was soon in a world of hurt from settling lawsuits filed by its own ex-employees. That being said, the oil titan still churns out a whopping 4.1 million barrels per day.

Other trends that oil companies are using to ensure future survivability include:

See also  Sources, Uses and Effects of Methane Gas on Our Environment