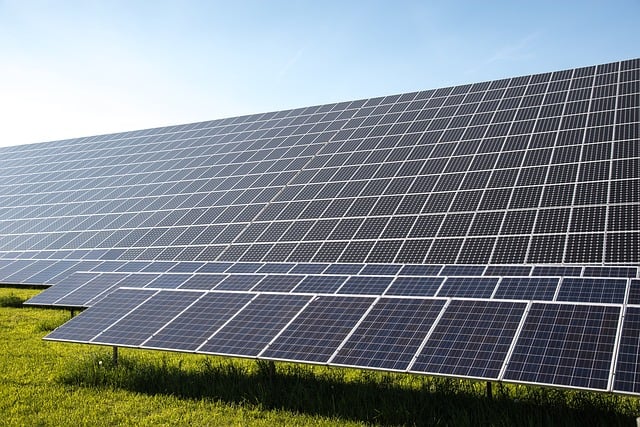 In recent decades the world has largely accepted the reality of climate change and the harmful effects of burning fossil fuels. Many have responded by pushing for a move away from traditional energy sources that are harmful to the environment and advocating instead for renewable energy like wind and solar. This political initiative has lead to a concerted effort by both individuals and governments to invest in renewable energy. But as the industries around these “green” technologies evolve the switch to renewables becomes not just environmentally beneficial but also financially savvy.

The history of Australia’s solar panel market demonstrates the new reality: renewable energy options benefit people’s utility bill as well as the environment. Before 2010, when homeowners had little financial incentive to switch to switch power sources, solar panel buyers were largely motivated by environmental concerns. But now, according to this research, most Australians that buy solar panels do so because they want to pay less for their electric bills. Humanitarian motives are no longer necessary for people to make the switch; now all it takes are the rational choices of the self-interested individual in a market economy.

This same trend is happening concurrently on a global scale, as nations and industries realize that “going green” is not merely the right thing to do, but also a smart economic decision. Since scientists first spoke of the dangerous effects of fossil fuels, governments have sought to lessen the output of greenhouse gases and turn towards renewable energy. International accords like the Paris Agreement, signed in 2016 to set climate objectives for most individual nations, are still a major factor in pushing governments to make changes, but economic factors mean that many countries are beginning to see that renewables are also in their own interests.

At the moment, renewables still account for a small portion of total global energy production. Solar and wind only combine to provide less than eight percent of total generated electricity. Traditional fossil fuels still dominate the global energy sector. But while the changes are coming slowly, they are coming and look set to increase in pace in the coming years. 2016 saw a sixteen percent increase in the growth of the generation of renewable power.

Some individual countries are leading the way with even more drastic shifts towards renewable energy. In Denmark, an incredible fifty-nine percent of electric power comes from renewable sources. This figure is only 26% in Germany, but that a country with such a large economy has made such significant progress demonstrates a positive trend. China and the United States are also increasing their renewable energy output.

This trend is happening for economic reasons as well as environmental concerns. As populations and economies grow energy consumption in general is rapidly increasing worldwide. Renewables offer governments another way to meet these rising demands.

As states and individuals turn towards renewable energy, new technologies make them more efficient and increasingly cost effective. Within the energy industry, many experts envision a “smart grid” system, where a digital-based system enhances the security and efficiency of the transmission and distribution of renewable energy. Such a grid would allow countries and international bodies to integrate various types of power into a unified system, better serving their populations.

These technological advances in the industry are significantly helping to bring the cost of renewables down. With companies competing for government contracts and developers racing to improve current designs, key pieces of technologie like windmills are becoming cheaper every year. The International Renewable Energy Agency (IRENA) estimates that by 2020 renewables will consistently cost less than their fossil fuel counterparts. This means governments will have multiple incentives to turn towards wind and solar: the lower budget and economic growth.

The enlargement of the renewable energy industry and the construction of the necessary infrastructure will offer numerous benefits to economies, most notably in the form of job creation. Building windmills and solar panels, as well as working in the labor-intensive biofuel industry, provides countless employment opportunities.

The changes in the global energy sector are already here and will only increase in the future. Renewable energy will continue to become more important, and as this happens it will significantly change the way humans harness and use energy around the world. Fossil fuels are going to become less and less important, especially as electric cars become more prevalent. While oil will still be vital in the aviation in shipping industries, it will no longer be the central good in the global energy trade. Electrical transfers across borders will become more important than gas pipelines and oil tankers. Countries capable of generating their own power from renewable sources will no longer be dependent on fossil fuel imports.

The enhanced production of renewable energy will also see an increased demand for the rare earth minerals that aid in that production. China currently dominates this sector, but change is likely eminent as demand increases and supplies become more scarce.

The changes in the energy are overwhelmingly positive and are necessary in the face of looming ecological catastrophe. They do not come, however, without certain challengers and potential dangers. Many countries currently rely on oil exports as the driving force of their economies. If oil ceases to be such an in-demand commodity, they will be forced to drastically diversify their economies. As this happens, they will likely suffer significant economic problems. The populations of these countries will face severe hardships, and nations are likely to see significant political and social instability.

Rare earth minerals also have serious negative side-effects. They are extremely toxic and their extraction is highly detrimental to the environment. The production of rare-earth ore creates shocking amounts of acidic waste. While renewables are the answer to the carbon crisis, it cannot be forgotten that the production of “green” energy has its own environmental challenges.

A switch to a renewable-based electric grid also poses challenges in terms of security. Any digital system would be vulnerable to cyberattacks, and an attack on the energy system of any country or region would likely prove catastrophic. Technicians and security experts must work diligently to make sure that this does not happen.

Industry leaders recognize the challenges and opportunities that lie ahead. At IRENA’s annual summit in Abu Dhabi this year, members launched the Global Commission on the Geopolitics of Energy Transformation. They will spend a year analyzing the array of potential effects of the changing energy landscape, from the business of energy trading to the political fallout of economic change. The IRENA summit also provided an opportunity for experts to comment on the situation. German official Peter Fischer emphasized the importance of the current moment, saying “Climate and energy are fundamental issues when it comes to stability and peace and I think they’re becoming more so than previously.”

What “green” energy offers more than anything else is a unique opportunity to improve the health of the planet while simultaneously growing economies around the world. From Australian homeowners to national governments, countless consumers are seeing the benefits of renewables. These benefits will only become more obvious in the future, as the global community makes a pivotal turn towards “going green.”