No matter how much you love a type of plant, it is always important to do your research before purchasing and planting it in your garden or general yard. The reason for this is that some types of plants, trees, bushes, etc. might have a negative effect on your yard or foundation.

One popular type of tree that people like to plant in their garden is the holly tree. These trees are also known as llex and are most commonly used during the Christmas season. However, it has been labeled an invasive plant in some places.

In this article, we will try to figure out if a holly plant truly is invasive and if it is appropriate for your garden or yard.

Do Holly Trees Have Invasive Roots?

Invasive roots are roots that can interfere with the surrounding environment. This includes homes, streets, and pipes to name a few things it can disturb while it is growing.

Holly trees have roots that are deep, which we will touch on later. The type of root this plant has is a taproot meaning that one root grows straight down. All the smaller roots grow out from that main root.

Since the holly tree has a lot of smaller roots and is normally planted in groups, this gives them an even bigger chance of becoming invasive. So, while certain factors do need to be at play, the overall answer is yes. Holly trees can indeed have invasive roots.

How Deep are Holly Tree Roots?

Holly tree roots grow very deep into the dirt. To be specific, the roots can grow about seventeen to twenty-five inches underneath the dirt. This is pretty far into the ground when you think about it.

If you look at the type of root system the holly plant has, it is no wonder the tree roots are so deep. The taproot system is overly complex and the smaller roots that grow out of the one large root it has would require a decent amount of room to work properly.

One nickname that holly plants have been given is the name: foundation plants. This is because they are a popular choice for homeowners to plant around their house. These are usually as bushes and shrubs.

Holly tree roots do have a chance of becoming invasive. This increases if they do not get a proper amount of water, sunlight, and all the other nutrients they require in order to survive. What happens then? Well, at that point the tree roots might start to branch out far away from the original root system.

The expansion of the out-of-control holly tree roots puts all of your pipes, overall foundation, plumbing, etc. at risk of getting damaged. The best way to prevent this damage from happening is by making sure your holly plants are properly taken care of and considering planting them away from anything the roots could damage should they get out of control.

Can Holly Grow Back From Roots?

If your holly plant is giving you any trouble, the best option is to cut it down or remove it so it cannot cause any more damage to your yard and/or garden. The mere mention of getting rid of your holly plant might cause you to immediately balk at these words. However, sometimes the only option for the homeowner/gardener/or whatever you choose to call yourself is to get rid of the irritant.

Remember that holly bushes can be invasive so sometimes the only option is to remove the plant completely from your garden or yard. If all you do is cut it down and leave the roots in the dirt, then the holly plant can grow back at some point.

You do have the option of transplanting the holly plant instead of getting rid of it completely. This is a great choice for those who want to keep their holly plant alive. Either way, you need to remove the roots from the original spot it was planted in. Keeping the roots there just is not an option if you want to protect the overall foundation of your house and yard.

How Long Does a Holly Tree Live?

A holly plant has strong roots. This is something we have covered in this article many times so far. They are not called invasive roots for nothing, after all! However, a holly plant is even stronger than you imagined.

See also  Can You Compost Lettuce and Salad Leaves?

These plants can live as long as a hundred or a hundred and fifty years. Actually, the oldest holly tree in existence lived to be about 600 years old in Spain.

This is obviously not the norm. Chances are your holly plant is not going to live to be six hundred years old, but it could very well outlive a person’s average lifespan. Helping a holly plant live for a couple of decades is not something that is going to be easy. It is going to require a lot of work and tending from the gardener.

Proper watering, giving it the right amount of sunlight, taking care of it during drastic temperature changes, and making sure the holly plant has a good supply of nutrients are just some things you can do to help it along.

Who knows, you will end up with a six-hundred-year-old holly plant in your backyard? You will not know it, but it will be quite the story for your future generations.

Can You Plant Holly Bushes Near a House?

A common nickname that holly plants have are foundation plants. The reason they are called this is because they are a popular choice for homeowners to plant around the foundation of their house. While visually they may look great when you see them around the perimeter of your house, the fact of the matter is it is a bad spot to put holly plants.

Holly tree roots are extraordinarily strong. If they were, they would not be called invasive roots to begin with. The best way to prevent them from affecting the foundation of your house or underground pipes is to plant it a good distance away from the house. Not that it has to be on the other side of the yard, but at a bare minimum, it should be about two feet away from the house.

So, in order to prevent problems, do not plant holly plants too close to the house. Even if they could be used as privacy and a way to deter robbers, it is not worth it in the end.

Will Holly Bushes Grow Back if Cut Down?

Yes, holly bushes can grow back if cut down. If the holly plant’s roots are left in the dirt, then the plants can grow back. In order to prevent it from growing back, remove the entire whole plant. Well, that and you can try to starve the roots from getting any sun, but this seems cruel to do to a plant. The easier and more humane option is just to remove it.

However, if your intention is just to trim or cut your holly plant to prepare for the changing seasons, you can rest easy. They will grow back even after you cut them. This is provided they get a decent amount of sun, of course.

We have been talking a lot about holly tree roots, so by this point you, my fellow gardener, have to be wondering what do these roots with a taproot system even look like. Recall that the taproot system has one large root with a bunch of smaller roots emerging from it.

At first glance, they resemble little tendrils or tentacles emerging from the root of the tree. It is a little strange the first time you look at it, but many smaller roots that can emerge from the main one. This just further proves that holly plants are very invasive.

Their roots are so large, deep, and overwhelming. They are lovely plants to look at and grow in your garden or yard. However, you really have to think about whether you want to take a risk. For homeownership and how expensive homes are nowadays, sometimes the risk is not worth it.

And there is everything you ever needed to know about holly plants and their roots my fellow garden lovers. Holly tree roots are very deep and can easily become invasive depending on how many holly plants you have and if you are taking care of them properly.

The best way to avoid any issues is by keeping these plants at least two feet away from your house, giving them all the water and nutrients, they need, and making sure they get an adequate amount of sunlight during the day.

By doing this, you might either eventually have a six-hundred-year-old holly plant on your hands or one that will damage none of your personal property. Both options sound promising. 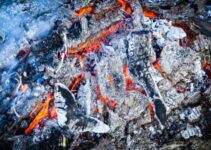 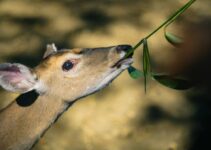 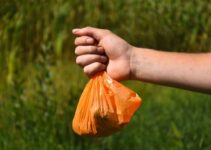 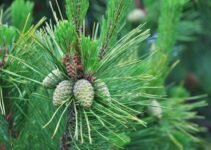 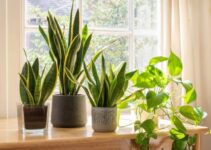 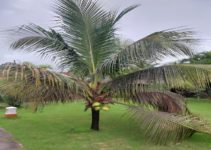