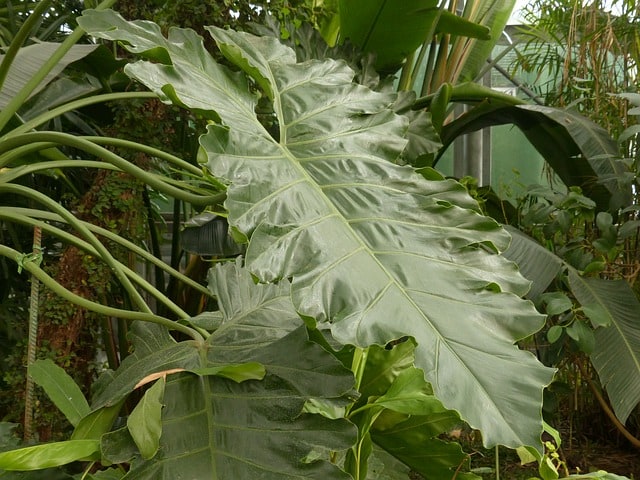 We all are aware of benefits provided by plants, especially the indoor plants. Some of the benefits that plants provide are that they purify the air, provide oxygen and simply refresh our home and make it a wonderful place to stay. Some of these attractive looking plants can be extremely dangerous as they are highly toxic and you shouldn’t have them at home. Some of these common flowers or plants can give you headaches, cause convulsions or simply kill you.

Whether you’ve got a green thumb and are always out in your yard or you have an impressive collection of indoor plants, if you have pets or small children, you’ll want to pay attention to the kinds of plants you have around your home. Many indoor plants can be mildly toxic to two- and four-legged little ones, but some plants can cause death from just a nibble. Pay special attention to houseplants with which you are unfamiliar and have received as a gift.

Here is a list of 21 common poisonous plants that can be found around many people’s houses.

A wildly popular indoor plant, the philodendron is poisonous to both pets and humans. If consumed, parts of the philodendron plant can cause the tongue, lips and throat to burn and swell. It can also cause intense diarrhea and vomiting.

A member of the buttercup family, larkspur is valued by gardeners because it’s relatively low-maintenance. The whole plant is poisonous, though, with the leaves and seeds containing the most toxins. Ingestion can result in burning of the mouth, nausea and vomiting, as well as slowed heart rate. Immediate medical attention is necessary after larkspur ingestion, as death can occur within as little as six hours.

This popular red and green Christmas plant is a staple around the holidays; take care to keep children and pets from putting parts of it in their mouths. Symptoms after ingesting poinsettia include vomiting and diarrhea, skin irritation such as itching, swelling and redness, as well as drooling and licking of the lips. While symptoms don’t typically require medical treatment unless they get severe (as there is no specific treatment for poinsettia poisoning), your best bet is to keep these out of reach.

The bell-shaped flowers that dangle from this little plant are lovely to see. Not so lovely are the symptoms that come with consuming any part of the plant, but especially the leaves. The plant (as well as water in which cuttings of the plant have been placed) has a chemical known as convallatoxin. This causes the heart’s contractions to intensify, resulting in an intense headache, hallucinations, mood-swings and irritability. The victim’s skin may become cold and clammy and develop blotchy red spots. If the heart slows enough, coma and death will result.

Even if you don’t know what they’re called, you’ve likely seen foxglove with its tall stems that dangle tiny, bell-shaped blossoms. The entire plant is poisonous—and especially the upper part of those stems. Eating them can cause nausea and vomiting. If left untreated, heart rate can plummet or become irregular and death can result.

Known for its beautiful clusters of white, pink or blue flowers, these shrubs so well in the shade and can be spotted in gardens everywhere. The whole plant is extremely poisonous, however, and has been likened to cyanide. Shortness of breath, as well as fainting and dizziness will result from consumption of hydrangea, as well as fainting, dizziness, an out-of-control pulse rate, and plummeting blood pressure which will result in convulsions and eventually, death.

This plant has dull green leaves and black cherry-sized berries. The foliage and the berries of this plant are extremely toxic. Atropine and scopolamine are the poisons that can be found in its stems, leaves, fruits and even roots.  If ingested, can cause paralysis of the involuntary muscles, which can have serious consequences.

Rosary pea contains abrin, which is an extremely toxic ribosome-inhibiting protein. This plant is used in jewelry and prayer rosaries around the world. Numerous jewelry makers have died after pricking a finger while working with the seeds. The poison contained in the seed, abrin, is a close relative of ricin which prevents protein synthesis within cells and can cause organ failure.

English yew is common in Europe, northwest Africa and the Middle East. This entire slow growing plant is poisonous except for the red fleshy aril that surrounds the toxic seeds. Yew seeds and leaves are extremely poisonous and a person can die within few hours of ingesting them. If there are any symptoms, they include weakness, trembling, muscle spams and in extreme cases, heart failure.

Members of the Narcissus family are very toxic if ingested by pets or humans. The bulbs resemble onions or shallots and can easily be accidentally consumed. Eating daffodils can cause excruciating stomach pain and upset, irregular heartbeat, elevated blood pressure, and possibly death.

Gardeners love azaleas because they’re hardy and sprout beautiful, colorful blossoms. However, these plants are poisonous to humans and pets if they’re eaten. Azaleas contain something called grayantoxin that affects muscle function in people and pets. Consumption of azaleas will cause burning of the mouth and excessive salivation. Loss of appetite, vomiting, diarrhea and difficulty walking can also occur. In severe cases of azalea poisoning, death can result.

Folks handling oleander must be extremely careful while handling it, as all parts of this plant are very toxic. Be sure to wear a pair of gloves while working with oleander and thoroughly wash your hands when you’re finished. Accidentally ingesting the sap of the plant can be fatal.

People love the colorful clusters of flowers that pop out on rhododendron bushes each spring. If eaten, however, all parts of this plant can be harmful. Common symptoms are excessive salivation, vomiting, slowed pulse rate and a drop in blood pressure. If left untreated, seizure, coma or death can occur.

The root of the iris plant contains an irritating substance that causes large amounts of salivation, as well as bloody diarrhea and vomiting if it is consumed. The seeds and leaves are especially toxic (although they don’t taste very good, so large amounts aren’t usually eaten).

Popular as an indoor plant for its ability to thrive in low light, dumb cane is a common houseplant. Popular because of its large, beautiful, colorful leaves, dumb cane (also known as dieffenbachia) can cause a wide variety of symptoms if eaten. (As a matter of fact, the plant gets its name from the symptoms people suffer after consuming it.) Dumb cane can make the tongue start to burn and swell up, which can lead to blockage of the throat and airway.

The bulbs of the hyacinth plant are where the poison lies. Containing oxalic acid, they can cause skin to become irritated if you handle them without gloves. Take care to keep your dogs from digging them up and eating them; consumption of hyacinth bulbs can cause extreme diarrhea and vomiting (sometimes tinged with blood), as well as muscle tremors and depression.

See also  51 Unique and Innovative Ways To Reuse Your Garbage

Extremely popular as an outdoor ground covering and plant to grow on walls and fences, English Ivy is poisonous if consumed in large amounts. The leaves of the English Ivy plant aren’t the only parts that are toxic; the berries are also hazardous to consume. Common symptoms after consumption are irritation of the skin and burning of the throat. Rash and fever may also be experienced.

Spathiphyllum cochlearispathum, or peace lily, is known for its gorgeous white flowers. It is mildly poisonous to adults, but more dangerous to small children and pets. The juice inside of peace lily plants has a large amount of oxalates. If consumed, oxalate crystals go into the bloodstream and cause dangerous reactions to happen. Common symptoms of peace lily consumption are vomiting and diarrhea, irritation and swelling of the lips, mouth and throat, headache, and loss of appetite. Left untreated, it can cause trouble with breathing, as well as kidney failure.

The Easter Lily is a choking hazard to kids, but isn’t toxic to humans. This flowering plant is of huge concern to cat owners, however. Consuming even a small amount of any part of an Easter lily can be quickly fatal to a cat if it isn’t taken to a vet and treated for kidney failure within 18 hours.

The sago palm is an ancient plant—one of the oldest plants in the world. It’s survived for so long because wild animals know not to eat it due to its toxicity. The entire plant, including its seeds, are toxic. If ingested, leaves, seeds and roots of the sago palm will cause diarrhea, vomiting, and possible liver failure.