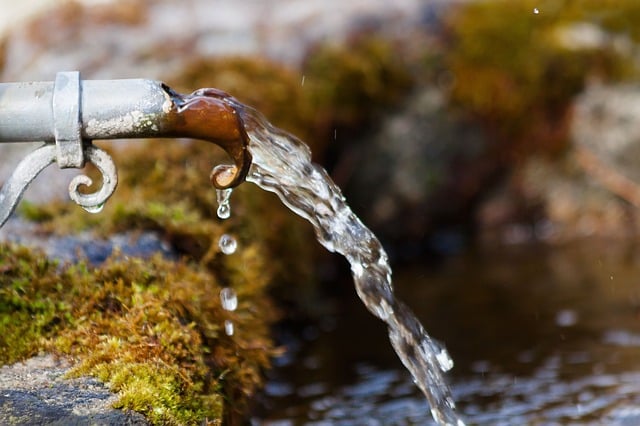 The human race takes water for granted. In many religions, water is seen as a purifier and a sign of cleanliness. However, the way the human race treats the Earth’s waterways is appalling. Every country in the world is guilty of having polluted waterways that affects the local ecosystem. Some of the world’s waterways are so polluted that life cannot be sustained in or around the waterways.

Furthermore, the waterways are so contaminated that they become a threat to any person or creature living nearby. In this article, we want to address the main contaminants that are contributing to water pollution and some of the steps people, businesses and governments can take to prevent it.

Prevent plastics ending up in waterways

Plastics are like a double-edged sword. They have contributed to amazing improvements in preservation and manufacturing, however it has come at a significant cost to the environment. There are serious concerns for these plastics ending up in landfill and our aquatic ecosystem. In a way, most people are either unaware or turn a blind eye to how much plastics that end up in aquatic ecosystems affect people’s quality of life, health and well-being.

There are countries such as Australia and Japan which have promising systems in place, but in places like India and China whose countries contain 1/3rd of the world’s population; plastics still cause significant issues to their aquatic environments which will lead to water shortages in the future that will affect wildlife and humans.

In Southern China, millions of residents have been affected by e-waste plastics that have contaminated their water source with toxic chemicals such as mercury, lead, bisphenol A. In fact, drinking water needs to be shipped in from neighbouring towns because the water is too polluted to consume.

Plastics can enter the aquatic environment during the supply chain

This was evident when cargo containers full of ink cartridges fell off a cargo ship and lay on the seabed for over a year. Then reports started to surface saying that its contents started to wash up on the coastal shores of Britain, Spain, Portugal and France. Not only did it affect the ecosystem of different countries coastlines, but it also contributed to the growth of plastic islands in the ocean, as can be seen in the video below.

The threat comes from some of the plastics, which contain toxins and absorb organic pollutants from the seawater. Small sea life such as jellyfish will consume the toxic plastics and will then be eaten by bigger fish, which are then eaten by humans. The result is that humans end up consuming these toxic chemicals. A Greenpeace report cites 267 species of marine life being affected by plastics in general.

Industries such as printing are proactively making a change

The printing industry has been quick to react to the environmental threat. Ewaste has become a major problem and used ink cartridges are one of the most problematic products that contaminate waterways. Schemes such as the cartridge recycling scheme enables businesses and send it to the right recyclers for processing, thus preventing the risk of cartridges affecting waterways.

Countries must invest in water treatment and sewerage processes

To preserve the quality of the Earth’s water systems, it is essential that any used water is treated before it is sent back into the environment. Many third-world countries that don’t have this facility end up destroying their water systems by turning them into sewerage. This is evident in countries such as Indonesia and Cambodia where many cities don’t treat their water and it is disposed in a way that is dangerous to the ecosystem and the health of its citizens.

The type of waste water treatment plants can handle include:

It’s important that any sewerage water flows to water treatment plants so that the water can be recycled and used for non-drinking purposes such as irrigation.

Oil is a commodity that is high demand and generates billions of dollars for several of the world’s economies. However, the temptation to make money from the sale of oil is at the expense of waterways.

Oil by-products being dumped into waterways

Natural news published an article where oil companies are guilty of sending their toxic waste into waterways. Fracking wastewater from oil processing plants contained chemicals that could not be processed by wastewater treatment plants, potentially contaminating recycled water. In other countries, the wastewater is dumped into river streams, which turns the river into a toxic slew and destroys marine life.

The threat of oil spills

When an oil spill occurs, it can affect the local environment for several years and in exceptional cases, it will also affect swamps, salt marshes and mangroves. Spilled oil affects plants and animals in two ways. Firstly, it can harm living things because the chemical constituents are poisonous. Exposure to this by indigestion, inhalation or through physical contact can have a devastating impact on plants and animals ability to survive. Seabirds are the largest victims of oil spills followed by sea turtles and coral reefs.

Drugs are ending up in waterways

Another significant issue is the effect of drugs in wastewater and its impact on the environment. According to an article from Live Science, the active ingredient that appears in most birth control pills is ending up in rivers, lakes and estuaries and it harming wildlife. The chemical known as ethinyl estradiol (EE2) is potent and has led to the creation of intersex fish and amphibians. This affects the animal’s reproductive cycle.

The European Union recognized the problem and have called for upgrades to water treatment plants across Europe by implementing charcoal-based filtering systems. This solution will cost billions of dollars for governments to implement. However, the environmental cost is much more significant than the financial cost over the long-term.  Another proposed solution is to set regulations on pharmaceutical products that affect the environment.

Even though these drugs may be less susceptible to humans, other mammals and amphibians that are being affected by the drug could affect people over the long-term when the animals are used as a food source.

Silicon balls and microbeads are a serious problem

The beauty and cosmetics industry have been promoting the benefits of microbeads in their products, which is said to improve beauty through exfoliation. The problem with these beads is that they don’t degrade and eventually end up in waterways where fish and other marine life consume them.

The issue with these beads is that they contain toxins such as DDT and PCBs, which are linked to cancer and reproductive problems. The concern that scientists have is that they will work their way into the food chain where people will consume the beads after they have been eaten by fish. Another concern is that the beads can get stuck in animals digestive tracts, causing them to starve to death. US President Barack Obama banned the beads in December 2015 and hopefully other nations will follow suit.

It’s time for the citizens of the world to become more responsible when it comes to plastic in our aquatic ecosystems. Governments need to put more pressure on residents and businesses to dispose their plastics through the correct recycling distribution channels. Furthermore, organizations need to improve their response to clean-up efforts should plastics end up in aquatic ecosystems before reaching the end of their supply chain.