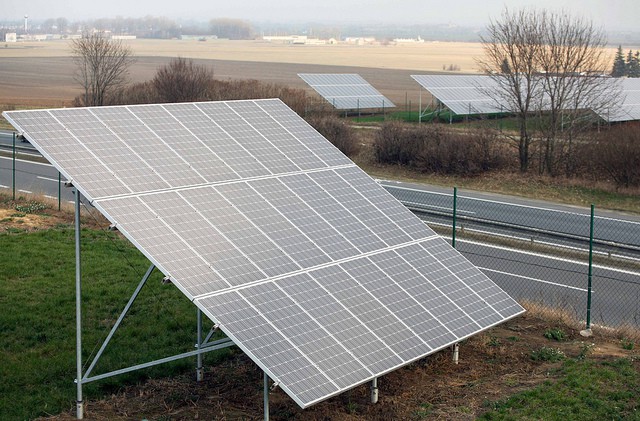 Converting solar energy into electricity isn’t a perfect technology yet. That’s why when some researchers from the University of New South Wales (UNSW) were able to convert more than 40% of solar power into electricity, scientists considered the result a milestone. According to reports, the technology used by the Australian researchers consisted of a custom optical bandpass filter that captures more sunlight that is otherwise wasted on current commercial photovoltaic cells that are attached on rooftops. The customized optical bandpass is able to convert the wasted solar resource into more electricity.

Today’s mass-produced solar panels are made using silicon. When the sun’s wavelengths tap the silicon atoms on solar panels, the atoms’ outmost electrons get recharged. When the electrons on the panels get enough charges, they move rapidly throughout the panels to generate electricity. The problem with this setup is that despite absorbing some of the sun’s wavelengths, most solar panels today do not absorb longer wavelengths. The longer ones just pass through the silicon and do not get converted into power.

The last time that UNSW researchers were able to make a breakthrough with solar technology was in 1989. In that year, renewable energy researchers in the university were only able to convert 20% of solar energy to electricity.

The UNSW researchers’ work was funded by the Australian Renewable Energy Agency (ARENA), and backed up by Australia-US Institute for Advanced Photovoltaics (AUSIAPV). The new record of converting more than 40% of solar power to electricity was confirmed by the National Renewable Energy Laboratory at their satellite testing facility in the U.S.

See also  What Businesses Need to Know About WEEE Waste

“The new results are based on the use of focused sunlight, and are particularly relevant to photovoltaic power towers being developed in Australia,” said Martin Green, a UNSW Scientia Professor and Director of the Advanced Centre for Advanced Photovoltaics (ACAP).

The new material developed by the UNSW researchers uses a custom optical bandpass filter to capture light from the sun that is otherwise wasted on current photovoltaic panels.

“We used commercial solar cells, but in a new way, so these efficiency improvements are readily accessible to the solar industry,” said Dr. Mark Keevers, a UNSW solar Scientist who leads the project.

The worldwide demand for energy is on the rise, while traditional sources of power are on the decline. As such, most firms today are tapping into renewable sources of power. Apart from university researchers, some engineering companies are also helping firms become greener. Swiss-based Sulzer Ltd. , a partner of Unaoil, is an established maintenance provider to solar-powered equipment. The company is able to maintain solar-powered facilities including Heliostat Central Tower with Molten Salt and Heat Storage, and Hybrid Integrated Solar Combined-Cycle (ISCC).

The California Institute of Technology (Caltech) is also developing a new material that could harness the power of the sun efficiently. According to reports, solar scientists in the university are building a new material for photovoltaic cells that are not made of silicon but of pure metal. Dr. Harry Atwater, head researcher of the project, said that adding electrons to the atoms of metal nanostructures and then charging them up would change the resonance frequency. When the frequency is changed, more solar power can be absorbed.

The Massachusetts Institute of Technology (MIT) has also developed a new technology that could improve the efficiency of converting sunlight to electricity. MIT’s technology involves a high-temperature material whose infrared radiation would be collected and converted by photovoltaic cells.

MIT’s new solar technology also has the same concept with UNSW’s in terms of reusing the wasted solar wavelengths that goes straight through today’s photovoltaic cells. One of MIT’s researchers explains that conventional silicon-based solar panels do not take advantage of all the photons so what they did was insert a two-layer absorber emitter device between the sunlight and the conventional photovoltaic cells.

The material they used in making the device is made of carbon nanotubes and photonic crystals. Once the sun hits the device, it will be able to emit light wavelengths that the photovoltaic cells can easily absorb.
MIT’s work was demonstrated as part of the university’s Solid-State Solar-Thermal Energy Conversion Center, one of the 46 Energy Frontier Research Centers around the world. The work was also detailed in the Nature Nanotechnology journal.