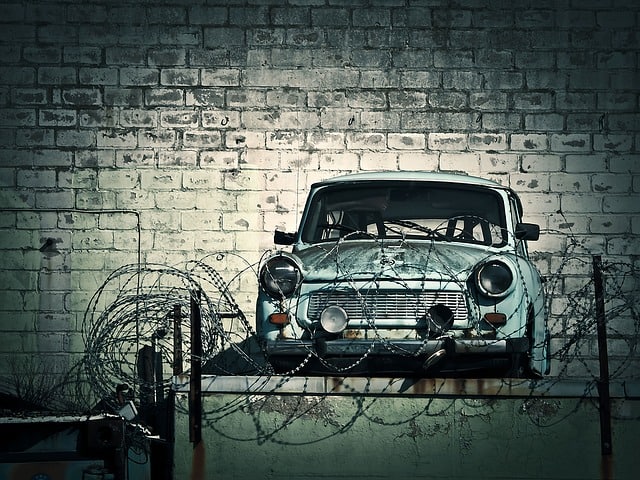 Advances in the waste management sector – especially in car recycling – don’t get a lot of attention in the mainstream media, which means that lots of people often don’t realize quite how quickly it’s advancing. In particular, vehicle recycling laws and practices in the US, Canada and Europe are all contributing to an ever more sustainable global economy, and we’ve come a long way in just the last few years. To demonstrate, here are six of the most positive facts about the modern car recycling industry!

The Exxon Valdez incident occurred in 1989, when an Exxon-owned oil tanker ran aground in Alaska and spilled over 10 million gallons of crude oil into the water. At the time, that sort of pollution was unheard of, making it one of the most devastating human-caused environmental disasters in history.

These days there’s a flipside – thanks to advances in the car recycling sector, at least eight times that amount of hazardous liquid is saved from going to landfill every single year. When you consider the scale involved, that’s quite an achievement!

Every year, 27 million cars are recycled across the globe

With those sorts of numbers, it’s easy to see why cars are officially the most recycled product in the world. Most first-world nations are forever evolving their car recycling infrastructure and capabilities, and in the last few months more and more developing nations are working on the issue, too.

This time last year, India announced its intention to remove millions of old cars from its streets, which are collectively responsible for intensive pollution. Many of these cars are only barely in working condition, and virtually none of them meet the environmental standards required of modern cars. India’s plan is to make the original manufacturers responsible for recycling them, which the government hopes will have the extra bonus of allowing for greater regulation and oversight within the country’s car recycling industry.

Millions of tonnes of material is saved by recycling cars every year – and dizzying amounts of energy, too!

When it comes to materials rescued from ELV (end-of-life) vehicles, metal is obviously always going to be the biggest group. Even knowing that, the numbers might surprise you. 14 million tonnes of steel is recycled annually from ELV cars. To put that into perspective, that’s enough to make roughly 2000 Eiffel Towers!

Zinc is another metal that’s heavily used in the construction of cars, mainly for plating protecting the bonnet, the fuel systems or the chassis. It’s chief advantage is that it’s highly resistant to corrosive materials like salt, which means it comes in useful every time salt is sprayed on roads to combat slippery surfaces in freezing conditions. Every year, 2.9 million tonnes of zinc is recovered from scrap vehicles, and 1.5 million of that becomes new scrap or residues.

And the bonuses don’t stop there – there are also massive energy savings, too. Annually, the steel industry is estimated to save enough energy to power about 18 million households for a year. Meanwhile, production for recycled zinc uses 76% less energy than processing virgin material. All in all, that means everyone on the planet gets to collectively enjoy the benefits just recycled material, while the energy savings take off just a bit of environmental pressure, too.

In Europe, 95% of each car is recycled by weight

Here’s something you may not have known: it’s not just the zinc plating, or the steel of the body – almost your entire car is recyclable. In fact, many new cars being manufactured today are estimated to contain around 25% scrap metal! In addition to the metal, windshields, batteries, upholstery and tyres are all other types of car parts that can be easily recycled.

This is largely thanks to the European Union, which is always looking for new ways to help its member nations establish and maintain circular economies. In recent years, its latest legislation has set continuously more ambitious recycling targets for its members to achieve. And speaking of which…

Each set of statistics takes about two years to be compiled by the EU, and according to a recently published report, the UK’s 2015 performance in the car recycling sector rose from 90.7% to a record-breaking 96.9% – higher than figures recorded by Germany, France, Norway and Sweden.

See also  What is Peak Oil?

This brings the UK well in line with the EU target of 95% we mentioned above, and the country has had two more years since then to build on that improvement. It sets an encouraging precedent for other nations – so let’s see what the stats say in 2020!

These days, solid waste management uses a considerable amount of automated systems to process waste. Recycling, on the other hand, is more labor intensive, as it often requires keen eyes and human judgement (for example, by hand-picking potentially useful waste from a conveyor belt to sort it for re-use).  A report line from the Green Alliance examined the potential for the recycling sector to create 200,000 jobs in the next few years in Britain alone.

Some companies are already leading the way in this regard, most notably a top UK charity called Recycling Lives, based in the North West of England. Alongside its very own residential charity, Recycling Lives also owns and manages several commercial waste management schemes, including Scrap Car Network. The residential charity is closely supported and sustained by these commercial schemes, as they provide valuable work placements, training and often eventual employment for vulnerable people looking to put their lives together.

At the current rate of progress, the future of the car recycling industry still looks impressively optimistic, especially with more countries than ever looking to improve their rate of vehicle recycling. With any luck, we can hope for more of the same from other sectors of the overall recycling industry in years to come!