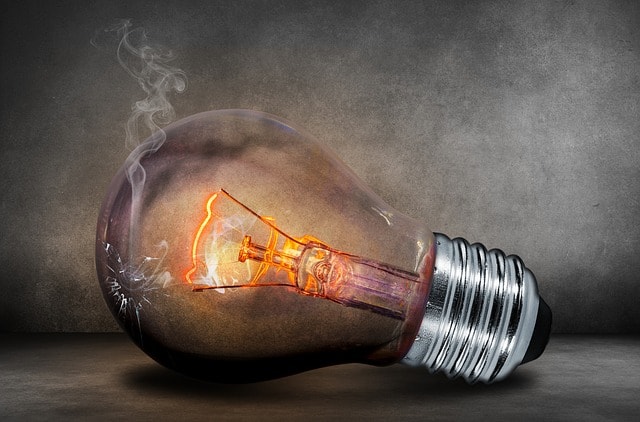 Energy is, and always has been an integral part of everything we do, whether that be gas and electricity, or the energy needed to perform daily tasks such as taking your dog for a walk, making the bed or playing a game of tennis. When we carry out any of these activities or use gas and electricity in our homes, we need a source of energy that allows us to do so. In both the creation and output of this energy, there is a huge amount that is lost in the process, most of which going completely to waste.

A prominent example of this is when electricity is generated in a power station; roughly two thirds of potential energy stores from the source are lost, primarily as heat which is released into the environment. Unfortunately, as the earth’s population and demand for energy continues to expand rapidly, this level of efficiency simply isn’t sufficient. As such, many researchers and renewable energy enthusiasts are focusing their efforts on a concept called ‘energy harvesting’. This basically means that any energy that would usually be lost in the creation or output process, namely through heat, light, vibration and movement will be harvested and used to create self-sustaining technologies and increase efficiency rates.

How Does Energy Harvesting Work?

At present, energy harvesting, or energy scavenging as some refer to it as, is still early in its development. It has a long way to go before it reaches its full potential; however, even now there are some pretty impressive technologies that have been invented. The primary target for energy harvesting developers is to create systems that can eventually be self-sustaining and/or improve efficiency of non-sustainable systems. This is done by using the energy lost in their own functionality to power themselves in a circular method. There a few ways in which this is done, mainly derivative of how the electrical charge wastage is created.

Description: Harvesting through materials in which electricity is created through pressure.

In this harvesting method, sources are those materials that receive pressure from such things as human motion, low frequency vibrations or acoustic noise. By using piezoelectric harvesting we can make such things as:

This device uses the human force used to press down its buttons to generate enough electric charge to power itself. Because it is using the energy emitted through its own functionality, it is completely self-sustaining. A great example of this is the infrared batteryless remote developed by Averni in France. This model features a large central button that once pressed down creates the power to send up to 9 signals to your television.

When pressure, in this case footsteps, is applied to some materials, the atoms that make up their structure are disturbed and a small electrical voltage is created. Through piezoelectric harvesting it is now possible to collect this electrical potential and put it to good use. This kind of kinetic floor tile was used in the Paris Marathon in 2013; their usage resulted in the generation of 4.7 kWh of electricity, enough to power a laptop computer for 48 hours. This was generated solely from the runners’ footsteps.

Description: Harvesting electricity through materials that create a voltage by means of their temperature opposition

Between two selected dissimilar objects, an electric voltage can be created through temperature opposition, which is harvested through this method. The two materials must remain at a relatively constant temperature, as the interceptor relies on this in order to receive a steady voltage. By using this method we can develop technologies such as:

Developed by Epiphany Labs, the ‘onE Puck’ thermoelectric charger has taken full advantage of thermoelectric harvesting to create a self-sustaining system using everyday items as its source. This device works by placing a hot or cold item, preferably a drink, on the coaster-style product. This initiates the electrical voltage and as such allows you to charge your phone.

Cars and lorries create and thus lose a large amount of heat in their general operation, which creates an opportunity for thermoelectric harvesting. These generators can be installed into cars and lorries to reuse some of the heat given off by their vehicle. This puts less stress on the engine and thereby increases efficiency levels. Studies have also shown that cars and lorries installed with this type of generator reduced their fuel consumption by around 5%.

See also  How to Enhance a Home’s Eco-Friendly Potential in 2022?

Meaning: Harvesting electricity from materials that gain current from temperature change over time.

This method is currently pretty restricted in its usage. Its voltage source comes from temperature change which at the moment is primarily only applied to sensors. It should be noted that this method is not quite ready for commercial systems.

What About Large Scale Energy Loss?

The energy harvesting techniques listed above are still being used on a very low level, so what about the huge amounts of energy that are lost every day from large scale energy creation and output? Well, although predictably we lose the majority of our wastage to the environment, the aim of energy harvesting and other renewable schemes is to reduce this amount.

Two of the main ways in which this is being carried out on a large scale is solar and wind energy generation. This might not typically fit into the energy harvesting category, but it works on the same principle: using energy that would otherwise go to waste to fuel our society.

Wind turbines, to a degree, are a large scale energy harvesting technology, using the energy from wind gusts to power turbines and create large amounts of electricity. The difference comes in the fact that wind is technically not wastage as it is not the result of a human initiated process; however, it is nevertheless potential energy that is going unused. Wind energy, especially in the United Kingdom, is becoming a huge part of the energy mix.

See also  Is Silicone in Shampoo Bad for the Environment?

In the UK, electricity that was generated from wind turbines accounted for around 11% of all electricity used in 2015, which is quite a staggering increase from past years. This has done wonders for the accessibility of green residential energy on a wider market. Suppliers such as ‘Ovo Energy’, for example, have started providing 100% renewable electricity tariffs that do not force them to skyrocket prices in order to cover their costs.

Wind energy is also being use on a smaller scale to create self-sustaining systems for everyday life. Technologies such as wind powered camping stoves and phone chargers have already been developed but small steps towards integrating renewable systems into our everyday lives are being made.

At any given moment the earth receives roughly 173 trillion kW of energy from the sun, which is 10,000 times more than the entire world population uses. At the moment, only a tiny, miniscule amount of this potential is being utilised; however, as technology advances, more and more time and money is being spent on improving this amount. One of the principal issues with solar technology is the cost for the required equipment, and not only this, but the returns in relation to this cost.

At present, solar panels are not extremely efficient in relation to the money required to buy the systems. This is gradually improving, however, and once you have invested in the equipment, the sun becomes your electricity supplier. Solar energy currently only represents around 1.2% of all electricity used in the United Kingdom; however, the potential is massive for future development.

Small scale solar energy is becoming quite the trend. Solar energy has become a facilitator for many activities such as festival-going and camping. Solar integrated devices such as speakers, chargers and energy blocks have been developed with remote usage in mind, enabling people to stay connected to the world when they’re off on their adventures.