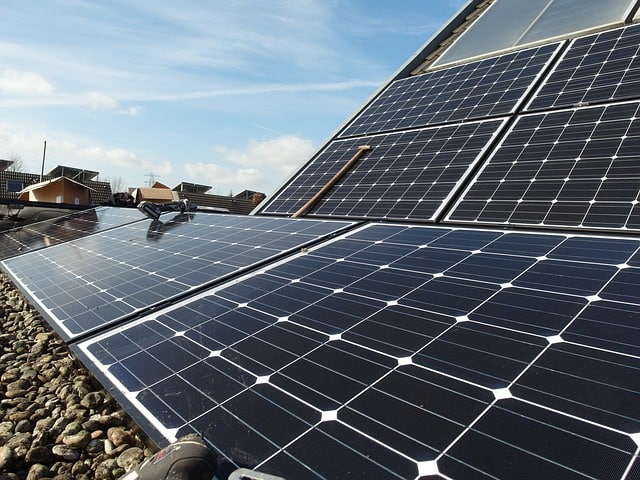 Homes are becoming more advanced, better connected and greener as we progress into an era of smart homes, but one area of the home that has remained mostly untouched is the driveway. Traditional driveways are made from long lasting materials, such as pavers, concrete or tarmac, and generally only have one function – provide an entrance into a property. With the advancement of solar integration in roads, the simple domestic driveway may soon be turning high tech.

Roads cover a vast area of most countries throughout the world, and the use of solar roads could provide a number of benefits beyond electricity production. They can make driving safer, easier and faster, all of which will benefit society. As such, it makes sense that this technology will be seen in domestic homes in the very near future.

Most driveways spend their time bathed in sunlight during daytime hours, which will provide the greatest benefit of a solar paved driveway – electricity. The amount of electricity generated would depend on a number of factors, including geographic location, shading and orientation of the driveway. The presence of vehicles on the drive would also block the sunlight, but as most cars are not kept at home during the day, solar driveways could produce a considerable amount of electricity.

Solar road technology is installed in a similar way to traditional block paving. Blocks are placed together to form an even surface, but unlike a traditional paver, solar roadway modules contain photovoltaic panels, which capture the suns energy and produce electricity. The configuration of the driveway panels will allow for easy and affordable repairs, as damaged blocks are simply removed and replaced.

See also  What are the Benefits of Green Walls?

As well as providing green electricity, roadway solar systems will come packed with a number of high tech features. This will include the ability to heat, which can melt ice and snow, ensuring that your car is not blocked in and that your paths are not slippery after heavy snowfall or cold conditions.

Lighting is also built into the solar modules, which can help illuminate your drive when it is dark, mark parking spaces and even turn your driveway into a basketball court. These LED lights will use stored solar power, ensuring the driveway is self-sufficient.

Pressure sensors and detectors built into the panels can help prevent crime by alerting home owners to the presence of someone on their paths or drive. They can also be beneficial in alerting you to the arrival of guests, or a postal delivery.

Just like a traditional driveway material, solar roadway panels are built to last. They can withstand a considerable amount of weight, as well as being weatherproof and durable. All driveways require ongoing maintenance and cleaning, whether it be removing weeds or re-sealing, and smart driveways will require some maintenance.

Whilst there are numerous benefits that will come with solar driveways, there are also some areas where the traditional driveway may remain as a preferred option. The biggest disadvantages of a solar driveway are the high costs and the aesthetics.

As you might expect, solar driveways are going to cost considerably more per square foot than a driveway made from concrete or pavers. However, most smart home technologies cost more than a comparable non-smart product, but this hasn’t always deterred buyers. Many homeowners will justify the higher price tag with advantages that comes from a solar drive. There is also the power production to consider, which will save the homeowner money on their electricity bill, and also generate an income when exporting the power back on to the grid.

See also  Should You Move Out of a Building With Dangerous Materials or Try To Get Rid Of Them?

Driveways are available in a number of different styles and types, including resin, tarmac, paved, pattern imprinted concrete and gravel. Within these driveway types, there is an endless number of colors, patterns and shapes to choose from, which ensures a homeowner can select their ideal driveway. Unfortunately, that level of customization is not available with solar driveways. As a result, aesthetics will likely play a large role in whether to opt for a solar panel drive, or a traditional option.

Solar roadways are a relatively new technology, which also means there has been limited real-world testing. In the last few years, many countries have taken notice of the benefits, with France and the Netherlands being early adopters. With the introduction of solar tiles, transparent solar panels for windows and solar driveways, it is clear that the demand for solar panels will continue to grow, and this green technology will fuel our electricity requirements into the future.

Only time will tell if solar driveways will become the next smart home technology success. There are a number of benefits, both for the environment and the homeowner, but pricing is likely to be the biggest limiter for this technology.