Whenever we see a plant that looks out of the ordinary, it’s hard not to stop and stare. The first time someone sees a mimosa tree, they are often starstruck by the stunning beauty of this unusual tree. With fern-like foliage and stunning puff flowers in pink, red, and white hues, mimosa trees are some of the most spectacular trees you can find.

But when does the tree show off its stunning florals? When do mimosa trees bloom?

When Do Mimosa Trees Start Blooming?

Mimosa trees offer unique fern-like foliage and powdery puff flowers that capture the attention of everyone who comes across this interesting tree. However, their exciting and distinctive features are just one of the reasons these trees are so memorable.

Mimosa trees start blooming in late spring or early summer. Usually, much after all other tree species have lost their flowers. However, thanks to its late bloom time, the one-of-a-kind flowers of the mimosa tree are even more spectacular to see.

When a mimosa tree blooms depends on multiple factors, including the climate of the region the tree lives in, the soil composition, the amount of water or sunlight the tree is receiving, and the tree’s age.

Trees grown in the warmer regions of the United States will bloom much earlier than trees located in the northern areas where they have cold winters. Mimosa trees are native to Asia and grow best in USDA zones 6-9. Even though the trees thrive in warm climates, they are also cold-tolerant and will survive in areas with freezing winters.

Soil composition is vital for mimosa trees. These unique beauties thrive in well-draining soil. Since the trees receive enough nitrogen from the air, they don’t need soil that is extremely fertile. They also can thrive without fertilization.

Water your tree regularly in the early springtime to help promote more blooms. Providing the plant with everything it needs allows the tree to focus the entirety of its energy on growing flowers.

Mimosa trees won’t start producing bloom until they have reached at least 10 feet in height. Before the tree reaches maturity, it cannot expend additional energy to produce flowers since it is focusing all of its power on growing.

See also  Are Palm Trees Native To California? (And Species of Palm Trees?)

How Long Do Mimosa Trees Bloom?

If your mimosa tree is mature enough or has been given the ideal environment, it will give you a magical display of otherworldly flowers in the late spring or early summer. But how long do mimosa trees bloom?

Mimosa trees bloom for about two weeks every season, followed by an immensely messy fade and large, unsightly seed pods. Due to their short-lived bloom cycle, many people find the mimosa tree not worth the hassle and even the dangers, as the seeds and seed pods are toxic to animals and humans.

During their bloom period, mimosa trees produce small, showy, fluffy flowers that pair with their unique fern-like foliage to make the tree one of the most memorable plants. However, since the tree is considered invasive, you will also see highways and backroads riddled with small, colorful puffball flowered mimosa trees growing from rouge seeds of mature trees.

It’s important to rake up and remove any fallen seed pods as they are toxic to humans and animals. The seed pods also can travel by wind or animal to other locations. Since the tree is invasive, it can thrive in almost any environment.

Mimosa trees grow quickly, sometimes growing as much as 3 feet yearly. Unfortunately, they can also choke out native plants and have root systems that can damage concrete and house foundations.

How Long Do Mimosa Trees Live?

In addition to their short lifespan, mimosa trees are susceptible to pest invasions and diseases. The most common problematic pests are the webworm, cottony cushion scale, and spidermites .

In addition to the risk of an infestation, mimosa trees are susceptible to Fusarium wilt. A soil-living fungus called Fusarium oxysporum f. perniciosum seeps into cracks in tree roots that were created by physical damage. Once infected, it is impossible to save the tree. Instead, remove the infected mimosa tree as soon as possible and treat the soil to prevent the fungus from spreading to other plants in the area. You can then plant Fusarium wilt-resistant trees in the soil.

Why Do Mimosa Trees Close Their Leaves at Night?

While the fern-like foliage and whimsical flowers made people stop and stare at a mimosa tree, there is another reason the leaves catch the eye — the leaves will close at night.

It is thought that mimosa trees close their foliage at night or when it is raining to help preserve energy. But don’t worry, as the plant will reopen its leaves when the sun rises in the morning.

Many plants and flowers close their leaves at night and reopen in the morning. When a plant has this characteristic, they are called a nyctinastic plant.

Do Mimosa Plants Lose Their Leaves in the Winter?

One of the things many consider while planning their landscape design is adding deciduous and evergreen plants to create depth and greenery all year long. But do mimosa plants lose their leaves in the winter?

Many people love to plant mimosa trees near their patios or outdoor spaces. The fern-like foliage filters sunlight in the summer, creating a tropical feel as it casts a dappled shade. It works well in the winter as well; as the plant loses its leaves, the sun is not stopped by the plant and can warm the area efficiently during the cold months.

Why are Mimosa Trees Bad?

Even with their whimsical and otherworldly beauty, mimosa trees aren’t loved by everyone. In fact, many people feel they aren’t worth the hassle. There are multiple reasons why you should think twice about planting mimosa trees in your garden.

See also  Overwatered Arborvitae: What Can I Do?

Despite their unique foliage and puffball-shaped flowers, mimosa trees aren’t exactly the kind of trees you want to add to your landscaping. After the flowers have been pollinated, they create a long string bean seed pod that hangs from the tree.

The seed pods will even stay attached to the tree over the winter months, making the tree look strange when the foliage has fallen. But the ugly look of the mimosa tree’s seed pod isn’t the only reason to be concerned.

While the seeds and seed pods from a mimosa tree are toxic to animals and humans, the leaves and flowers are not. Many people cook the foliage or use the plant parts in teas or tinctures.

The seeds and seed pods from a mimosa tree are considered toxic for animals and humans. This is especially concerning if you have pets or livestock that may accidentally ingest the seeds while grazing. If you have small children, always supervise them if there is a mimosa tree in your vicinity, especially if the children often put things in their mouths.

Ingesting mimosa seeds or seed pods can cause convulsions and even death. Seek immediate medical attention if you suspect you, someone close to you, or your pets have consumed a seed or seed pod from a mimosa tree.

What are Mimosa Trees Good For?

While it may seem like mimosa trees have nothing but negative qualities, there are a few redeeming ones. Like all plants or trees, there are pros and cons to growing a mimosa tree in your garden space.

Mimosa trees produce a bountiful amount of fragrant flowers each springtime. The flowers provide essential nutrients for pollinators like butterflies and bees. The flowers are beautiful, and the foliage is unique, making the mimosa tree an attractive and exciting addition to any landscape.

While the blooms are short-lived, some find their whimsical look worth the hassle and risk. However, if you are hoping to add a mimosa tree to your landscape design, it is best to add it on the side. Never make it the focal point, as it will need to be removed sooner or later. Whether the cause of demise is old age, pests, or diseases, mimosa is not a sturdy variety of trees. 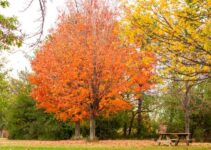