What is Environmental Science?

The environment is an evergreen subject because it matters a lot to our daily lives. It’s where we live, eat, breathe, and bring up our children. Our life support systems entirely rely on the well-being of every organism living on planet earth. This is why a lot has been written and spoken about the protection and conservation of the environment. There are even high-value courses dedicated to the study of the environment. A typical example is an environmental science.

Environmental science is a field that deals with the study of the interaction between human systems and natural systems. Natural systems involve the earth itself and life. Human systems are primarily the populations of the earth. 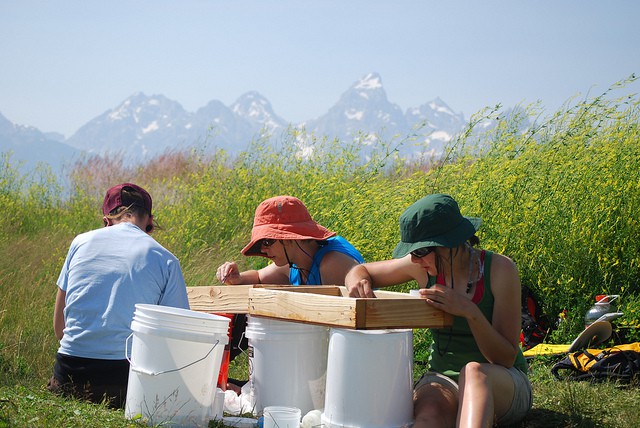 “Environmental science is an interdisciplinary academic field that integrates physical, biological and information sciences (including ecology, biology, physics, chemistry, plant science, zoology, mineralogy, oceanography, limnology, soil science, geology and physical geography, and atmospheric science) to the study of the environment, and the solution of environmental problems.

Environmental science emerged from the fields of natural history and medicine during the Enlightenment. Today it provides an integrated, quantitative, and interdisciplinary approach to the study of environmental systems.”

1. To Realize That Environmental Problems are Global

Environmental science lets you recognize that environmental problems such as climate change, global warming, ozone layer depletion, acid rains, and impacts on biodiversity and marine life are not just national problems, but global problems as well. So, concerted effort from across the world is needed to tackle these problems.

2. To Understand the Impacts of Development on the Environment

Environmental science seeks to teach the general population about the need for decentralization of industries to reduce congestion in urban areas. Decentralization means many people will move out of urban centers to reduce pollution resulting from overpopulation.

The goal is to achieve all this sustainably without compromising the future generation’s ability to satisfy their own needs.

3. To Discover Sustainable Ways of Living

Environmental science is more concerned with discovering ways to live more sustainably. This means utilizing present resources in a manner that conserves their supplies for the future.

Environmental sustainability doesn’t have to outlaw living luxuriously, but it advocates for creating awareness about the consumption of resources and minimizing unnecessary waste.

Behavior is what organisms manifest to respond to, interact with, and control their environment. An animal exhibits behavior as the first line of defense in response to any change of environment.

So, critical look at organism’s behavior can offer insightful information about animal’s needs, dislikes, preferences, and internal conditions providing that your evaluation of those observations firmly hinge on knowledge of species’-natural behavior.

5. To Shed Light on Contemporary Concepts Such as How to Conserve Biodiversity

Biodiversity is the variety of life on earth. The present rate of biodiversity loss is at an all-time high. Environmental science aims to teach people how to reverse this trend by:

Organisms and humans depend on each other to get by. Environmental science is important because it enables you to understand how these relationships work.

For example, humans breathe out carbon dioxide, which plants need for photosynthesis. Plants, on the other hand, produce and release oxygen to the atmosphere, which humans need for respiration.

Animal droppings are sources of nutrients for plants and other microorganisms. Plants are sources of food for humans and animals. In short, organisms and humans depend on each other for survival.

6. To Learn and Create Awareness About Environmental Problems at Local, National and International Levels

Environmental problems at local, national, and international levels mostly occur due to lack of awareness. Environmental science aims to educate and equip learners with the necessary environmental skills to pass to the community in order to create awareness.

Ecology is the study of organisms and the environment interacting with one another. Ecologists, who make up a part of environmental scientists, try to find relations between the status of the environment and the population of a particular species within that environment, and if there are any correlations to be drawn between the two.

For example, ecologists might take the populations of a particular type of bird with the status of the part of the Amazon Rainforest that the population is living in.

The ecologists will study and may or may not come to the conclusion that the bird population is increasing or decreasing as a result of air pollution in the rainforest. They may also take multiple species of birds and see if they can find any relation to one another, allowing the scientists to come to a conclusion if the habitat is suitable or not for that species to live in.

Geoscience concerns the study of geology, soil science, volcanoes, and the Earth’s crust as they relate to the environment. As an example, scientists may study the erosion of the Earth’s surface in a particular area. Soil scientists, physicists, biologists, and geomorphologists would all take part in the study.

Environmental science is an active and growing part of the scientific world accelerated by the need to address problems with the Earth’s environment. It encompasses multiple scientific fields and sciences to see how all interchange and relate with one another in any of the above four components. 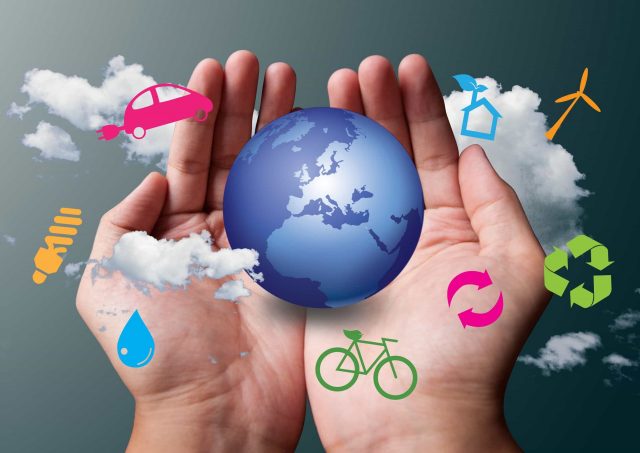 An environmental engineer finds solutions to problems in the environment by leveraging his or her knowledge of soil science, engineering, biology, and chemistry. His or her area of focus includes the control of pollution, recycling, and Public health aspects.

Environmental geology is a field of study that blends the main cornerstone of environmental science and puts more emphasis on geology and how to apply it in a real-world scenario to solve environmental problems.

An environmental geologist goes beyond interest in the environment and correlation between humans and wildlife in it. He or she also focuses on fossil fuels, non-renewable resources, minerals, and the earth’s crust.

An environmental geologist will spend most of his or her work life serving as a consultant, assisting in the mitigation of soil and groundwater contamination by determining the right location for new landfills and drawing up a plan for underground waste disposal.

He or she also ensures water supplies and soils that are responsible for growing food stay clean and uncontaminated without affecting or limiting access to any organism or animal that relies on them for survival. The average annual salary for an environmental geologist is $91,130.

This professional synchronize engineering and biology to create and utilize procedures that correct contaminated sites. For instance, there is a wide range of bacteria, microbes, and fungi that are able to consume pollutants and later break them down into safe elements over time.

Typically, one needs to have master’s and doctorate degrees to qualify as an environmental biotechnologist. However, the exponential growth of the domain has opened up a whole lot of opportunities for those having bachelor’s and associate’s degrees.

Educating the Public on Environmental Science