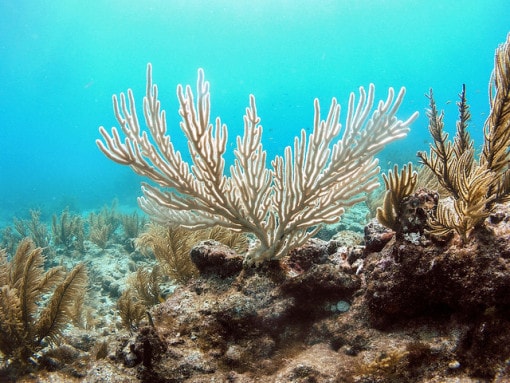 Understanding coral bleaching is the key to preventing it, stopping it when it occurs, and knowing why it is bad for our oceans. Certain conditions can cause the living beings in the ocean to become damaged or die. The best thing we can do is to educate ourselves on how it is happening and why it is so bad for our undersea creatures. When coral becomes unhealthy so can many other things that are underwater. Learn more about coral bleaching why it can be so distressing and harmful to underwater life.

What is a Coral?

A coral is an animal that creates a calcium carbonate skeleton that looks much like a rock and has a symbiotic relationship with single cell algae known as zooxanthellae. This lives inside the soft tissue of the coral and uses sunlight to help produce the food through photosynthesis. It also provides the corals with food to eat and gives back zooxanthellae with nutrients as well as shelter. Corals get their color from tiny algae that live in their tissues.

Corals also have the ability to capture food. When it is dark, they stretch out their tentacles to catch small organisms that float around in the water and digest them. Corals have two different ways in which to capture food, through small organisms and zooxanthellae. When you have really hot summers, you can expect the corals to get stressed, and it is more likely that bleaching will occur.

Coral is a very beautiful and unusual animal. Each coral head consists of thousand of individual polyps. These polyps are continually budding and branching into genetically identical neighbors.
– Antony Garrett Lisi

What is Coral Bleaching?

See also  How to Create an Energy-Efficient Garden?

Why Coral Bleaching is so Bad?

How Can We Stop Coral Bleaching?

Coral bleaching is a serious issue that often goes ignored by local and national governments and legislatures. The potential of consistent global warming that causes the water to become overheated, has severe negative impacts on the underwater creatures trying to thrive in the ocean. It is not something that can be ignored.

Causing less air pollution will help the situation in the long run but something needs to be done about it now. Every single step you take to prevent this from happening now and in the future is a step to bettering our environment and our sea creatures. Let’s keep our sea creatures alive and keep our air healthy on dry land.