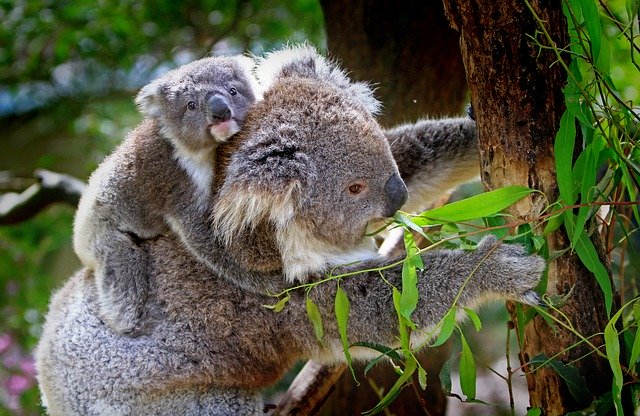 At the scene of what can be called an unprecedented “koala massacre,” scores of animals found dead or injured by the investigators at a cleared gum tree plantation in Victoria. The number of animals killed so far most probably rises above 40 as they said while making their way through 10 kilometers of felled timber.

Near Cape Bridgewater, the major incident response has been set up at the site, on private land, with vets treating koalas for starvation and broken bones.

About 30 koalas out of the affected 80 koalas and even more assessed by the state’s conservation regulator since arriving on the scene on Friday, had been euthanized.

On Monday, the Victorian environment minister, Lily D’Ambrosio, was ‘appalled’ by allegations and said that the event was “devastating” for the koala population in the Portland region. She pledged the government would do “everything possible” to bring the perpetrators to account. Her department is investigating.

“Every Victorian can rightly feel not only appalled, deeply saddened and heartbroken, but angry. I am absolutely angry.”

The incident was reported by the locals to the Department of Environment, Land, Water, and Planning (DELWP), which arrived on site on Friday.

Helen Oakley, the Portland resident, speaks of the destruction she had found at a former blue gum plantation in south-west Victoria.

Portland resident Helen Oakley posted a video from the site. In the video, she said: “Look at the destruction that they have done and there are koalas lying there dead … and there are mothers killed with their little babies. Australia should be ashamed of this.”

Kate Gavens, Victoria’s chief conservation regulator, said out of more than 80 koalas that had been assessed since Friday, at least 30 had been euthanized.

On Monday, she said 40 koalas had died, but that number was likely to rise. “There’s about 10 kilometers of felled timber that we have to get through.”

Koalas that were surviving are being moved to wildlife carers for treatment and rehabilitation, with carers and vets present on the site.

“The conservation regulator’s major investigations team is leading the investigation into how this incident happened and who was responsible,” Gavens said. “Animals that were considered to not require immediate removal have been provided with food and water.

“DELWP are working with the relevant parties on the long-term requirements for the remaining koalas – this may include translocation to suitable sites.”

According to Andy Meddick, a Victorian state Animal Justice Party MP, who visited the site on Sunday, told Guardian Australia that the trees in the blue gum plantation had been “bulldozed into piles” surrounding the property.

“I saw at least 10 bodies in just one of those piles,” he said. “A couple had literally been crushed to death when these trees have been uprooted. In one instance, a koala had her arm stuck between two branches and she had starved to death. Animals have been killed, injured, and left to starve by whoever has done this.”

D’Ambrosio described the incident as “abysmal,” saying: “We will do everything possible to bring the people responsible for this to account and will throw every penalty available to us at them.”

The government would consider breaches of both the Wildlife Act and the Prevention of Cruelty to Animals Act, she said.

Under the Wildlife Act, killing, harassing, or disturbing wildlife could attract a penalty of up to $8,000 and an additional fine of more than $800 per head of wildlife, the conservation regulator said.

A crime scene had also been established at Cape Bridgewater.

A logging company, South West Fibre that had been engaged to harvest timber from the site in October 2019, handed back the area following month.

The company said in a statement: “SWF left an appropriate number of ‘habitat trees’ for the existing koala population and provided details of such in a letter to the landowner noting that the koalas were uninjured and in good health.

“It is understood that subsequent to SWF completing its work, the remaining trees have since been cleared. This is particularly concerning to the foresters and staff who worked assiduously to protect the koalas during the harvesting operation.”

According to the company spokesperson, the site was handed back to the owner in mid-November with 72 koalas on-site, leaving 10 hectares of “remnant vegetation” on site.

Keith Troeth, who run the property on behalf of his father Russell Troeth, told the Age that he had cleared the site last week to return it to pasture.

Russell Troeth declined to comment and referred Guardian Australia to a staff’s phone number at the Department of Environment, Land, Water, and Planning.

The Australian Forest Products Association (AFPA) was launching its investigation and said that the industry was “appalled” at what it described as a “callous act of animal cruelty.”

“I’m advised that the operators, in this case, were so careful that they even took an injured koala, which they found during inspection, to the vet,” he said. “I’m advised harvest of this area ended in November and the land was handed back to the owner before Christmas.

“It is unclear as yet who bulldozed the trees with the koalas apparently still in them, but it is absolutely certain that this was not a plantation or a forestry company. We support all those calling for the full force of the law to be applied to the perpetrator.

“AFPA will be launching its own investigation. Furthermore, we will be ensuring that none of the timber which has been cleared is touched by any AFPA member.”