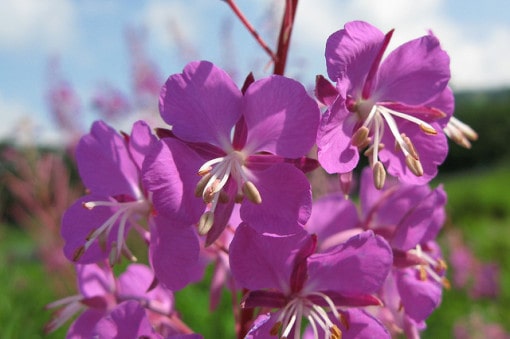 The taiga biome – known by some as the Snow Forest – is a fascinating environmental phenomenon; spanning from North America to Eurasia in the highest latitudes, the taiga is an unbelievably difficult place to live, and plants and animals must be uniquely suited to handle the harsh climate and terrain. The snow covered forest reduces the soil’s productivity by chilling it and creating waterlogged conditions near the surface.

Surprisingly, there are a number of different plants that can endure the long, brutal winters and short, fleeting summers of the taiga, and they range from large pines to tiny lichens, each serving a role in this amazing ecosystem. Taiga ecosystem is dominated by few species nicely adapted to harsh subarctic climate and poor soil conditions.

Due to harsh weather and climate, not many plants survive in Taiga. Some plants that do survive are coniferous trees such as, pine, spruce, hemlock, and fir trees. The major threat to plants in taiga biome are forestry, forest fires, insects, and pesticides. Tree species of the taiga forest include  Black Spruce, White Spruce, Jack Pine, Tamarack, Paper Birch, Trembling Aspen, and Balsam Poplar and many more.

1. Balsam Fir: The Balsam Fir is a common site in the North America taiga, and it is a quintessential favorite for use as a Christmas tree. Their relatively short stature and branches that grow from top to bottom make them well equipped to handle heavy snowfall, and they are a favorite place for animals to find shelter.

2. Douglas-Fir: The Douglas-Fir is the Balsam’s larger cousin – they can grow exceptionally tall and wide. While the Douglas-Fir isn’t technically a fir, it is incredibly useful as a food source for animals and due to its size and stature, is a favorite for lumber usages.

3. White Fir: White firs are so named due to their light-colored bark, and they are all over the North American taiga. White Firs are also commonly used as Christmas trees, and they can live for hundreds of years.

4. Black Spruce: Tall like a Douglas-Fir, the Black Spruce is a much narrower tree with drooping branches, giving it a similar pyramid shape. The Black Spruce is extremely durable, and it has special features like waxy needles that discourage predators and protect from the cold. It gets its name because of the dark colors of its trunk and leaves.

5. White Spruce: The White Spruce – as you may have guessed – is similar to the Black Spruce but has a much lighter trunk and leaves.

6. Siberian Spruce: The Siberian Spruce is another tall, thin tree, and like the Black Spruce it has drooping branches up and down its trunk. True to its name, it is found in Siberian regions of the taiga, and it is the source for many in the logging industry in and around Russia.

7. Jack Pine: Common around colder regions of the United States and North America, Jack Pines are tall trees that can grow on non-flat terrain such as hillsides. Like it’s taiga neighbors, the Jack Pine has waxy needles that protect it from the cold.

8. Scots Pine: Scots Pine inhabit parts of the taiga in Europe and Asia, and are most recognizable by their reddish-orange bark. Scots Pine is regularly used in the lumber industry.

9. Eastern Red Cedar: These little trees can grow in all kinds of terrains, ranging from Florida to the taiga. The wood is incredibly useful, and cedar is often used around the house to ward off pests. It’s worth noting that the Eastern Red Cedar isn’t actually a cedar but is a juniper, making it more of a bush than a tree.

10. Paper Birch: Paper Birch trees are aptly named, as their bark tends to peel away like paper (good luck writing a letter on it though!) They can grow very tall and thin, and appear in various spots up and down the Eastern seaboard of the United States, including throughout the taiga. They have long been used for a variety of purposes ranging from boats to syrup.

11. Dahurian Larch: The Dahurian Larch is smaller than the firs and spruces of the taiga, but it is one of the most durable trees in the world. It holds the honor of being the tree living in the coldest and northern-most regions of the world, and is abundant in the Siberian taiga region.

12. Tamarack: The Tamarack is a larch in the North American areas of the taiga, and is best known as the preferred wood for snowshoes (that’s how it got its name!) These trees love the cold, and also prefer moist and swampy areas, which are available in many parts of the taiga.

13. White Poplar: White poplar trees live fast and die young; they can grow extremely rapidly and are used for paper, shipping crates, and a number of other purposes. Poplars love moisture, which the taiga is more than happy to provide.

14. Hemlock: No – not the poisonous plant. The Hemlock tree is an unrelated evergreen tree that thrives in cold winters and lots of moisture. Common in both Asia and North America, the Hemlock is happily at home in harsh climate of the taiga.

16. Willow: Don’t expect to see your classic Weeping Willow in the taiga, but there are many variants of willow that have adapted to the harsh climate. As opposed to their tall brothers, the willows of the taiga are typically ground cover, some averaging only a few inches in height.

17. Wild Rose: The taiga isn’t all tall, hardy trees. The Wild Rose is common in North American parts of the taiga, and its lovely pink flowers are protected from animals by a heavy armor of thorns.

18. Sheep Laurel: Sheep Laurels are another taiga plant with a splash of color: their pretty pink flowers pop up each summer, and they retain their green leaves year-round.

19. Green Alder: Despite its name, the Green Alder shrub can typically have reddish coloration on its leaves and branches and is found in North American sectors of the taiga. Its small flowers appear quickly during the warm season, and it thrives in moisture.

20. Fireweed: These low-ground plants love the parts of the taiga that have heavy overhead canopy cover, and grow amongst idyllic forest clearings in darker, moist areas. Fireweed is aptly named: it loves to grow in areas that have recently been affected by fires, where it will rapidly cover the ground.

21. Cranberry: Wait…what? Yep, areas of the taiga are more marsh-like and swampy, and so attract plants such as cranberries that thrive in such conditions.

22. Lingonberry: The lingonberry is an essential part of many taiga animals’ meals (and also a favorite for many people!) It is exceptionally hardy, and keeps its leaves year-round, making it an excellent dweller in the taiga.

23. Labrador Tea: Labrador Tea is actually the name of three plants, and you guessed it – the tea that is commonly made from them. They have pretty little white flowers and fuzzy leaves, and can be found in and around boggy areas.

24. Myrica Gale: The Myrica Gale is another low-to-ground shrub that loves the moisture of the Taiga, and has a series of amazing adaptations – such as root structure – that allow it to live in areas that other plants can’t.

25. Cotton Grass: Cotton grass is named for the small puffs of cotton that form its flower. This perennial loves the swampy areas that can be found in the taiga, and is common in regions from North America to Russia.

27. Sphagnum Moss: While you may know it by its more common name of Peat Moss, Sphagnum can be found around much of the boggy and wetland areas of the taiga. This moss is hardy, and can help to literally breathe new life into the ground.