Litter is nothing but a piece of waste or rubbish that has been disposed of improperly, without consent and at the wrong location. Littering simply means throwing away objects on the ground or leaving them lying on the ground instead of disposing them at garbage can, recycling bin or trash container. The waste that originates from houses, industries, factories should be placed either in recycling bin or waste to energy plant or at a site meant for disposing of garbage.

Litter can originate from construction and demolition sites, households, industries, uncovered trucks, pedestrians, and moving vehicles. Apart from that, the unavailability of the garbage bin and being too lazy to walk till trash containers are other reasons for littering.

As far as littering effects are concerned, it has an economic, legal and environmental impact in the form of spending millions of dollars in cleaning up litter, huge fine if caught littering from vehicle and damage to our surroundings that can have effect on plants and animals and can cause loss to local tourism industry.

“”Litter consists of waste products that have been disposed improperly, without consent, at an inappropriate location. Litter can also be used as a verb. To litter means to drop and leave objects, often man-made, such as aluminum cans, cardboard boxes or plastic bottles on the ground and leave them there indefinitely or for others to dispose of as opposed to disposing of them properly.”

Plain and simple, littering is wrong. We have trash and garbage cans for a reason, so why throw away your trash on the ground when you could throw it away in its intended place? People still litter, largely for the following reasons:

-The area is already messy, why bother finding a trash can?

-People don’t realize that with littering, there do come consequences

– The garbage cans are already overflowing

– My neighbor litters, so do I!

– People are starving in Africa! What do you care about littering?

– The garbage can is too far away

The list could really go on forever. People come up with countless excuses to throw their piece of trash down on the ground instead of taking the short amount of time to find a garbage can and properly throw it away. But littering does have consequences, and here are some facts that may surprise you. They include, but are not limited to, ecological, financial and lawful consequences.

Read Also: 50+ Littering Quotes and Slogans To Save the World From Trash

30 Astonishing Facts About Littering That You Might Not Know

1. Litter does cause severe accidents. All that it takes is for some trash in the road, and it’s a car accident waiting to happen. Whether it’s because somebody drove their tiny Toyota Prius over a wooden crate on the road or somebody swerves their RV to avoid the trash, you can indirectly cause a car accident by littering on the road. Car accidents lead to severe injuries and even deaths.

See also  Is Artificial Snow Bad For The Environment?

3. Household waste, industrial waste, construction waste and other like packaging waste are the most common types of sources of litter.

4. It’s illegal. Though the fines vary by state and by city and county, you will be charged if you are caught littering.

5. It doesn’t look too nice. Places with high littering are also often riddled with crime, lower values on homes and property, and are more likely to be the site of fires. You could ultimately end up losing money on your house.

6. Data shows, the presence of litter in a community decreases property values by 7%. As per the survey, 40% of homeowners think that the litter reduces the value of homes by 10-24%, and according to 55% of the realtors, property value decreases by about 9%. More than half of the property appraisers will reduce the assessed value of homes if it is littered.

7. It’s expensive…very expensive. Every year millions upon millions of dollars are spent cleaning up litter. The KAB study that set out to estimate costs for “litter abatement expended by governmental

entities, institutions, businesses and citizens.” They determined that it costs “approximately $11.5 billion per year for litter cleanup, education and/or disposal programs,” and further noted that this is likely to be a large underestimate due to the failure of many entities and organizations to track and document their cleanup costs.

8. The money spent on litter management should be going to more productive things, but instead, people don’t realize that something as small as littering done on a mass scale does indeed affect them.

Taxpayers’ dollars are being spent on littering as we speak. If you want that to stop, then set an example. Quit littering and encourage others to do the same. It’s people like you who can make a difference.

9. Litter on the ground degrades natural areas and kills plants and animals. All that it takes is for a cat to get stuck in a bottle or a bird getting caught up in a soda can holder. 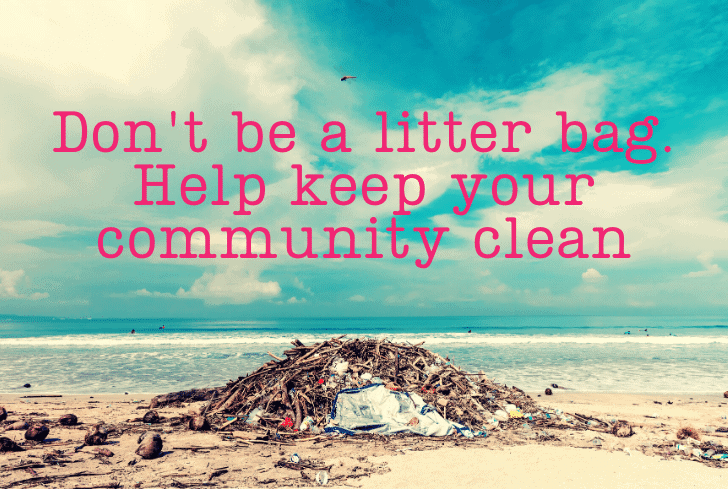 11. A very large majority of Americans have admitted to littering in their lifetimes. The average American only walks a few steps before dumping their trash on the ground without even searching for a garbage can.

12. Billions of tons of litter are dumped into the ocean each year, and it is more than the 250 million trashes that is being generated each year too.

When you toss your garbage on the sidewalk or on the highway, you may, in reality, be throwing it away into the Atlantic. This leads to the repeated killing of fish on a daily basis and the gradual depletion of marine life. Believe it or not, the litter we produce is causing more underwater species to become endangered.

13. The plastic bags are the most common litter and the main threat to the aquatic animals that includes everything from sea turtles and other reptiles to whales, dolphins and sharks, finding their way into the ocean and can be mistaken for food and swallowed.

14. Cigarette butts make up over half of our littered objects, and they take a grand total of ten years to decompose because of cellulose acetate, contrary to the popular perception that cigarette butts decompose very quickly in only a matter of days. In reality, cigarette butts are a serious threat to the environment.

15. The main causes of littering are laziness, ignorance, people don’t realize the effects of littering, the bins are dirty and not big enough, there are not enough bins, and those bins aren’t emptied often enough poor parenting and education, there is no fine for littering, one person can’t make a difference, no sense of pride, not bothered about effects of littering.

16. Most littered item is the fast-food packaging, including fast-food wrappers, containing plastic, cardboard and paper are the most littered object. The chance of people littering these kinds of items increases greatly on highways.

17. The most common littered objects include the following in descending order: fast food, paper, aluminium, glass, and plastic. It turns out someone would rather toss their burger wrapper and empty soda on the street than find a garbage can, and not surprisingly, this is mostly done on roadside and highways.

18. Fast food wrappers and aluminium cans are the two most common types of items that are found while cleaning litter.

19. Litter spoils water quality. The hazardous waste seeps into the soil and can cause groundwater pollution.

20. Litter is smelly and dirty and can be dangerous and unhealthy for our environment. It affects communities and people who live there. It could be poisonous for plants and animals. It can have a severe impact on tourism. 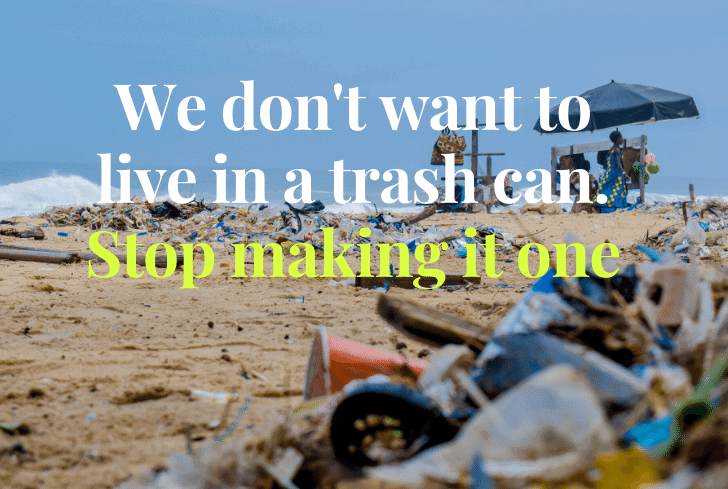 22. Litteringcan carry germs, bacteria, and viruses. One of the harmful germs is Scavengers. They can have a devastating effect on the crops as cattle are susceptible to ingesting the chemical objects or even metal of the garbage.

23. Litter, when not covered on a truck bed, can cause it to blow out without the driver knowing.

24. Do not throw litter from a vehicle as it may cause damage to surroundings and can have a bad effect on the local tourism industry.

25. Litter can hamper the economic development of a community. The excess litter in a particular area can hamper the chance for growth in the long term. When new businesses look for a dynamic, growing community where their businesses can grow, they would hardly be interested in setting up new ventures, if they see a lot of litter around.

Instead, they choose to set up in cleaner communities.

26. Most Deliberate Litterers mostly belong to the age Between 18 and 34. People within this age bracket are the most likely to litter, whereas older folks and children generally being more responsible. This may suggest that respect for the environment is developed as people get older.

27. The study published in the Journal of Consumer Research supports previous research that found men are more likely to litter, leave a larger carbon footprint and feel less responsible about environmental impacts than women.

28. Littering destroys natural beauty. You assume that a cigarette butt will not do any harm, or a fruit peel will decompose, and before you know it, it is a heap of trash growing into a landfill. A landfill is not a pretty site for a land; rather, it destroys a well tendered and green location.

29. Litter can be controlled. People need to be educated regarding the ill-effects of littering. Education plays an important role here. Children need to be taught at the elementary level as to how littering can cause environmental impact. They can also teach others they see littering and teach them to dispose of garbage the right way.

30. Reducing litter is just a 3 step process: stop littering, pick up litter, report if you find someone littering illegally.