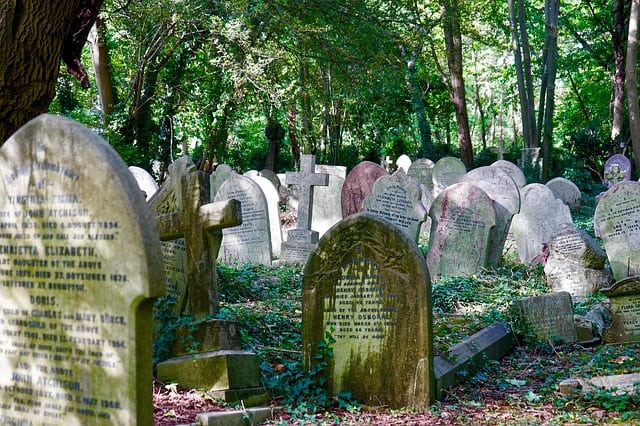 A pilot study on deceased volunteers showed a safe and complete breakdown of soft tissue within 30 days.

The process saves a tonne and even more of carbon compared to cremation or traditional burial, the firm, Recompose claims.

The firm says that it will offer the world’s first human composting service in Washington State from next February.

Many people are expressing interest in the service because climate change had been a significant factor, Recompose’s chief executive and founder, Katrina Spade, said speaking exclusively to BBC News.

“So far 15,000 people have signed up to our newsletter. And the legislation to allow this in the state received bi-partisan support enabling it to pass the first time it was tabled,” she said.

“The project has moved forward so quickly because of the urgency of climate change and the awareness we have to put it right.”

The scientific study into the composting process, or natural organic reduction as called by Recompose, was being presented at the American Association for the Advancement of Science meeting in Seattle.

“There is a loving practicability to it,” she said, in one of the few interviews since announcing details of the project a year ago.

Ms Spade told BBC that she came up with the idea 13 years ago when at the ripe old age of 30, she started to ponder her own mortality.

“When I die, this planet, which has protected and supported me my whole life, shouldn’t I give back what I have left?

“It is just logical and also beautiful.”

The natural organic reduction of a body stops 1.4 tonnes of carbon being released into the atmosphere, in comparison to cremation, she claims. It also saves taking transportation and the construction of the casket into account in traditional burial, she believes.

In this process, the body is laid in a closed vessel with woodchips, alfalfa, and straw grass. The body is slowly rotated so that microbes can break it down.

After thirty days, the remains are made available to relatives to scatter on plants or a tree.

The soil scientist, Prof Lynne Carpenter Boggs, was given the task. The process is straightforward, but to make the technique perfect, scientific research took four years.

In Washington State, composting livestock is a well-established practice. However, in this case, Prof Carpenter Boggs’s task was to adapt it for human subjects ensuring that the remains were environmentally safe.

The pilot studies carried out with six volunteers who had given their enthusiastic consent to the research before their deaths. According to Ms Spade, the work took an emotional toll on her and her team.

“We all kept checking in on each other. My physiology felt different, I wasn’t sleeping well for a few nights, I wasn’t hungry – it was a distress response.”

“We are certain that there has been a destruction of the vast majority of [disease-causing organisms] and pharmaceuticals because of the high temperatures that we reached.”

Recompose will begin business later this year. At present, the process is legal only in Washington State, and anyone can participate. Currently, legislation is considering the matter of allowing a natural organic reduction in Colorado. As Ms Spade believes, it will soon be more widely available in the US and other places.

“We hope other states will pick up the idea once we get going in Washington. We have had lots of excitement from the UK and other parts of the world and we hope to open branches overseas when we can.”