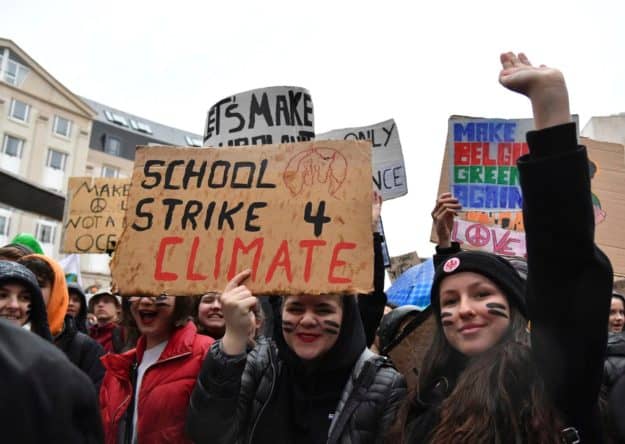 The UK parliament is now in a historic role after becoming the world’s first national legislative body that declared a climate change “emergency” on Wednesday. This first-ever move follows protests on Extinction Rebellion blocking traffic for a week in April in major parts of central London.

The three demands of the protests were:

For the protesters, Wednesday’s historic decision was a step towards meeting their first demand.

Jeremy Corbyn, the Labor Party leader, proposed the emergency declaration for “rapid and dramatic action” to protect the environment for future generations.

“We have no time to waste. We are living in a climate crisis that will spiral dangerously out of control unless we take rapid and dramatic action now,” Corbyn told parliament.

“Today, we have the opportunity to say, ‘We hear you,'” Corbyn told parliament, as per Reuters. “By becoming the first parliament in the world to declare a climate emergency, we could, and I hope we do, set off a wave of action from parliaments and governments all around the world.”

As BBC News explained, the motion got approved without voting, and the views of the House of Commons registered without forcing any action on the part of the government on any specific policy proposal. Moreover, it demanded government action towards carbon neutrality before 2050 and that within the next six months, ministers should draft proposals to help restore the environment of the country creating a “zero waste economy.”

There was no intention to whip party members against the motion by Theresa May, the conservative Prime Minister. Although her Environment Secretary Michael Gove acknowledged the climate change threats but refused to declare an emergency, The Independent reported. He assured that legislation would tackle both climate change and “broader ecological degradation” shortly.

“Not only do I welcome the opportunity that this debate provides, I also want to make it clear that on this side of the house we recognize that the situation we face is an emergency. It is a crisis, it is a threat, that all of us have to unite to meet,” Gove said during the debate, as The Guardian reported.

During the debate, pointing to the approval of the party for a third runway at Heathrow airport, Green Member of Parliament, Caroline Lucas challenged the conservative record on climate. Judges also ruled against local governments and green groups who had challenged the runway on Wednesday showing the grounds of breach of the UK’s commitment to the Paris Agreement, The Guardian reported.

Climate activists welcomed the declaration and considered it a positive move from the part of the government. Greta Thunberg, who addressed the parliament session last week, also expressed her support on Twitter.

“Now other nations must follow. And words must turn into immediate action,” Greta wrote.

Rebecca Newsom, the head of Greenpeace UK Politics said, the declaration was a long time coming.

“The best time to declare a climate emergency was 30 years ago; the second best time is now,” she mentioned in a statement as Reuters reported.

Gove and Corbyn both would challenge President Donald Trump’s climate denialism. According to The Guardian, Gove said that he would raise the matter with President Trump on his visits to the UK in June.

“We pledge to work as closely as possible with countries that are serious about ending the climate catastrophe and make clear to US President Donald Trump that he cannot ignore international agreements and action on the climate crisis,” Corbyn said in his remarks Wednesday, as BBC News reported.

The declaration was on the cards as municipal and regional UK governments including Wales, Scotland, Manchester and London have earlier declared climate emergencies.