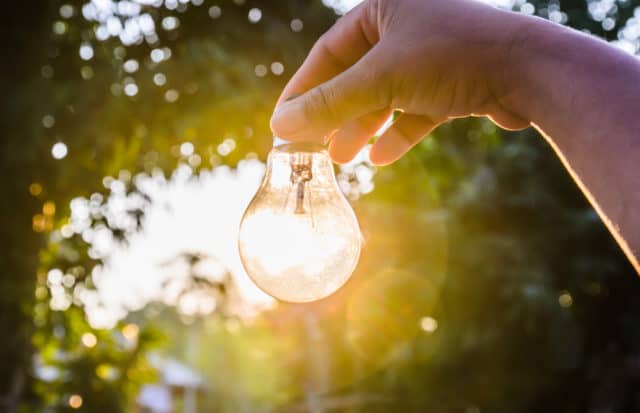 Obama-era efficiency standards for lightbulbs would be erased as The Department of Energy (DOE) finalized a controversial lightbulb rule Tuesday.

On Wednesday the Trump administration announced to roll back requirements for more energy-efficient lightbulbs, introducing a set of rules that could lead to an increase in greenhouse gas emissions escalating global warming.

The new efficiency requirements will be prevented from implementation on Jan1 under a previous law passed in 2007 during the time of President George W. Bush after this Energy Department’s filing. The inefficient incandescent and halogen bulbs were phased out under that law which was approved with bipartisan support in Congress.

The standards scheduled to take effect in January would cover around half of the about 6 billion lightbulbs used in the U.S., and millions of tons of carbon dioxide emissions would be prevented from entering the atmosphere.

Now, half the bulbs on the market do not require efficiency standards as per the regulation. The rules for standard pear-shaped bulbs remain intact but removed for chandeliers, recessed lighting, and other shapes of bulbs.

The rule was supported by lightbulb manufacturers when first proposed. However, as per the estimate of the consumer groups, the continuous usage of less-efficient bulbs will cost $100 and more a year to the average household, and as utilities produce energy, this would create more pollution which otherwise would not be required.

“The Energy Department flat out got it wrong today. Instead of moving us forward, this rule will keep more energy-wasting bulbs on store shelves,” Jason Hartke, president of the Alliance to Save Energy, said in a statement. “If you wanted folks to pay a lot more than they should on electric bills, this rollback would be a pretty good way of doing it.”

“Wasting energy with inefficient lightbulbs ‘isn’t just costly for homes and businesses,’ it’s terrible for our climate,” he said.

According to an analysis by the Appliance Standards Awareness Project, the U.S. electricity use will increase by 80 billion kilowatt-hours over the course of a year equivalent to the electricity needed for all households in Pennsylvania and New Jersey.

DOE argued that due to the increasing demand for LED bulbs, which use less electricity than many other types, the rule would have little impact.

“This rule does not prevent consumers from buying the lamps they desire, including efficient options,” the agency wrote in the rule. “The market is successfully transitioning to LEDs regardless of government regulation. Consumers are clearly taking advantage of the energy savings provided by LEDs.”

The new rule would not have a significant impact on the market and “concerns may be overstated,” A senior DOE official told reporters.

However, according to the director of the Center for Energy Efficiency Standards at the Natural Resources Defense Council (NRDC), Noah Horowitz, incandescent bulbs still make up about 45 per cent of the market.

In a May appearance before Congress, Energy Secretary Rick Perry appeared to acknowledge as much, telling Obama era lawmakers portions were burdensome but that “you can never back up a standard.”

The lawsuits filed over the rule are likely to hang on that portion of the law, including directives from Congress during the years of George W. Bush and Obama, to increase efficiency standards and phase out inefficient incandescent and halogen light bulbs.

“We will explore all options, including litigation, to stop this completely misguided and unlawful action,” Horowitz said in a statement. “‘Today’s action sets the United States up to become the ‘world’s dumping ground for the inefficient incandescent and halogen bulbs being phased out around the world. Given the worsening climate crisis, this is no time to significantly increase pollution and consumer energy bills just so a few lighting companies can make more money selling inefficient bulbs.”

“The Trump administration is illegally blocking the improved standards approved by a bipartisan Congress and supported by the lighting industry 12 years ago,” he said.

On the other hand, industry groups like the National Electrical Manufacturers Association (NEMA) welcomed the administration’s new rule and said, it would define “the scope of general service lamps to be consistent with the intent of Congress when it enacted the Energy Independence and Security Act of 2007.”

According to the trade association, LED bulbs are selling well and ‘Trump’s new rule “will not impact the ‘market’s continuing, rapid adoption of energy-saving lighting in the next few years.”

DOE has argued it is not rolling back standards of energy efficiency. Rather than changing the standard itself, they are altering the definition of the lightbulbs to which the rule applies.

DOE announced Tuesday that the efficiency standards will still apply to pear-shaped lightbulbs without requiring any review.

On Wednesday, the Energy Department said that the existing definitions of general service lamp and general service incandescent lamps would be maintained in the final rule and return “choice to consumers.”

“Different households have different needs, and it was both unfair and illegal to limit their options by expanding the definition of GSLs to include the hundreds of millions of light bulbs that Congress explicitly exempted,” a Department of Energy official told CNBC.

Not only the green groups but states also may be a source of litigation. Many states have passed bills to incorporate the broader definition used by the federal government earlier, and 16 mostly Democratic-led states were against the Energy Department’s lightbulb rule at the time it was first announced.

“With all that’s at stake in the world, the Trump Administration has chosen to declare war on energy-efficient light bulbs,” California Attorney General Xavier Becerra (D) said in a statement. “This is but another dim-witted move that will waste energy at the expense of our people and planet. We are prepared to challenge this latest Trump backsliding which seemingly has no bottom.”