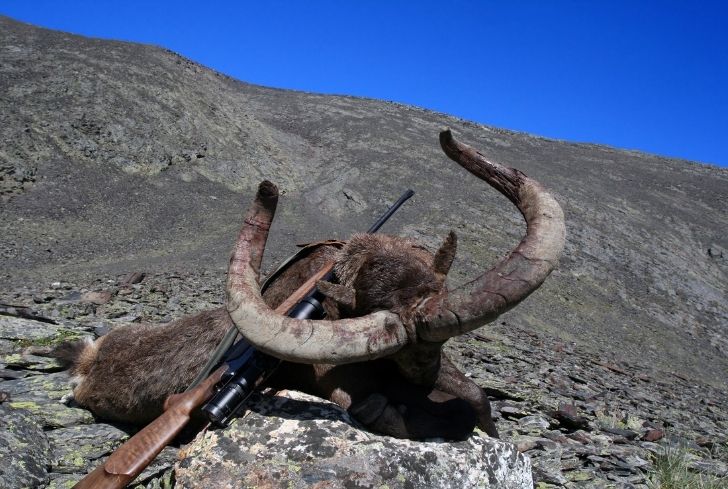 When out in the wild, we encounter different animals, the majority of which have parts that we might want to possess. Unfortunately, the process requires harming or even killing the animal for its skin, horns, head, claws or other parts. It is not a good practice, although it is still practiced for some perceived and personal benefits. Here are some more details on trophy hunting

Basically, trophy hunting is the killing of animals, usually wild animals, for pleasure, display or bragging rights. When the animal is hunted, the trophy hunter will carve out the part or parts that they wanted from the animal and usually leave the rest of the animal. The practice, therefore, results in the death of the animal and loss of its parts for display as a trophy.

Is it Helping or Hurting Conservation Efforts?

Convincingly, trophy hunting hurts conservation efforts. Most animals are endangered and are the prime targets for poachers or trophy hunters. Some people will tend to pay huge sums of money so that they can get the chance of killing the animals and bagging their trophies.

A few years back, for instance, a Texas millionaire paid $350,000 and won a bid to hunt and kill one of the last remaining black rhinoceroses in Namibia. Although the bid was advertised by the country’s Ministry of Environment and Tourism, it led to uproar seeing that black rhinos are critically endangered, with about 5,000 of them remaining on the planet.

This is a process where hunting down an animal is sanctioned by authorities, for the preservation and betterment of the pack. The story about the Texas millionaire who hunted down a black rhino in Namibia is a prime example of conservation hunting.

The animal, according to the nation’s Ministry of Environment and Tourism, “was too old to breed but so aggressive that it had already killed calves, cows and other male rhinoceroses in a jealous rage”. Conservation hunting offered hunting opportunities for a fee, which is then used for conservation. The hunter, in turn, can either opt to leave the animal with the park or collect it as their trophy.

2. It benefits a country, financially

Trophy hunting is a hotly contested activity, majorly witnessed in sub-Saharan Africa, which is rich in wildlife. Some countries, technically, still allow for trophy hunting, which occurs at a fee, although how such finances are used is up to the concerned government itself.

Trophy hunters will also leave money to the economy through accommodation, food, clothing, and in the purchase of hunting equipment. In South Africa, for instance, trophy hunters inject about $250 million year

3. It contributes to taxidermy

This is the art of preserving the body of an animal through mounting or stuffing, intending to display it, or for study. It is an art practiced by professionals, amateurs, hobbyists, and hunters, and makes up a large part of what is in our museums.

Trophy hunting contributes to taxidermy, which in turn is used to record species, including those that are extinct and threatened. It also serves to educate, especially the young ones on animals and their parts.

Both are cruel ways of taking out animals. However, trophy hunting might be sanctioned by a park or government, while poaching is purely illegal. If trophy hunting is advocated for, of course controllably, it can provide incentives to end poaching. Governments would only allow for the killing of certain animals after the killers pay for it. This will make poaching, an avenue that does not generate that government any money, all-the-more illegal and harder

In an ecosystem, each animal depends on the other. For instance, an antelope will feed on grass, and a lion will eat the antelope. When the lion dies, it decomposes and provides better grass for more antelopes to feed on. It is a continuous loop that should never stop.

What if there are more lions than antelopes? The process halts and many will starve. Trophy hunting, therefore, takes out some of these animals so that their population is controlled and the process proceeds on as it should.

6. It could fund conservation purposes

In most African countries, conservation is significantly underfunded. Allowing for trophy hunting means the governments will be generating some money so that some animals are taken care of. The money will then be used to fund conservation efforts in said country.

Trophy hunting allows for more ground for animals to roam around so that they eventually are controlled. If it is banned, there will be more land to be used by not so many animals. It, therefore, means the land will be taken and used for other selfish purposes. Where farmers would claim wildlife land and start investing in it, trophy hunting funds and incentivizes such people to remove their livestock and restore and protect wildlife and their land

Trophy hunting’s biggest competitor is ecotourism. The former takes out some animals while the former allows for tourists to come and see said animals. In places where ecotourism is not viable, trophy hunting will most likely help out by creating conservation incentives.

9. It can benefit local people

When done properly, trophy hunting can benefit local people, through employment, availability of money and of course the presence of food in the form of meat. If done correctly, and if the money goes to the right people, it will create incentives for the locals to tolerate wild animals without killing them.

1. Some countries still allow trophy hunting: Trophy hunting is a hotly contested activity, especially in sub-Saharan Africa, which is rich in wildlife. Some governments have banned trophy hunting in its entirety, like Kenya, with others, have left loopholes in their laws.

2. The number of animals killed each year: It is estimated that more than 100 million animals are killed for trophy each year. The majority of these kills go unreported, and little is done to curb this

3. Hunting the ‘Big Five’: The Big Five are the lion, elephant, leopard, buffalo and rhinoceros. The term was used by early game hunters, who considered the animals, the most difficult and dangerous to hunt on foot in Africa.

True to their explanation, they are the five most difficult animals to hunt on foot in Africa, and it is not only because of their sizes but because of how dangerous and difficult it is to track and hunt them. Out of the five, only the buffalo is not endangered.

4. There are rules for trophy hunting: Despite the practice seeming cruel, it is also guided by some code. For instance, in 1934, white hunters in Kenya established the East African Professional Hunters’ Association, which regulated hunting. For instance, it banned shooting nearly all-female animals and shooting animals at water holes or near vehicles. The code did not eliminate hunting, it just guided the practice. It also applies that the code guided hunting animals for trophies

5. You can get paid for trophy hunting: Safari Club International offers a competition where winners are awarded, for killing animals such as elephants, ringed-horn antelopes, leopards, rhinos, moose, wild sheep and many others.

Safari Club International glorifies a culture of death, so much so, that they hold extreme killing derbies celebrating hunting down The Big Five. Hunting exotic animals in the US is also celebrated and hunters could earn as much as $6,500 per one head.

Other famous people who have participated in trophy hunting include the former King of Spain, Juan Carlos I, the CEO of Godaddy.com, Bob Parsons, Jimmy John’s founder and CEO, Jimmy John Liautaud, and President Donald Trump’s sons, Donald Jr. and Eric, among many others.

7. Not all the money benefits the country or its people: It is not always the situation that monies paid for trophy hunting help the local people or the government. For instance, Dr. Palmer is a trophy hunter, responsible for gunning down Cecil the lion at the Hwange National Park in Zimbabwe in 2015.

He paid about $54,000 to hunt the animal but reportedly, none of it was received by the government, conservation centers, or the community as the hunt was illegal. The animal ended up dead, the hunter paid a lot of money, and it was never received.

8. Rise in popularity: Despite the practice going back decades, and many countries publicly fighting it, its popularity soared in 2015 after the killing of Cecil the lion. People took to social media, angry about the animal’s killing and raised awareness about the practice.

9. CITES does not prohibit it: The Convention on International Trade in Endangered Species (CITES) is the international service that protects and declares certain species as endangered. However, it does not explicitly ban, prohibit or outlaw trophy hunting, even that of animals on its Red List which are on the verge of extinction

On the flip side, South Africa, Benin, Zimbabwe, Tanzania, Burkina Faso, Mozambique, and Zambia allow trophy hunting, although South Africa and Namibia allow the trophy hunting of The Big Five only. Uganda and Ethiopia allow for the hunting of exotic species with limited distribution. In the UK, Montenegro, Australia, Belarus, New Zealand and Cambodia, trophy hunting is allowed as long as you adhere to the set rules.

13. The interesting case in Botswana: In 2014, Botswana had banned the practice of hunting endangered species. However, they lifted the ban, mainly because the number of elephants had grown to more than 130,000 which was more than any other country, and subsequently, they were destroying crops and posed a threat to the people.