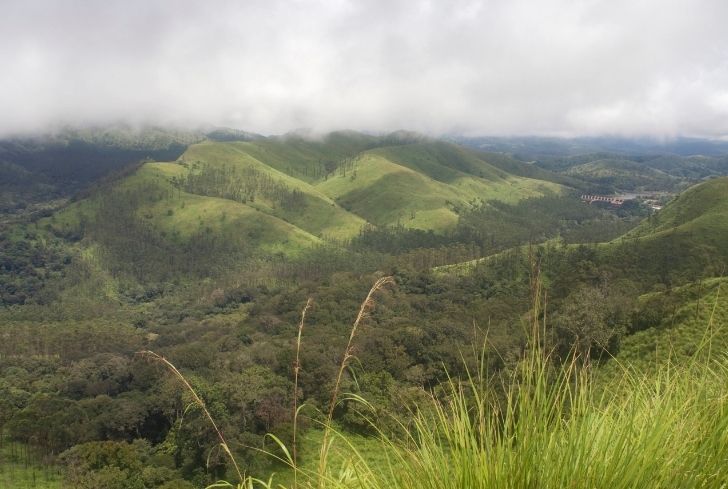 Temperate grasslands are one of the most important biomes to understand. They play an important role in our survival. They also play an important role in helping to manage climate change. Our relationship with them as a species has not been defined by informed use. That isn’t a matter of mankind not caring about nature, but it was only within the past 30 years that we had the technology and data to really see how species and biomes interact.

What is a Biome?

Biome is the word used to describe a community of living things. This includes everything from plants to animals. It also puts the community within a geographic location that has boundaries and a specific climate pattern. Biomes aren’t created but evolve.

A biome is the middle stage of development of an ecology – but one biome can also be home to several ecologies. That is critical to understanding how the different ecologies interact within a biome to create a sustainable balance.

What are Temperate Grasslands?

Between both types of grassland biomes they cover almost 25% of all of the Earth’s landmass. Every continent has a grassland biome except one – Antarctica.

Temperate grasslands are located above the equator on the Northern Continents. One of the largest temperate grasslands was the US prairie land. Of the original prairie land in the country, only about 2% is left. This has caused serious concern among environmentalists and spurred renewed conservation activities.

Temperate grasslands can be large or small. As long as the area is bordered by a desert and a forest, it can be considered a grassland. Besides the US prairie, other famous temperate grasslands include the Russian steppes, veldts of Africa, the pampas of South America (mostly located in Argentina and Uruguay), the steppes of Eurasia, the plains of North America and the steppes that surround the Gobi desert in Asia.

Therefore locations of temperate grasslands include:

Temperate grasslands have a mild range of temperatures, but they have distinct seasons. They have hot summers and cold winters. During summers, the temperature can be well over 100 degrees Fahrenheit. The growing season covers the traditional spring/summer months, and temperatures in this biome vary greatly between summer and winter months. There are some periods that are distinctly hotter during this time, but the overall temperature is conducive to healthy plant growth.

The fall/winter season can bring temperatures to as low as -40 degrees Fahrenheit. This is the dormancy season, and it is characterized by a dying out or hibernation of plants until the weather and soil warm in the spring. It receives about 10 – 35 inches of precipitation a year in the late spring and early summer, and much of it falls as snow in the winter.

In general, summers are hot, and winters are cold and temperate grasslands are somewhat drier and also colder than tropical grasslands, at least for part of the year.

It is the soil that makes the temperate grasslands such an integral part of human society. It is unusually rich and fertile; it is also deep. The world’s most fertile soil is found in the eastern prairies of the US, the pampas of South America, and the steppes of Ukraine and Russia.

The seasons deliver patterns of rainfall that never hit the extremes of a monsoon, which could wash soil and vegetation away. The mean annual rainfall in the North American grassland areas is 300 to 600 millimetres. For man, the grassland waterways and soil patterns also provided ideal points to establish transportation hubs too.

Most important, mankind discovered centuries ago that the grasslands have the perfect soil for cultivating crops. This is why many of the original settlements were located on temperate grasslands. With the use of grasslands, civilization was able to begin to grow because the food source for people was stabilized. Cultures and societies began to build themselves around the planting and harvesting seasons too.

The expanses of grass in North America and Eurasia once sustained migrations of large vertebrates such as buffalo (Bubalusbubalis), saiga (Saigatatarica), and Tibetan antelopes (Pantholopshodgsoni) and kiang (Equushemionus). At present, that occurs only in isolated pockets, primarily in the Daurian Steppe and Tibetan Plateau.

Each different species of grass grows best in a particular grassland environment depending on the temperature, rainfall, and soil conditions.

The various species of grasses include:

However, a few trees other than grass you can find growing in temperate grassland biome in river valleys, and some nonwoody plants, specifically a few hundred species of flowers, grow among the grasses.

The wide expanses and rich plant growth, plus adequate rainfall features of the temperate grasses, make it ideal for herd based animals, such as the following, to exist.

Omnivores such as badgers also thrive in this biome. These kinds of animals eat rodents, snakes, frogs, insects, fruits, and roots.

Animals like aardvarks feed exclusively on insects digging termite mounds and ant hills with the help of their large claws and long, sticky tongues. Whereas prairie dogs in temperate grassland biomes commonly feed on flowers, fruits, seeds, grasses, leave, as well as insects and eggs.

There is a delicate balance of predator and prey on this kind of grassland. It is most common that the prey-herbivore types such as Bison exist in large herds. Predators, such as wolves, operate in small packs. There is abundant ground life here with hares and other burrowing animals heavily represented. The avian life features flocks drawn to the seeds of the plants and the small groups of predator birds who hunt them as well.

Prairie animals mostly have coats that mimic surrounding vegetation to camouflage from predators. Predators like the snow leopards develop a creamy white coat to camouflage and catch prey with ease.

Sad to say, but it is the temperate grasslands importance to the survival of man that is its greatest concern. As centers of human civilization, they have suffered under the growth of our population. There wasn’t a great understanding of the balance that must exist to keep a biome strong as we increased our farming efforts and then cleared the land to build houses and industrial sites.

Overgrazing by livestock is another area of environmental concern. About 47% of the temperate grasslands have disappeared beneath homes, highways, industrial parks – or, they have steadily been destroyed by pollution.

One of the focuses of climate science has been to understand the nature of the balance needed to promote a healthy temperate biome. There are several conservation efforts underway today:

It is only within the past 30 years that science has begun to be able to create the type of models that can show the historical effect of man and climate change on the grasslands and to show what may happen in the future. Our understanding of how important temperate grasslands are in maintaining life is also very new. With this information, policies and procedures are being changed to protect what is left of the temperate grasslands and to attempt to restore what was lost.