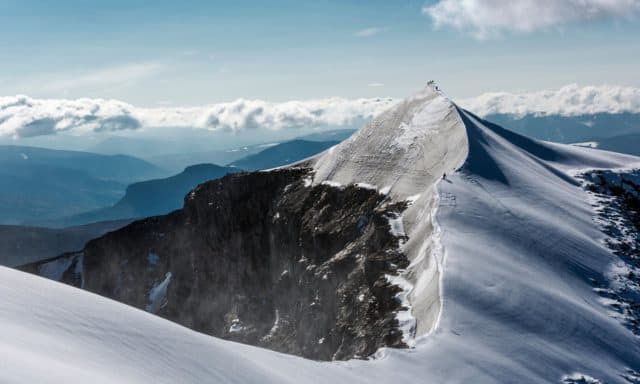 Swedes can no longer lay claim to having their country’s highest mountain peak because of global heating, scientists have confirmed, as the glacier at its Kebnekaise’s summit shrinks as a result of rapidly increasing Arctic temperatures.

“This is quite a symbol,” said Gunhild Ninis Rosqvist, a Stockholm University geography professor who has been measuring the glacier annually for several years. “A very obvious, very clear signal to everyone in Sweden that things are changing.”

Around 95 miles (150km) inside the Arctic Circle, in Sweden’s far north, there are two peaks of Kebnekaise: a southern, glacier-covered summit which is accessible to hikers who are suitably equipped, and an ice-free northern neighbor but reserved for only experienced mountaineers.

They were first measured in 1880, and the southern peak has been higher. However, when Ninis Rosqvist and her team measured it at the end of the summer melt on 3 September this year, the northern peak was found 1.2 metres higher at 2,096.8 metres.

“We suspected this was probably the case last year,” Ninis Rosqvist told the Guardian from the Tarfala research station located at the foot of the massif. “But unfortunately our measurements were not precise enough. Now we can say with certainty: we are accurate to within a couple of centimetres.”

The height of the southern peak of the Kebnekaise was the lowest on record as per the scientist, and it was 24 metres less than in the 1960s. “Almost all the shrinkage has been in past two decades, when the glacier has lost an average of one metre a year,” she said.

The southern peak could briefly regain its ranking, as the glacier could expand again with winter snow and ice, Ninis Rosqvist said. “It will keep changing for a while,” she said. “But the trend is now firmly established, and very clear.”

The months of May and July in 2018 were recorded as the hottest ever in Sweden, and the temperatures were soaring to 10C and more above normal. While wildfires are burning across the Arctic, the Kebnekaise glacier shrank by almost four metres.

This July did not seem much hot, particularly after an exceptional cool beginning to the month. However, in the far north of the country, the village of Markusvinsa recorded 34.8C on 26 July, which is the highest temperature ever recorded in the north of the Arctic circle in Sweden.

According to Ninis Rosqvist, small glaciers such as that on Kebnekaise’s southern peak were affected by warm summers severely. The glaciers grew mainly due to cool summers instead of harsh winters, she said. However, the snow and ice are expected to melt away very fast because of the last two Scandinavian summers. “You can see it at the top, where it’s most exposed to the sun. It really looks different. It gets slippery up there; you can see the meltwater running off.”

Although the news was not overtly surprising and expected earlier, the official demotion of the southern peak was still “emotionally quite something”, Ninis Rosqvist said. “The mountains are changing so fast – higher temperatures, less snow, winter rain.”

The glacier on Kebnekaise’s southern peak was “iconic – a symbol for all the glaciers in Sweden”, she said, adding: “But you know, we don’t need any more symbols. We don’t need to pile up more evidence. We can see the climate changing before our eyes up here, and we need to do something about it.”

Similarly, some time back the funeral for the first-ever glacier lost to climate change was held by Iceland as the nation commemorates the once-massive Okjokull glacier with plaque. Scientists warn that immediate and effective action is needed to prevent hundreds of other ice sheets lying on the subarctic island from facing the same fate due to climate change as Okjokull.