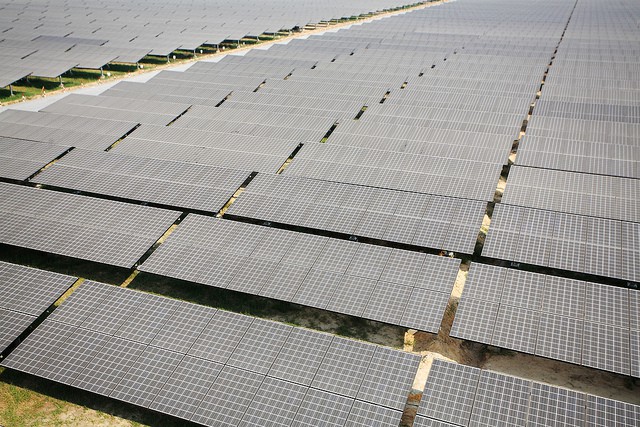 There has been a loud cry for clean, more efficient, less carbon sources of energy all over the world. About 22 percent of electricity on the world is produced by renewable energy, while the remaining 78 percent is by the use of fossil fuels — gas, coal, etc. This accounts for the massive global warming worldwide; and also the desertification, gully erosion and flooding experienced in some parts of Africa.

So many communities in African nations (especially Sub-saharan Africa) just have access to electricity by the advent of the use of renewable energy in those places. Much more people now have access to power.

In Nigeria, the Energy commission have forecast that by 2030, Nigeria would need about 200,000MW of power to be able to effectively distribute electricity to it’s citizens. This can’t be achieved by the use of gas alone; but more of the renewables — sun, wind, and water; and even biomass; because of the current rate of production (which is about 5,500MW).

In some places in Nigeria, power has become affordable and easy to access. For example, in Ofetebe community in Edo State, Nigeria, a solar mini-grid produces 4kW of electricity to power a community borehole, a clinic, 30 households, a barber shop and relaxation spots like a video parlour. The cost of installation was about N4.8m, the mini grid will last for 30 years: an investment of N500 per month for each household. The community would therefore enjoy electricity every day, 365 days per year.

Ghana is currently building what is to be Africa’s largest solar photovoltaic (PV) power plant with $400m, which will consequently produce 155MW (the Nzema Solar Project). Kenya is also planning for sufficient solar power to provide more than half of the country’s electricity by 2016. Construction of the plants that would help achieve such is expected to cost $1.2bn. (For the same amount, Nigeria could build about 1,000km of gas pipelines – but this would constitute only 10% of what she needs).

The use of renewable energy in Africa is really growing. Paolo Frankl, head of the renewable division at the Paris-based International Energy Agency (IEA) had this to say, “A big chunk of this (growth) is hydro because of Ethiopia, but then you have solar sources in South Africa, Nigeria and Namibia and wind in South Africa and Ethiopia as well.”

He forecast that the installed capacity of renewable energy in the Sub-Sahara region would almost double the current 35 gigawatts to above 60 gigawatts under the right conditions. Ethiopia has a set of hydro-power projects that are being constructed, this includes the $4.1 billion Grand Renaissance Dam along the Nile River that will produce about 6,000 megawatts when it is completed.

This is sufficient for an averagely populated city for a year. “Africa has one of the best potential resources of renewables anywhere in the world, but it depends very much on the enabling framework, on the governance and the right rules,” Frankl told Reuters on the sidelines of a wind energy conference. The advocacy for a low-carbon energy source to reduce harmful greenhouse gases is a form of threat to industries who use fossil fuels, as well as beneficiaries of such.

See also  What is Solar Energy and Solar Panels?

In Africa, South Africa’s state-owned electricity company, Eskom, best illustrates the effect of the shift from fossil energy to renewable energy. The company has shown reluctance to sign new deals with independent power producers, according to analysts.

In May 2017, the South African Wind Energy Association (SAWEA) said that the energy regulator agreed to probe into Eskom’s refusal to sign the agreements that delayed almost 3,000 megawatts

in new solar and wind projects. Mark Pickering, chairman of SAWEA, said on Wednesday, “Our government does not appear to appreciate the forces of nature.”

Eskom’s reluctance to sign the new power purchase agreements for two years has delayed investment of $4.03 billion, and affected investors’ confidence with the record of at least one wind turbine being closed down. “The continent has a lot of potential, but the problem is financial and political issues, so all of our projects are being delayed for quite a long time, like with Eskom,” said Mason Qin, business development manager for southern and eastern Africa.

Hence, the strong demand for less carbon energy, and the prospective plans of African nations regarding electricity, and the demands to achieve such plans, has projected that, only by the use of renewable energy can these be achieved. 5 years would be sufficient to make this shift in Africa much clearer.