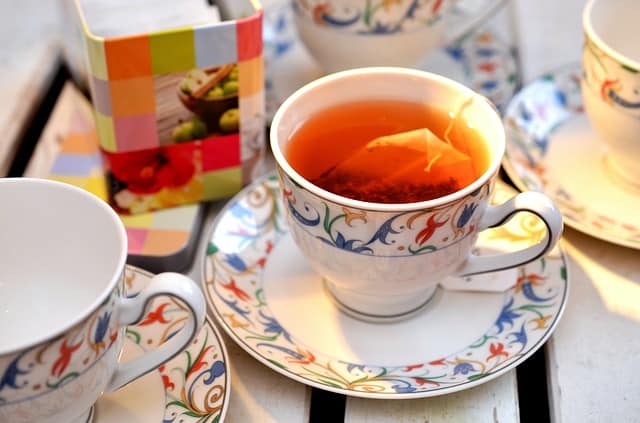 A large number of tea bags leach billions of plastic particles into every cup, a new study at McGill University discovered. Past research conducted on other mammals uncovered serious problems when consuming such particles. However, the health dangers are yet to identify.

The new study from McGill University disclosed plastic tea bags release billions of microplastics and nanoplastics. The question may arise -“Who drinks from plastic tea bags?” Many of us do; it turns out.

Some companies use plastic tea bags, and it isn’t precisely a new story. The Atlantic reported tea manufacturers mostly placing their leaves in “silky” or “mesh” tea bags considered being an evolution of the standard Lipton’s approach allowing you to see and smell the leaves. However, it turns out to be potentially hazardous to our health.

This thought came into the mind of Nathalie Tufenkji, a professor of chemical engineering at McGill, one day while ordering a cup of tea at a Montreal café. She tested out four different tea bags made of plastic in her laboratory along with fellow researchers. When brewed to 95 degrees Celsius, 11.6 billion microplastics and 3.1 billion nano plastic particles released by these bags into each cup, the team discovered.

On Sept. 25, these findings were published in the journal Environmental Science & Technology.

Another report, issued by the United Nations highlights how dangerously close we are to destroying ecosystems on which most biological life on the planet depend. We already know the damage that climate change is having on oceans.

Plastic is also a pervasive problem worldwide: since the ’50s, over 8.3 billion metric tons of plastic have been produced by humans, with roughly half of it being made over the past 15 years. Scientists estimate plastics that are dumped into oceans every single year are between five and 13 million metric tons. The destruction of entire ocean habitats is the result of warming temperatures and these plastic particles.

The McGill team writes that’s not the only place plastics show up. The existence of microplastics is found in table salt, fish, tap water, and most considerably from plastic water bottles. They’re also found in facial scrubs and toothpaste, along with, of course, drinking straws. In cafés around Los Angeles, cold brew coffee is served in cups made of plastic with plastic lids and sipped through plastic straws that are delivered wrapped in plastic. This practice is, of course not limited to this city.

George Carlin, the comedian, famously noted, that the purpose of humans maybe was to put plastic on the planet. As per the given data on plastic particles, his hypothesis may turn out to be true.

The health impact in humans from consumption of plastic particles is unknown till date. However, the environmental and health effects in populations of algae, zooplankton, fish, and mice have already been confirmed in previous studies. Numerous studies show that plastic particles once inside of the digestive tract are translocated in the body involving the mammalian gut (in rodents, rabbits, and dogs). The team writes,

“Potential biological responses include genotoxicity, apoptosis, and necrosis, which could lead to tissue damage, fibrosis and carcinogenesis.”

In The Atlantic in 2013, Taylor Orci wrote that tea companies emphasize the quality of tea over the fact that you’re drinking plastic. The truth that these particles are being leached into consumer’s cups is best to disguise. It is an industry-wide issue that some companies advertise plastic-free teabags.

More research needed to uncover the actual health effects of drinking these particles. The harm resulting from these substances has not been measured between 2013 and 2019, and you may wonder what the FDA and CDC are doing. Nevertheless, the benefits of green tea are hard to square while enjoying it with a side of the plastic.