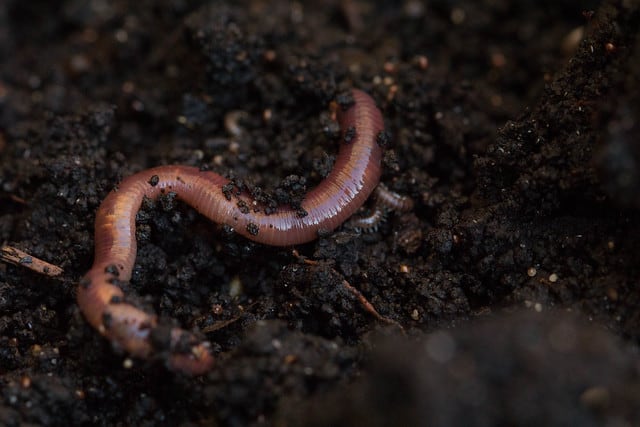 Plastic waste material could also make soils significantly less fertile besides damaging the ocean, which has been documented very well as worms cannot grow in the earth that contains microplastics, a new research shows.

Microplastics impede the growth of worms, scientists have found. It could have severe impacts on the ecosystems as a whole and hamper the growth of crops on which humans are fed.

Aporrectodea Rosea, the rosy-tipped earthworm, is most commonly found in farmland in temperate regions. According to a new study, earthworms that were placed in soil loaded with high-density polyethylene (HDPE), the plastic which is used in the production of bottles and carry bags, lost 3.1 per cent of their weight over a period of 30-day.

In a control sample, the weight of similar earthworms has increased by 5.1 per cent in homogeneous soil without plastic or HDPE over the same period.

The matter is grave as worms are “ecosystem engineers” and known to ingest dead organic matter and contribute to making nutrients available overall. It could seriously harm the overall biodiversity if they are losing weight and becoming restricted.

“It’s therefore highly likely that any pollution that impacts the health of soil fauna, such as earthworms, may have cascading effects on other aspects of the soil ecosystem, such as plant growth,” he explained.

The research is the first to investigate how microplastics affect endogenic worms living in the topsoil, and published in Environmental Science and Technology.

The broken-down food packaging, beads found in personal hygiene products, bags, and synthetic fibres all are included in the microplastics.

Although the risk to humans is still unknown, however, there are growing concerns as they can accumulate toxic chemicals and there is a possibility of tiniest pieces even entering the bloodstream.

The researchers study the effects of biodegradable polylactic acid (PLA), high-density polyethylene (HDPE), and microplastic clothing fibres (acrylic and nylon) in the soil.

Scientists found a commonly used HDPE in plastic bottles and bags led to a decrease in soil pH. Soil with PLA, a biodegradable form of plastic, caused stunted growth in ryegrass. Both the clothing fibres and PLA caused fewer ryegrass seeds to germinate.

The exact reasons why plastic causes worms to lose weight is not yet known to researchers.

Lead author Dr Bas Boots from Anglia Ruskin University said: “It may be that the response mechanisms to microplastics may be comparable in earthworms to that of the aquatic lugworms, which have been previously studied.

“These effects include the obstruction and irritation of the digestive tract, limiting the absorption of nutrients and reducing growth.”

Worms are indispensable to the balance of the ecosystem. The pores they create in the earth help oxygen and water enter the soil, and carbon dioxide to leave. Their faeces are also vital for the fine crumb structure in some soils. If the microplastics restrict the growth of earthworms on a broad scale, it could have unfortunate implications on soil health and farming.

“This study provides evidence microplastics manufactured of HDPE and PLA, and synthetic fibres, can affect the development of grass and the health of earthworms and crucial soil properties with potential further impacts on soil ecosystem functioning.”

Microplastics are present just “anywhere and everywhere”– in the air, in tap water, in human stools, in the water bodies worldwide, and a wide variety of other environments.

The extent of contamination is largely unknown. However, European studies are reporting the presence of anything between 700 and 4,000 plastic particles per kg of soil in some agricultural land.