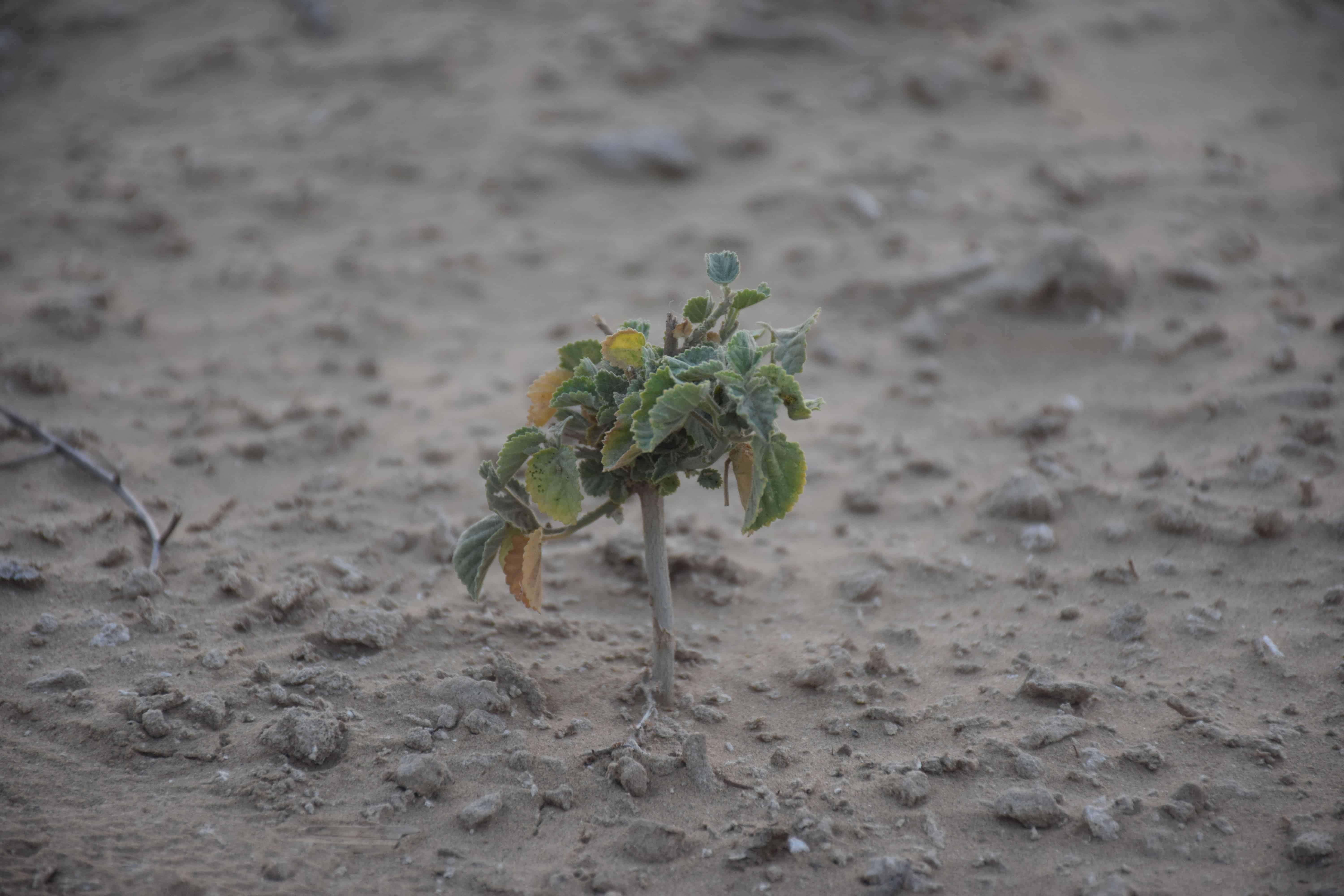 A “frightening” number of plant extinctions have been caused by the human destruction of the living world according to scientists who have completed the first global analysis of the issue.

Scientists found that since 1750, 571 species had so far been wiped out; however, with the limited knowledge of plant species, the actual number is likely to be much higher. According to the researchers currently, the rate of plant extinction increased by 500 times after the industrial revolution, and even this was also likely to be an underestimate.

“Plants underpin all life on Earth,” said Dr. Eimear Nic Lughadha, at the Royal Botanic Gardens, Kew, who was part of the team. “They provide the oxygen we breathe and the food we eat, as well as making up the backbone of the world’s ecosystems – so plant extinction is bad news for all species.”

The number of the disappeared plants from the wild is more than twice the combined number of extinct mammals, birds, and amphibians and the new figure is also four times the number of dead plants recorded in the red list of International Union for Conservation of Nature.

“It is way more than we knew and way more than should have gone extinct,” said Dr. Maria Vorontsova, also at Kew. “It is frightening not just because of the 571 number but because I think that is a gross underestimate.”

According to Maria, in comparison to the plants’ extinction rate reported in the study published in the journal Nature Ecology and Evolution, the actual extinction rate for plants could easily be orders of magnitude higher with respect to that. In case of thousands of “living dead” plant species, there is no chance of reproduction left for the last survivors as only one sex remains, or the big animals required for to spread their seeds have been extinct.

It takes many years to confirm that a plant has been wiped out, and many such species are waiting for the formal confirmation. “How are you going to check the entirety of the Amazon for your lost plant?” Vorontsova said. Moreover, there are some plant species which may have gone extinct even before they get discovered. Every year Botanists discover near about 2,000 new species.

According to some scientists, the sixth mass extinction of life on Earth is underway. As per the landmark report in May, human society was in danger from the rapid decline of the natural life-support systems of the Earth with 1 million species of plants and animals at risk of extinction.

The plant analysis found the most recorded extinctions (79) in Hawaii, followed by the Cape provinces of South Africa (37), and also Australia, Brazil, India, and Madagascar among the top regions. However, the places that have been less well studied may likely to have a similar number of extinctions.

The primary cause of extinction is the destruction of natural habitats due to human activities, such as shedding forests and converting the land into a farming field. At the time of searching for an unusual-looking grass, Sartidia perrieri, that was collected just once, in 1914, Vorontsova noticed this firsthand in Madagascar.

“We scoured the hills and mountains … but it was not there,” she said. “In the places where it would be growing, there are cattle grazing, regular fires and people growing rice.” Vorontsova’s search for spiny wild aubergines in Tanzania and Kenya ended the same way. “We found a coastal forest completely destroyed. I was shocked.”

Chile sandalwood is among the other plants lost which were exploited into oblivion for its aromatic wood, and the last two specimens of Saint Helena olive died of a termite attack and fungal infections in 2003.

The database of plant extinctions became available as a result of years of scouring scientific journals and fieldwork reports. The scientists hope that it will help in future conservation by highlighting the plants that are particularly vulnerable to extinction. For instance, the location is more important factor compared to the type of plant as the plants on small islands or in areas with a Mediterranean climate are more at risk, be it rose, orchid or palm.

“Millions of other species depend on plants for their survival, humans included, so knowing which plants we are losing and from where will feed back into conservation programs,” said Nic Lughadha.

The analysis was critical and robust in the opinion of other scientists. An ecologist at Southampton University, Bjorn Robroek, said: “The finding that extinction rates are highest in biodiversity hotspots that are at risk due to land-use change is alarming.”

Alan Gray, of the UK’s Centre for Ecology and Hydrology, said: “Scientists have not studied the vast majority of the world’s plants in any detail, so the authors are right to think the numbers they have produced are large underestimates. To address this extinction crisis, humanity will need to devise solutions that target funding towards conservation research and action. It’s time to ask not what biodiversity can do for us but what we can do for biodiversity.”

Vorontsova said: “We suffer from plant blindness. Animals are cute, important and diverse but I am absolutely shocked how a similar level of awareness and interest is missing for plants. We take them for granted and I don’t think we should.”