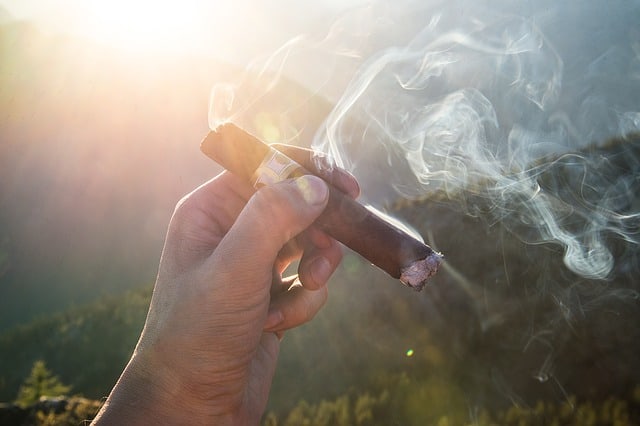 Exposure to polluted air for a prolonged period, especially ground-level ozone is like smoking a cigarettes pack every day for many years, which can also lead to emphysema, a new study says.

The study is the largest of its kind, published Tuesday in the medical journal JAMA. It focused on exposure to air pollution, specifically to ground-level ozone, fine particulate matter, black carbon, and nitrogen oxide. More than 7,000 adults aged between 45 and 84 in six US metropolitan areas such as Baltimore, Chicago, Los Angeles, New York City, St. Paul, Minnesota, and Winston-Salem, North Carolina were observed for over a decade for the purpose.

Researchers found using a CT scan that the exposure to each of the pollutants was associated with the development of emphysema, a lung condition that is usually associated with cigarette smoking and causes shortness of breath. This weakening chronic disease shrinks the oxygen amount that reaches your bloodstream. Scientists used spirometry, a simple test measuring the amount of air you can breathe out in one forced breath, to show a decline in lung function.

At the beginning of the study, the patients were all healthy. The factors that could compromise their lung health were controlled by the researchers, including age and whether the person was a smoker or was exposed to secondhand smoke on a regular basis.

The association between a pollutant and emphysema was seen to be the strongest with exposure to ozone, the only pollutant associated with a further decline in lung function.

The lining of our lungs irritates and inflames with exposure to ozone when we breathe it in. It can cause asthma attacks, leave us winded, and make it more vulnerable to infection.

You can’t see the ground-level ozone with naked eyes as it is the part of smog. It’s colorless, and when pollutants interact with sunlight, it occurs with the photochemical transformation.

“The increase in emphysema we observed was relatively large, similar to the lung damage caused by 29 pack-years of smoking and 3 years of aging,” said Dr. R. Graham Barr, the Hamilton Southworth professor of medicine and epidemiology at Columbia University Irving Medical Center and a senior author of the paper. One pack-year means smoking a pack of cigarettes a day for a year.

The estimation of air pollution levels was done at the participants’ home addresses. They were taking part in the Multi-Ethnic Study of Atherosclerosis Air Pollution (MESA Air) and MESA Lung studies.

Over the study period, the ambient concentrations of fine particulates and nitrous oxide excluding ozone decreased significantly, the researchers said.

“These findings matter since ground-level ozone levels are rising, and the amount of emphysema on CT scans predicts hospitalization from and deaths due to chronic lower respiratory disease,” said Barr.

The climate crisis may cause much higher levels of ground-level ozone in the future.

“Ground-level ozone is produced when UV light reacts with pollutants from fossil fuels,” added Barr. “This process is accelerated by heatwaves, so ground-level ozone will likely continue to increase unless additional steps are taken to reduce fossil fuel emissions and curb climate change. But it’s not clear what level of ozone, if any, is safe for human health.”

Stephen Holgate, a special adviser on air quality at the Royal College of Physicians in the UK, who was not involved in the research said that while it had been known for some time that air pollution and cigarette smoking accelerates the development of emphysema in people who are genetically susceptible to it, this study showed that it was applicable for the general population also.

“This important study adds to the massive evidence base that air pollution, in this case specifically ozone, is harming people, especially those who are vulnerable with co-existent lung disease,” Stephen told the Science Media Centre in the UK.

Some limitations noted by Holgate include the fact that the study didn’t measure air pollution indoors, where most people spend their time.

“That is the challenge of this kind of research,” said study co-author Dr. Joel Kaufman, physician epidemiologist and faculty member at the University of Washington.

This kind of studies essentially measure pollution as if you spent your entire time on your front porch, he said. The time you spend in your house or your office isn’t considered. However, it’s a good general measure revealing that exposure to pollution increases lung problems in the general population.

Kaufman says he expects people will look at research like this and will use it for encouraging their leaders to formulate better environmental policies considering their fossil fuel consumption.

Earlier studies predicted that exposure to ground-level ozone concentrations could cause acute respiratory problems in millions more and would cost the United States billions of dollars. In 2011 alone, exposure to air pollution caused more than 107,000 premature deaths in the United States, research has found.