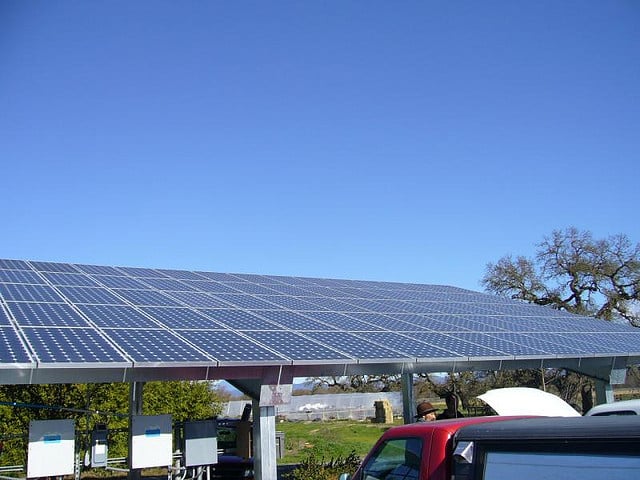 When we talk about the most plentiful source of energy in the world, the sun quickly springs to mind. The sun is estimated to be more than 4.5 billion years old, coupled with another 5 billion years of hydrogen fuel to burn within its lifetime. That is a perfect definition of a renewable energy resource that will not deplete anytime. Solar energy is vastly advantageous since it can be utilized without giving off greenhouse gasses or dangerous byproducts. The sun’s energy can be used directly for heating, cooling, and lighting. It can also be converted into electricity to power anything ranging from homes, commercial premises and industrial processes. In fact, Scientists project that the sun’s energy would be the largest source of electricity by 2050.

Solar panels are specially designed devices that tap into the sun’s energy and convert it into electricity. They consist of smaller units known as solar cells or photovoltaic cells. Solar cells are the main components responsible for converting the sun’s energy into electricity. The majority of solar panels (80%) are made of crystalline silicone. Examples of crystalline silicone solar panels include monocrystalline, polycrystalline, amorphous silicon and hybrids. They are typically placed on rooftops or installed in open spaces to ensure maximum reach of the sun. The remaining (20%) of solar panels encompasses chiefly of solar cells made of cadmium Telluride, including a small yet rapidly growing quantity from CIGS. People go for Cadmium Telluride solar panels because they are fairly cheap as they are able to be made in large single sheets.

After development, the solar panels are always thoroughly sealed to insulate them from harsh climatic conditions. They are later wrapped with a non-reflective glass to cushion them from external damage and carefully placed into a rigid frame. The frame is specially designed to prevent deformation caused by freezing weather and powerful winds. The frame also comes with a drainage hole to mitigate build up of water on the panels. Water buildup can significantly minimize output.

How do Solar Panels Work?

In a solar cell, crystalline silicone is squeezed in between conductive layers. Every silicone atom is coupled to its neighbors by four powerful bonds, which keep the electrons in place, preventing current from flowing. The basic explanation is that a silicone uses two distinct layers of silicone; N-type silicone, which consists of extra electrons and P-type silicon, which consists of extra spaces for electron known as holes. The area where the two kinds of silicone meet called the PN junction allows electrons to wander across, creating a positive charge on one side and negative charge on the other.

The sun rays carry a vast number of photons. When one photon hits the silicone cell with sufficient energy, it can knock an electron off its bond leaving behind a hole. The negatively charged electron, as well as the location of the positively charged hole, is at liberty to wander around. However, due to the electric field at the PN junction, they will only go one way; the hole is drawn to the P side, while the electrons to the N side. The moving electrons are collected using thin metal fingers situated at the top of the cell. From there, they are allowed to flow via an external circuit performing electric functions such as powering a bulb before flowing back via an aluminum sheet situated on the back. A single silicone cell is able only to generate half a volt. Solar companies string these silicone cells together to generate more volts.

Solar panels are designed to harness the sun’s energy and convert it into electricity to power homes and businesses. Solar energy is also rapidly turning out to be a low cost, eco-friendly and popular energy source. Research conducted recently shows that power bills have increased in the past four years. Add the cost of living to that, and you understand why lots of people are flocking to solar power as a reprieve. Below are the benefits of turning to solar panels as way of generating electricity.

Some countries like the United States offer individuals who install solar panels tax credits and rebates. This means you are primed to receive 30% of total cost of the solar panel and installation cost as a federal income tax credit when it’s time to file your taxes. So when you install a solar panel worth $25, 000, you save $7500. Include local and state rebates, plus Solar Renewable Energy Credits (SRECs), and you could cut the total cost by half. Solar Renewable Energy Credits are generated throughout the year giving you the chance to sell excess power to utility companies. This can produce remarkable return on investment for you.

When you compute your annual energy bills, you would be shocked to find that they are in thousands of dollars. On average, an individual consumes energy worth $3,050. Utilizing solar panels to generate electricity can massively dial back on these costs. They also provide long-term savings as the sun’s energy is harnessed free of charge.

Renewable sources of energy are never-ending, which means they’ll be used to the very end of time. Solar energy is a renewable energy source because the sun will continue to shine until the end of our lifetime. Fossil fuels, on the other hand, are non-renewable, which means they are projected to run out in the next fifty years or so. So installing solar panels means you’ll enjoy electricity until your time on earth is up. The only cost you’lcl incur is maintenance, which may take years.

Solar power has proven to be an incredible economic development resource. For example, in 2014, the United States solar industry generated more than 17,000 jobs, overtaking the overall economic rate by 20%. In the same year, the country saw the creation of 6,000 solar companies in the 50 states. This development is contributing about $15 billion to the U.S. economy each year.

Installing solar panels in your home can increase the value of your home 3-fold. With more and more people looking to cut back on energy bills and live a green lifestyle, homes with solar panels are magnets these days. This means when you intend to sell your home in the future, you will get an impressive return on investment.

Solar panels require little maintenance. You may use them for years before they develop a glitch. This is because they are developed with safeguards including thorough surface sealing to mitigate weather impacts. They are also wrapped entirely with non-reflective glass to prevent external damage and harsh climatic conditions.

Installing solar panels will insulate you from annoying power interruptions associated with traditional forms of electricity. When the traditional power goes off, the solar power will keep you going since you can save the energy for later use.

Energy harnessed from the sun using solar panels can be used directly to heat homes, provide hot water for bathing, cleaning and other household chores. The energy can also be converted into electricity for lighting homes, powering appliances, commercial and industrial processes.

Most developing nations heavily rely on fossil fuels such as oil, gas, and coal to meet their energy needs. When conflicts erupt, or supplies drop, shortage is experienced, and prices skyrocket. This can impact these countries’ economies. Installation of more solar panels will help mitigate this problem.