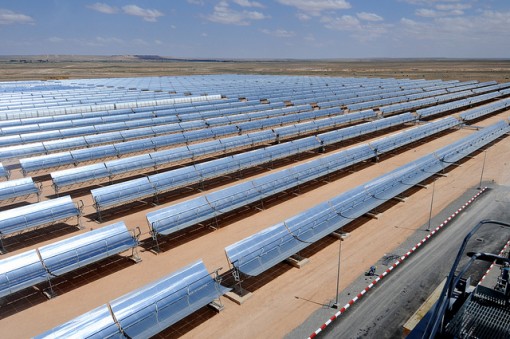 The face of energy is changing fast. New technology and the deregulation of energy is providing more and better energy solutions and putting more money into the pockets of consumers. The future of energy provision is brighter, greener, and soon to be cheaper than ever before. Here are some of the biggest and brightest changes making smarter energy for a smarter future.

The global coal and petroleum market is volatile, shifty, and dirty. Yet, it happens to be the backbone of our energy needs, but all that’s changing. Renewable energy is making huge strides in creating and storing energy. Renewable energy is energy created from natural effects like, the sun, wind, and/or water.

This type of energy can be generated from the earth’s natural forces, and can be continually captured. The earth’s forces can be harnessed and transformed into usable energy. This means that the source of that energy will never run out. This type of technology is leading the way for alternative energy and is the greenest way to create and distribute energy.

Deregulation is also helping to shape the future of energy provision. There was a time when the government was responsible for setting the consumer energy rates. This meant consumers had no choice when it came to energy provision and the prices were locked.

Deregulation has changed all that. In a free energy market energy providers must compete for customers and thus offer competitive rates. This is giving consumers more power and choice when it come to their energy provider. Costumers are seeing big saving and are starting to really like the ability to choice for themselves.

For new consumers or those who may be interested in changing their provider, the whole process can seem daunting and confusing. Before switching, consumers need to make some serious considerations. Industry leader and Canadian company, Direct Energy in Edmonton, writes: “Above all, it’s important to remember that there are a plethora of energy solutions available from competitive energy suppliers in the deregulated market.” They advise that consumers ask these important questions before switching, “What are you willing to pay? What features are you looking for in any given energy plan? What other services – if any – do you want in addition to your supply of electricity or natural gas.”

There’re some very cool energy solutions being employed right now and some that are soon to be in our near future. Here are some of the most interesting energy proving options.

2. The Beta.ray: German architect designed a solar powered sphere called the Beta.ray, and it’s amazing. It looks like it came of the pages of some science fiction novel. It works in low light situations and can even be powered by the moon light alone. This giant sphere lens captures and focuses light onto solar panels which convert and store the energy in battery banks. The spherical lens dramatically increases the amount of light hitting the solar panels. Beta.ray can produce enough energy to operate as a charging station for electric cars, or even supply an entire building with electricity, heat, and hot water.

See also  How to Become Environmentally Friendly in the Construction Industry

3. The Dutch Windmill: This wind machine like no other comes from a land that knows something about wind power. This new type of wind generation is completely silent and very efficient. It operates by using a electrostatic wind-energy converter. This converter utilizes the natural forces of wind, water, and an electric field to directly produce a current. This is not just a windmill it’s a whole building that can power itself. This might be the first 100% green building ever made. If all goes to plan the building could pay for itself in less than five years.

4. Nuclear Fusion: This might be the life-line everyone is reaching for. If you’re not sure what nuclear fusion is, think of the sun. The sun is one very large nuclear fusion reactor. This type of energy can produce enormous amounts of power and do it almost carbon-free and without producing nuclear waste. Most scientists feel that goal is still about 30 years away, but that is really not that far off. Big names like Lockheed Martin are pushing this idea forward. The company has plans to make a reactor that could fit into a tractor-trailer and make 100 megawatts of power within the next ten years.

5. Geothermal: Geothermal energy is not the future, it’s now. In the next decade we will see a giant rise in geothermal energy. This type of energy is made by converting the heat of the Earth’s core to usable electricity. Iceland has been using this new technology by tapping into volcanoes, and hope to be able to to design more advanced systems which can be used to create clean and limitless energy. Geothermal systems of the future will be able to produce 10 times much energy as conventional geothermal plants. Scientist are finding viable sources around the globe, including hot spots just below the sea floor.