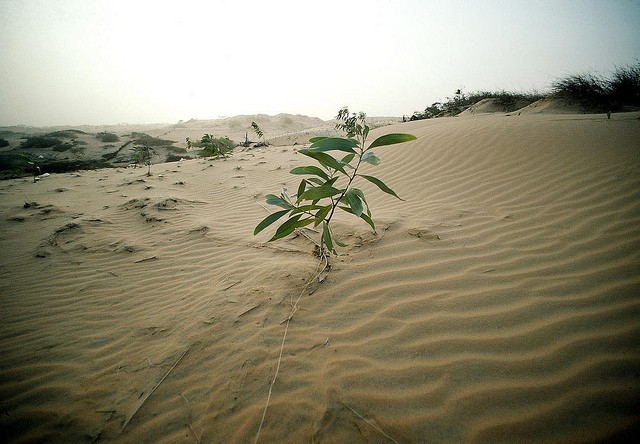 Gobbling up carbon dioxide will help trees to get a boost and grow faster until the end of the century, scientists predict. However, whether they’ll be able to absorb carbon dioxide after 2100, experts aren’t sure. Highlighting the importance of forest preservation while fighting against global warming, they warn in a study.

In the study published in the journal Nature Climate Change, the team wanted to forecast whether trees can continue absorbing greenhouse gas in the future.

Going through the 138 existing studies on grassland, shrubland, land used for crops, and forests, the team found that levels of carbon dioxide were elevated. Growing plants in special chambers and fumigating forests with carbon dioxide were included in these experiments. The symbiotic relationship between plants and fungi, which helps both to thrive, and statistics related to nitrogen and phosphorus and other soil nutrients which trees require to convert carbon dioxide into food were also studied.

Rob Jackson, chair of the Earth System Science Department at Stanford and co-author of the paper published in Nature Climate Change explained to Newsweek: “Over the last three or four decades, forests and terrestrial systems, in general, have absorbed almost a quarter of all fossil fuel emissions released into the air.”

“Our study suggests ‘yes’. If ‘no,’ then carbon dioxide concentrations in the atmosphere will rise faster for the same level of emissions,” Jackson warned.

See also  Metal Recycling: How to Recycle Metal and its Importance

By feeding on the amount of carbon dioxide expected to be released by 2100, it could cause the biomass or weight of plants to increase by 12 percent. At existing rates of global anthropogenic emissions, this amounts to five to six years of emissions of carbon dioxide.

How plants will utilize carbon dioxide in the coming decades depends on the interactions between phosphorus, nitrogen, and also the relationship between plants and fungi mostly, the team found.

“Our results highlight the key role of terrestrial ecosystems, in particular forests, in mitigating the increase in atmospheric carbon dioxide resulting from anthropogenic emissions,” the authors wrote.

They went on to warn: “Thus, if deforestation and land use changes continue decreasing the extent of forests, or if warming and other global changes diminish or reverse the land carbon sink, we will lose an important contribution towards limiting global warming.”

Jackson told Newsweek: “We were pleased to find that forests appear likely to grow even faster in the future as a result of CO2 fertilization.” However, Jackson stressed on the fact that to stop climate change, the amount of carbon dioxide utilized by trees is not sufficient. “They aren’t, and won’t be, a substitute for the first order of business—cutting fossil fuel emissions,” he said.

In this latest project, experts assess the role of plants in climate change. The Intergovernmental Panel on Climate Change of United Nations released a report last week on the importance of land, including forests, in controlling the climate change. Moreover, a study published in Science in July disclosed restoring forests on a global scale to ease the climate change effects.

“Preserving and restoring our forests don’t just fight climate change,” Jackson explained. “Forests purify our water and air, reduce soil erosion, and harbor most of the world’s biodiversity. We help much more than the climate by taking care of them.”

César Terrer, the lead author of the study and postdoctoral scholar in Earth system science at Stanford University School of Earth, Energy, and Environmental Sciences, commented in a statement: “Keeping fossil fuels in the ground is the best way to limit further warming. But stopping deforestation and preserving forests so they can grow more is our next-best solution.”

Terrer commented: “We have already witnessed indiscriminate logging in pristine tropical forests, which are the largest reservoirs of biomass in the planet. We stand to lose a tremendously important tool to limit global warming.”

Professor Patricia Thornley, director of the Energy and Bioproducts Research Institute at the U.K.’s Aston University, who was not involved in the research, told Newsweek: “One of the issues raised in the report is that the key constraint on achieving this enhanced biomass growth is the availability of nitrogen (primarily) and phosphorus (secondary).

“That draws attention to the fact that we need to be really careful about management of nutrients globally, ensuring that nitrogen and other plant nutrients are appropriately applied and not wasted or allowed to accumulate and cause pollution.”

However, she added: “There are large uncertainties acknowledged in the report and so we cannot be completely confident that this additional growth will materialize, but also it is not completely clear how the work has accounted for changes in water availability, which could also have strong impacts.”