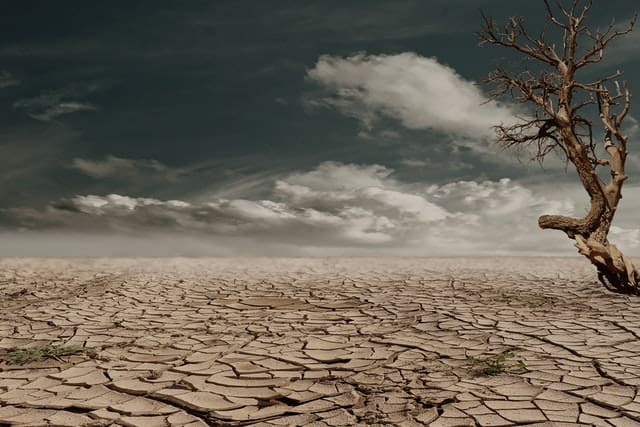 The world is facing a ‘Clear and unequivocal’ climate emergency, says a global group of around 11,000 scientists who have endorsed research. Governments are failing to address the crisis according to the study, based on 40 years of data on a range of measures.

The study also says the world is facing “untold human suffering” without deep and lasting changes, and as per the researchers, it’s their moral obligation to warn of the scale of the threat.

The new study was released on the same day on which satellite data shows that last month was the warmest October on record. However, merely measuring global surface temperatures is not an adequate way of capturing the real dangers of an overheating world, study says.

Therefore, a range of data was included by the authors, which they believe represents a “suite of graphical vital signs of climate change over the past 40 years”.

The growth of human and animal populations, global tree cover loss, per capita meat production, and also fossil fuel consumptions, all are included in these indicators.

The progress that has been evidenced in some areas like renewable energy has grown significantly where consumption of wind and solar is increasing 373% every decade. However, it was still 28 times smaller than the use of fossil fuel in 2018.

If all taken together, most of the vital signs indicators of the researchers are moving towards the wrong direction, signaling a climate emergency.

“An emergency means that if we do not act or respond to the impacts of climate change by reducing our carbon emissions, reducing our livestock production, reducing our land clearing and fossil fuel consumption, the impacts will likely be more severe than we’ve experienced to date,” said lead author Dr Thomas Newsome, from the University of Sydney.

“That could mean there are areas on Earth that are not inhabitable by people.”

Difference between this study and other reports on climate change

The study presents a clear and simple graphical picture of a broader range of indicators showing the severity of the threat, whereas the response has been inadequate. The things might be worse, but there is still hope. Six areas have been mentioned by the researchers in which immediate steps should be taken that could make a significant difference. These are:

Imposing high carbon fees to discourage the use of fossil fuels and end subsidies to fossil fuel companies and massive conservation practices need to be implemented while replacing oil and gas with renewable sources.

Limiting short-lived pollutants like methane, hydrofluorocarbons, and soot as per the researchers has the potential to reduce the short-term warming trend by 50% over the next few decades.

The economy’s dependence on carbon fuels must be converted and changed away from growing the gross domestic product of the world and pursuing affluence.

The global population needs to be stabilized, which is growing by around 200,000 per day.

The scientists who have endorsed the report

Around 11,000 researchers, belonging to different streams and categories from 153 countries, have endorsed the research.

According to the authors, they didn’t target individuals; therefore, there is a marked lack of some of the more prominent names in climate change research.

The details of every signatory of the endorsement have been published online.

“We have rising emissions, rising temperatures, and we’ve known this for 40 years, and we haven’t acted – you don’t need to be a rocket scientist to know we have a problem,” said Dr Newsome.

The demand of the authors at present

Many climate conferences and assemblies have failed to produce meaningful action, which made the researchers disappointed. However, they are hopeful about the growing global protest movement.

“As scientists, we urge widespread use of the vital signs and hope the graphical indicators will better allow policymakers and the public to understand the magnitude of the crisis, realign priorities and track progress.”

Influencing human population growth has become highly controversial and has been deemed difficult to tackle by UN negotiators. For authors, looking the other way is no longer an option.

“It is certainly a controversial topic – but I think that population should be talked about when considering human impacts on the Earth,” said Dr Newsome.

“It’s important when presenting these results to look at some positives, and one of the more positive things that we’ve pulled out of this data is that there is now a slight decline in birth rates at a global level.”