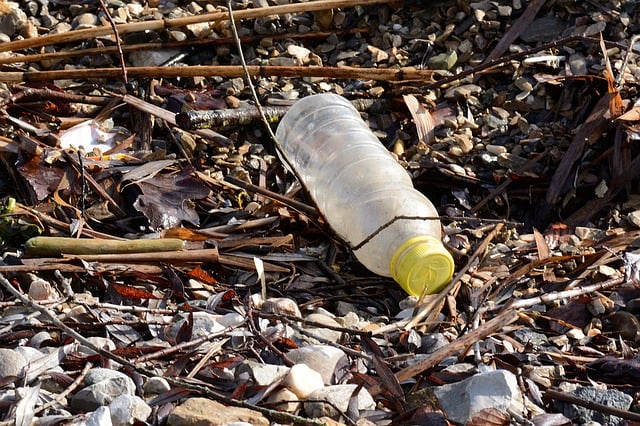 Welcome to the Plastic Age, followed by Bronze Age and Iron Age, scientists say, as plastic pollution has entered into the fossil record with exponentially increasing contamination since 1945, research shows.

The plastic layers could be used to mark the beginning of the Anthropocene, the proposed geological epoch in which human activities dominate the planet, scientists suggest. According to them, the current period may become known as the plastic age after the bronze and iron ages.

The annual layers off the coast of California back to 1834 have been examined by the study, the first detailed analysis of the increase in plastic pollution in sediments. The plastic that was discovered in the layers precisely indicates the exponential rise in plastic production over the past 70 years.

The plastic particles found were mostly fibres from synthetic fabrics used in clothes, which indicates that plastics are freely flowing into the ocean via waste water.

“Our love of plastic is being left behind in our fossil record,” said Jennifer Brandon, at the Scripps Institution of Oceanography at the University of California San Diego, who led the study. “It is bad for the animals that live at the bottom of the ocean: coral reefs, mussels, oysters and so on. But the fact that it is getting into our fossil record is more of an existential question.

“We all learn in school about the stone age, the bronze age and iron age – is this going to be known as the plastic age?” she said. “It is a scary thing that this is what our generations will be remembered for.”

Sir David Attenborough after raising the profile of plastic pollution in the ocean, in his Blue Planet 2 TV series, said in July, attitudes were changing. As per his prediction, the polluting the planet would soon provoke as much abhorrence as human slavery.

Since the 1940s, every 15 years, the amount of microscopic plastics in the sediments has doubled, the research published in the journal Science Advances found. The pollution extended to almost 40 particles per 10cm by 10cm patch of ocean floor every year in the most recent year analysed in 2010.

Out of the particles, two-thirds were plastic fibres; one-fifth were fragments broken-down from other plastic and one-tenth were plastic film. “It is a very clear signature,” Brandon said. “Plastic was invented and pretty much immediately we can see it appear in the sedimentary record.”

A study in 2016 showed single clothes wash could release 700,000 microplastic fibres. “They are definitely not being disposed of properly,” Brandon said. “We are not filtering them out properly at household or waste treatment plant level. I think that is the next big frontier: what are we doing about our waste water and what we make our clothes out of, because clearly [the plastic] is washing straight into the ocean?”

Every year, plastics in many millions of tonnes are discarded into the environment and are broken down into non-biodegradable fibres and small particles. From the deepest oceans to high mountains, microplastics are everywhere, and the Arctic air is even showing pervasive pollution of the planet.

It is known that eating plastic causes harm to marine creatures. However, research is limited. It is believed that humans consume at least 50,000 microplastic particles a year through food and water. The impact on health is still unknown, but microplastics can release toxic substances and may even penetrate tissues.

A sediment core taken from more than a mile offshore from Santa Barbara which was close to the populations of 4 million living in Los Angeles, was analyzed in the latest research. Due to current local patterns, this basin is naturally devoid of oxygen, and no animals are burrowing into the sediments that can destroy the delicate annual layering.

This 36cm-long core was initially taken for the assessment of fish populations over time. As it had been wrapped in a plastic liner, scientists used a laser signature for the identification of this specific type of plastic and segregating the contaminations present in a small amount from their analysis.

The core was taken in 2010. However, according to Brandon, as the production of plastic continued to rise, it was not right to think that exponential rise in plastic pollution had been curbed since then.

“I hope our study shows this is a very serious problem,” she said.