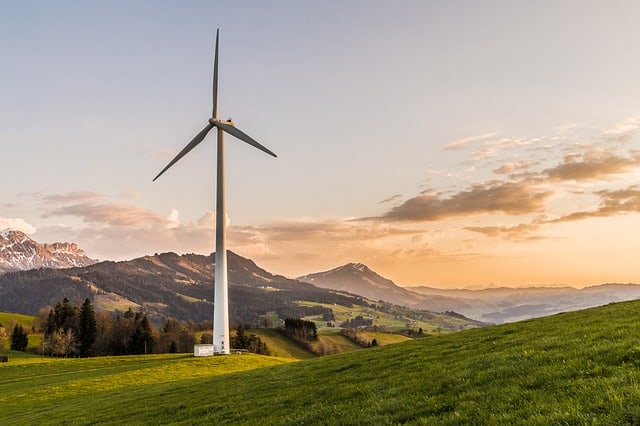 Lots of researchers from the King Abdullah University of Science and Technology, partnering with the University of Notre Dame, have recently discovered that a “considerable potential” in Saudi Arabia. It is necessary to know that Saudi Arabia is a country with a worldwide reliance on crude oil – a good switch to wind energy is a good move.

Moving forward, to determine the potential of wind energy needs intense and widespread observational data or highly fine-tuned computer modeling – both of which are not present in Saudi Arabia, one of the world’s leading sources of petroleum.

Furthermore, as part of the ongoing research collaboration with the University of Notre Dame in the United States, the scientists from (KAUST), King Abdallah University of Science and Technology working as part of Marc G. Genton’s Research Group made use of high-resolution data to investigate the possibility of scaling-up wind energy in Saudi Arabia.

It is important to note that the research group under the supervision of KAUST Professor of Statistics Marc Genton made use of high-resolution data from the recently developed Middle East North Africa (MENA) model of the International Coordinated Regional Climate Downscaling Experiment (CORDEX) to note the possible changes in Saudi Arabian wind resources stemming from climate change.

However, Wanfang Chen, a doctoral student on Genton’s team stated this: “Saudi Arabia has mostly relied on fossil fuels for its energy needs, but this is changing due to the rising energy demand resulting from industrial development, urbanization, and growth of its population.”  Also, investing on wind energy in the country will provide an important source of clean energy and also as a potential new industry for a country who won’t be able to hold on to the oil industry forever.

As direct wind-speed measurements are available only on sparse regions, an evaluation of the potential of wind as a source of energy in the whole region is not feasible based solely on observational data. Computer simulations can help, but previously could not deliver the spatial or temporal resolution needed to accurately characterize resources for wind-farm planning in this region

The conclusions from their simulations were better than expected. Additionally, Chen went further to state this: “While we knew that Saudi Arabia has regions of high wind-power density, particularly along the Red Sea coast and over areas in the southeast and adjacent to the Persian Gulf, this work revealed the considerable potential for wind energy in other regions during specific seasons.”

Furthermore, the MENA CORDEX model also displayed the areas that would always improve high wind-power density for many decades to come, making them worthwhile locations for the development of wind energy.

“Our study emphasizes the potential of using such models to infer spatiotemporal variations of wind resources under current and future climate conditions. We are planning to expand this work to higher resolution simulations that will provide unique insights for wind farm planning,” Chan said.

Saudi Arabia has also diversified to making use of solar panels as a source of energy and its new projects such as the $200 Billion 200 GW solar power plant and the $130 million Al Khafji solar-powered water desalination power would drive Saudi Arabia’s solar panel market to grow at CAGR (Compound Annual Growth Rate) of 30.2% during 2018-24, according to a report.

Also, in the FY2019 national budget, the Saudi government has allocated $7 billion for the development of renewable energy projects, and add the study titled “Saudi Arabia Solar Panel Market (2018-2024)” from 6Wresearch, a global market and consulting firm.

The significant spending on renewable energy project would also drive the growth of the solar panel market in Saudi Arabia during the forecast period.

Devesh Kumar, research associate, Research and Consulting, 6Wreasearch, said: “By regions, the central region holds the highest revenue share in the overall Saudi Arabia solar panel market and is projected to maintain its dominance during the forecast period as well on the back of several upcoming projects such as Sakaka 300 MW Solar Project and Duba-1 Integrated Solar Combined Cycle Plant Project.”

Saudi Arabia’s main goal to enforce clean energy through wind and solar is a new way to help the ecosystem off the grasp of climate change and its effects. The country has boosted its solar market panels and its reliance on crude oil is decreasing with its new advancements that will further change the world.