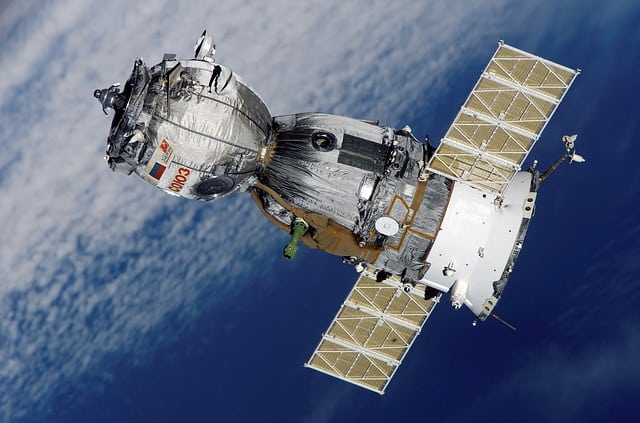 Soon we will have a new wave of satellites set for orbiting the Earth that will help locate greenhouse gas producers and even an individual leak at an oil rig using the latest sensors. Now, the pressure is immense on companies to disclose emissions.

Governments and companies in a dozen are planning for satellites’ launch for measuring concentrations of heat-trapping gases like methane, the gas responsible for about one-quarter of global warming caused by humans. The primary objective is tracking nations, industries, companies including individual facilities to figure out the biggest contributors to climate change.

said Mark Brownstein, a senior vice president at Environmental Defense Fund, which plans to launch its MethaneSAT in 2021. “Oftentimes both government and industry are not fully aware of the magnitude of the opportunity to cut emissions. With that data, they can take action.”

As per an email of Stanley Young, a spokesman for the state’s Air Resources Board, California is joining hands with Planet Labs Inc. on a satellite making it capable enough to “pinpoint individual methane plumes” from oil and gas facilities and other sources like dairies, landfills, and wastewater plants. He said methane is underestimated in the majority of the inventories as suggested by researchers and regulators are keeping a watch on that.

In the U.S. history, the largest natural gas leak took place in California in 2015 when a broken well released 100,000 tons and more of methane before being plugged outside Los Angeles, according to a study published in Science the following year by federal and university researchers. Owned by Sempra Energy, the well leakage costs estimated to be $1.01 billion.

This initiative may help boost the pressure of shareholders on companies to disclose as well as reduce emissions considerably. It started showing results as Exxon Mobil Corp. joined the Oil and Gas Climate Initiative in September targeting to reduce emissions of aggregated upstream industry methane by 20 percent and more by 2025 followed by Chevron Corp. that plans to tie executive compensation for reaching emissions goals this year.

According to Laura Cozzi, chief energy modeler at the International Energy Agency, oil and gas firms can reduce 40 to 50 percent of their methane emissions without incurring any additional net cost, and that equals shutting down Asia’s two-thirds of the coal-fired generation with substantial climate impact.

There are also other scattered sources of methane which are challenging to track. According to the Global Methane Initiative, the domestic livestock like cattle and sheep are the largest anthropogenic contributor to methane emissions globally as gas emission constitutes their digestive system followed by the oil and gas industry, landfills and coal mining.

According to Ruaraidh Petre, Executive Director at Global Roundtable for Sustainable Beef, reducing the methane emissions by livestock would entail more nutrients getting converted into meat. Animal’s life cycle improves through improving the feed quality or pasture and adding a specific type of seaweed into sheep’s diet has been shown to reduce 80 percent of their methane emissions, he explained.

The satellite projects like the European Space Agency’s Sentinel-5 Precursor satellite to Montreal-based GHGSat Inc., that is planning a constellation of satellites are a mix of public and private efforts. The craft launched by ESA in 2017, presented a global map of methane tracking the origin of the gas. The new satellites can even detect invisible bands of the light spectrum to identify gases like methane and carbon dioxide.

“Seeing exactly who is emitting what, where, how much and when is a must in order to reduce emissions and stop climate change,” said Yotam Ariel, the founder of Bluefield Technologies Inc., planning for launching its first gas-measuring microsatellite in orbit by next year end.

The new satellite startups like Bluefield, GHGSat and San Francisco-based Orbital Sidekick Inc. are entering the sector to launch satellites and sensors for monitoring leaks at oil and gas facilities. Village Global LP, a venture capital firm backed by tech titans including Jeff Bezos and Mark Zuckerberg has funded Bluefield in part. Investors of GHGSat include the Oil and Gas Climate Initiative, Space Angels, Schlumberger Ltd., and the Business Development Bank of Canada.

Governments and startups are sending more satellites into orbit to monitor greenhouse gas. Lesley Ott, a research meteorologist at the National Aeronautics and Space Administration’s Goddard Space Flight Center in Greenbelt, Maryland said that these new satellites have yet to prove their accuracy regarding monitoring the emissions from natural sources like such as the agricultural sector or the wetlands. However, they may be instrumental in detecting and reducing the larger sources of emissions.

“We are in the process of building a data store of emissions from all facilities globally,” said Stephane Germain, president of GHGSat, which is aiming to launch a dozen emissions-monitoring satellites in the earth’s orbit in coming three years. “Our ambition is to understand carbon dioxide and methane emissions from every single one of those facilities and track them over time.”

Launching a 5-kilogram cubesat into low Earth orbit would cost as little as $295,000, as per the website of Seattle-based Spaceflight Inc. However, the final costs may vary depending on the orbit, launch vehicle, timeframe, and various other factors.

EDF’s MethaneSAT, amongst other efforts targets to capture changes on more regional levels. Satellites that scan Earth’s wider swaths offer lower resolution compared to those with more accurate measurements but a narrower field of vision.

According to Sentinel-5 Precursor Mission Manager Claus Zehner, greenhouse gas tracking by satellite is still in its nascent stages, and the data to be effective requires combining it with ground-based calculations although clouds and air pollution can distort measurements.

“The future is to combine different satellite measurements in space together with ground-based measurements and with models,” said Zehner. “You need all those components.”