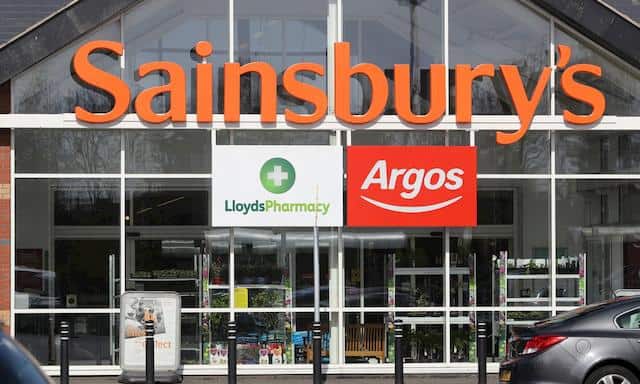 Sainsbury’s, the second-largest supermarket chain in the UK, has pledged to invest £1bn to become a carbon-neutral business by 2040, a decade ahead of the government’s net-zero economy target. Its plans include reduction of emissions from areas like refrigeration and transport, cutting down on waste, and a plastic bottle deposit scheme.

The 20-year program of the supermarket chain would include cutting down carbon emissions, food waste, plastic packaging, and usage of water. It would increase recycling, promote healthy and sustainable eating, and would also ensure that its operations are net positive for biodiversity.

The retailer has planned measures including making more efficient fridges, using alternative and low-carbon fuels among its vehicles increasingly, and also cutting down the use of plastic packaging into half by 2025. The retailer is trying out a deposit return scheme in its five stores, offering a 5p coupon to customers for every plastic bottle they recycle.

Mike Coupe, Sainsbury’s chief executive, said the company was investing to “transform the way we do business and put environmental impact at the forefront of every decision we make”. Over the past 15 years the firm had reduced its carbon emissions by 35%, he noted, “despite the footprint of our business increased by over 40%”.

“We invested £260m in over 3,000 initiatives over the last decade, including the start of our LED lighting program and refrigeration,” Coupe said.

The grocer would also ask suppliers with whom it works to commit to reducing their carbon emissions. Coupe said the retailer would be writing to its suppliers to ensure “they are playing their part.”

He added: “We need to understand further up our supply chains how we impact the environment and make sure our suppliers are working towards eliminating their carbon emissions as well”.

Sainsbury’s set a target on water too. It says it will capture rain on roofs and recycle water from car washes and ice on fish counters to reducing its water usage.

However, he added: “It’s encouraging to see Sainsbury’s stepping up to the plate on the climate emergency – the rapid transition to a net-zero economy is urgently required.

“Supermarkets have a huge influence on our personal carbon footprints, so the more they can do to embrace and encourage greener lifestyles, the better for us all,” said Mike adding that “encouraging and supporting the switch to a more plant-based diet is particularly important – eating less, but better quality, meat, and dairy would be healthier for people and the planet.

There are many more like Sainsbury’s who attempted to outline their sustainability goals, but Sainsbury’s has set more ambitious targets compared to some of its rivals. Tesco, which also wants to reach carbon neutrality by 2050, has recently announced that it would remove shrink-wrapped multipacks of tinned food from its stores as part of a drive for reducing its plastic packaging usage.

At the same time, at the beginning of 2019, German discount chain Aldi announced to buy carbon credits to offset emissions entirely from its 870 UK stores and 11 distribution centers. It had worked for reducing emissions by switching to renewable energy, upgrading its fridges and freezers, and reducing fuel consumption in its distribution network.

Despite these efforts, the retail industry faces many challenges in its bid to do business more sustainably. An academic study found that UK retail food outlets “are responsible for around 3% of total electrical energy consumption and 1% of total greenhouse gas emissions”.

Previously environmental campaigners have criticized supermarkets for running inefficient refrigeration systems. The open fridges used by most of the shops are consuming much more energy than those with doors. The hundreds of thousands of commercial refrigeration systems of the UK accounted for about 12% of the country’s carbon emissions. Energy bills make up one-third of the costs for the typical retailer.

These supermarkets have also been condemned for adding to the UK’s problem of food waste. They reject crops that do not meet quality standards or not required them due to fluctuations in demand. Every year over £1bn of produce made for UK supermarkets is thrown away or fed to animals before leaving farms, as per a 2019 report by Wrap, the waste reduction body.

When asked whether it would help carbon emissions if Sainsbury’s sold more UK produce instead of food from overseas, he said: “We have to find a balance regarding ‘food miles’.

“We have to bring our customers on the journey with us. It is more environmentally-friendly to grow products in environments that are suitable for those products.

“But equally there is a trade-off between doing that, our customers having availability of those products, and the way that we bring them to the market.”