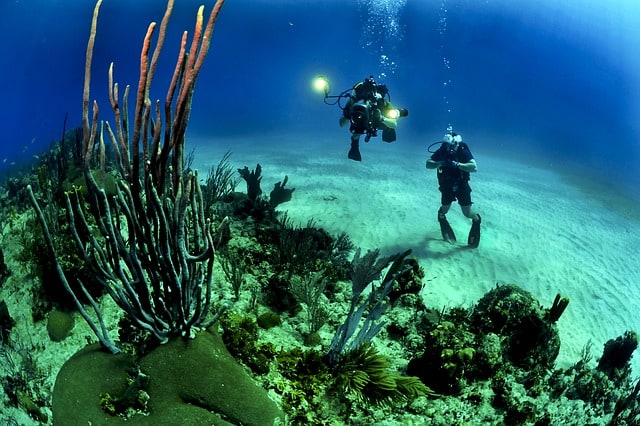 The Great Barrier Reef in Australia is under threat. It is being severely damaged each year with large areas being lost to coral bleaching. This bleaching occurs as a result of changes in the environment and has been shown to have impacts across large areas of the reefs. The Great Barrier Reef is on the UNESCO World Heritage List, and UNESCO have indicated their concerns about the management of water quality on the reef to help prevent these bleaching incidents from occurring.

As the climate continues to change the bleaching will continue to occur and the effects could be even more widespread and disastrous than they currently are. Three major causes of stress for coral are higher than normal sea temperatures, increased fresh water run off reducing salinity, and poor quality water conditions usually caused by dirty run off flowing from the land into the sea.

Increased sea temperatures have recently been an issue for reefs and have made many corals more vulnerable to the effects of bleaching. The temperature only needs to be raised by one degree Celsius for a period of four weeks for there to be an impact on the coral. If it continues for a period of two months or more then the coral will begin to die.

There are many corals that have a relationship with marine algae. The algae coexist with the coral and will provide the color that is usually associated with coral on a reef. A very large part of the food that coral need is produced by this interconnected relationship. If however, the coral become stressed by environmental factors, then they will often expel the algae leaving only the clear body of the coral. This is when the impact is clearly visible because the coral loses its color and appears to be white.

The coral polyp continues to be alive but its ability to produce food has been greatly reduced. If the conditions continue then the bleached coral will die. Even if the environment improves and the coral is able to continue to exist, recreating the relationship with the algae, the coral is likely to be impacted with greater susceptibility to disease and reduced breeding capacity.

In 2016 a study warned that there was a high probability of a massive amount of coral dying as a result of environmental impacts. It had identified that over 65 per cent of shallow water coral was found dead in a survey of 60 reefs, although there were other areas that had been less severely affected.

Recently researchers have discovered a small number of reefs that are in cool regions that are largely unaffected by the increased sea temperatures. These reefs are functioning very well. They are very healthy and are capable of producing thousands of larvae which will be able to repopulate bleached reefs bringing health back to a greater area. The healthy reefs are well located with currents flowing past them that will ensure that their larvae are able to be distributed among many other reefs that had been impacted by coral bleaching.

An ecologist specializing in coral reef ecology, Professor Peter Mumby, who was working on the research team said that these 100 reefs had the capacity to meet up to 45% of the needs for coral larvae of the Great Barrier Reef. Another factor that is working to the benefit of these reefs is that they have not yet become prone to the crown of thorns star fish which feeds on the coral.

The lead author of the research paper prepared by the research team, Dr Karlo Hock stated that the discovery of these reefs did not however indicate that although the Great Barrier Reef had shown it was resilient it was not safe and was not in great condition.

The Great Barrier Reef Foundation has also been working on finding a solution to assist with the recovery of the reef after bleaching events. It has funded research into artificially producing baby coral. The intention is to be able to use these baby coral to repopulate bleached areas of the great Barrier Reef as well as to be used in other reefs that have been impacted across the world.

Researchers were able to collect coral spawning samples from different areas off Heron Island in the Great Barrier Reef. They were then able to use these to grow coral in controlled conditions in sea water tanks. More than 100 survived and are now growing successfully on special settlement tiles in the reef.

The leader of the project Professor Peter Harrison stated that this research showed that it was possible to start the restoration process where coral populations had been lost or where the natural supply of coral larvae had been negatively impacted. He believes that this process could be developed and that it will be possible to assist in reef recovery by using the large slicks of coral spawn containing millions of larvae which could come from different species of coral.

It seems that with more research it will be possible to reduce some of the impact currently being felt by reefs from climate change, and that these incredible ecosystems will continue to enthral new generations.