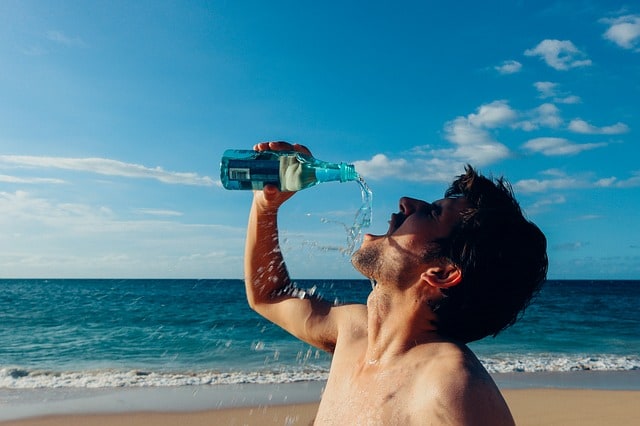 Due to a recent study, it is evident that sea salt isn’t the only item that contains microplastics. With a research on brands all over the world, it has been ascertained that water is often contaminated with little plastic particles that may be difficult to see with the eye.

Furthermore, a new study, which was conducted by journalism non-profit Orb Media and researchers at the State University of New York at Fredonia, has found out that about 93% of the 259 bottled water samples it tested has microplastics. The samples obtained were collected from different places around the world, and from 11 major brands. Also, these researchers have asked the WHO (World Health Organization) to launch a review on the hazards of these microplastics in drinking water.

In this study, about 259 bottles were tested from the 11 different brands purchases from 19 locations in 9 countries. However, the study was successfully carried by the use of fluorescent tagging with Nile Red dye, these researchers discovered not only microplastics but polypropylene, nylon, and polyethylene terephthalate (PET) contamination. These contaminations where found to be of different sizes and widths.

However, in this study, one of the sample bottles showed a large amount microplastic particles per liter (about 10,000); 17 other bottles showed no contamination.

About an average of 10.4 microplastic particles where identified per liter which is almost two times as much contamination revealed from the previous study on tap water by the group.

It is also essential to know that the study by the group involved different brands like Aquafina, Dasani, Evian, Bisleri, Epura, Minalba, Gerolsteiner, Nestle, and Wahaha.

“Everyone has the right to be informed about the safety and the quality of any brand that is purchased for use,” said Lisa Lefferts, a chief scientist at the Center for Science in the Public Interest, to the Orb. “Due to the fact that lots of consumers are paying much for bottled water, is now the duty of these bottled water companies to make sure their products are worthwhile and safe.”

“I would love to ask you to choose a human being who would love to have plastic particles in his/her bottle” added Erik Solheim, an executive director of the United Nations Environment Program. “They wouldn’t like it.”

Furthermore, there has been some other research on these small plastic particles seen in ice cores, deep in some part of the ocean and every other water found on the earth. In addition to this, a disconcerting UN News article stated this: “As many as 51 trillion microplastic particles- 500 times more than stars in our galaxy.”

It is also important to know that the Guardian stated through a WHO spokesman that even though there haven’t been any recorded case of the effects of these microplastics, the organization has made it clear that it is still a major worry. However, the spokesperson also made it clear that the WHO would “take a critical look at the obtainable confirmation, thus, creating a study agenda to notify detailed risk valuation.”

Several brands have replied and questioned the methods used in the study and they said that the number of plastics evaluated was exaggerated.

One brand that has had its say is Nestle. The brand, however, told the CBC that the use of Nile Red dye could “generate results that aren’t true.”

A retailer who retails Evian and Aqua, expressed herself to Orb and said, “These studies are not in any position to comment, due to the fact that the methods used are unclear and shouldn’t be used to generate false positives. There are still unclear information in the topic and the final verdicts of these research are different from one another.”

However, the American Beverage Association, which represents Nestle, Evian, Dasani, and Aquafina, stated to Orb that “the scientific study of microplastics and microfibers is still an emerging area. We stand by the safety of bottled water products and we are interested in contributing to serious scientific research that will help us all to understand the scope, impact and the right steps to take.”

A bottled water brand, Minalba, which is based in Brazil told Orb that it obeys the rules and the security standards of the Brazilian government. Although, other brands like Biserli and Wahaha did not have any say when questioned by Orb.

Even though these are microplastics and they are smaller, that doesn’t mean there are safer either. Recently, some scientist has issued different warnings about microplastics.

Due to the prevalence of these small plastics in our bottled water and even our tap water also, it is likely that we are taking these particles on a daily basis. Some of these microplastics are so small that they can pass through our membranes and into our bloodstreams.

Although we haven’t affirmed the potential dangers of these microplastics, we should just neglect this issue until people are affected.