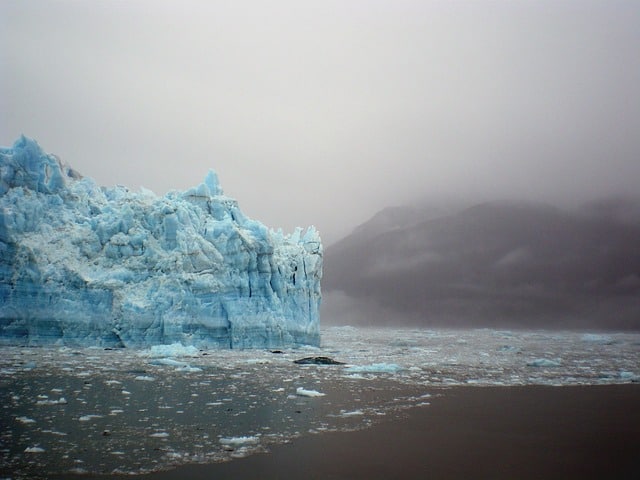 New research discovered that Greenland is melting faster than scientists thought earlier. There is a four-fold increase in the pace of ice loss since 2003.

In Greenland, enormous glaciers are depositing larger chunks of ice than ever into the Atlantic Ocean. It’s melting there and causing the rise of sea levels. According to scientists, the largest ice loss occurred in this decade is in the southwest region of the island which is mostly glacier-free.

As global temperatures are rising, the surface ice is melting. Because of this, gushing rivers of meltwater is flowing into the ocean and causing sea levels to rise. As per the research, South-west Greenland “become a major future contributor to sea level rise” not taken into consideration as a source of woe for coastal cities previously.

Michael Bevis, lead author of the paper and a professor of geodynamics, Ohio State University said, “We knew we had one big problem with increasing rates of ice discharge by some large outlet glaciers.” He added, “But now we recognize a second serious problem: increasingly, large amounts of ice mass are going to leave as meltwater, as rivers that flow into the sea.”

“The only thing we can do is adapt and mitigate further global warming– it’s too late for there to be no effect,” Bevis said.

This is going to cause additional sea level rise. We are watching the ice sheet hit a tipping point.

“We’re going to see faster and faster sea level rise for the foreseeable future. Once you hit that tipping point, the only question is: How severe does it get?”

A study used data from NASA’s gravity recovery and climate experiment (Grace) and Greenland’s scattered GPS stations to analyze changes in ice mass and published in Proceedings of the National Academy of Sciences.

This study showed that between 2002 and 2016, Greenland lost around 280bn tons of ice every year that is enough to raise the sea level annually by 0.03 inches worldwide. If vast ice sheet (3km thick in places) of entire Greenland’s were to melt,  there would be seven meters or more than 20ft rise of global sea levels, drowning most of the coastal settlements.

Researchers said rising global temperatures drove the melting of ice which is four times faster in 2013 compared to 2003 and was due to human-induced climate change and the North Atlantic Oscillation, a periodic weather phenomenon which brings warmer air to western Greenland.

Till date, Greenland’s huge glaciers in the south-east and north-west long considered as a key factor in raising global sea level. Recently, Ohio State-led research suggests another unexpectedly large meltwater source, and that is the island’s southwest ice fields.

The Scientists are now emphasizing on the understanding of the reaction of two massive ice masses on the planet, in Greenland and Antarctica, to a warming atmosphere and ocean.

The tripled ice loss in the Arctic since the 1980s, melting in places like Greenland and Alaska is becoming the greatest instigator of sea level rise while destabilizing the location of four million people.

The ice is vanishing at its fastest rate in recorded history in Antarctica, and it is becoming a serious concern. The largest expanse of ice in the world is losing around 219bn tonnes of ice per year now, a trajectory contributing to more than 25cm rise in total global sea level rise by 2070. Sea levels would balloon around 3.5m if the entire ice sheet of West Antarctic collapses, but over a longer timeframe.

A geologist and glacier expert at Pennsylvania State University, Richard Alley said: “We are warming the planet, this is melting ice, and that is raising sea level.” Alley also warned on the uncertainties over future sea level rise saying “if the big ice sheets change more rapidly than expected, they could drive faster or much faster rise than expected.”